The IOM Constitution1 provides a framework for the purposes, functions, legal status, finance, membership and other issues necessary for the functioning of the Organization.

the Resolution adopted on 5 December 1951 by the Migration Conference in Brussels,

The INTERNATIONAL ORGANIZATION FOR MIGRATION, hereinafter called the Organization, and ACCEPT THIS CONSTITUTION.

CHAPTER I – PURPOSES AND FUNCTIONS

The Members of the Organization shall be:

There are established as the organs of the Organization:

The functions of the Council, in addition to those mentioned in other provisions of this Constitution, shall be:

The Council may admit, upon their application, nonmember States and international organizations, governmental or non-governmental, concerned with migration, refugees or human resources as observers at its meetings under conditions which may be prescribed in its rules of procedure. No such observers shall have the right to vote.

The Council may set up such subsidiary bodies as may be required for the proper discharge of its functions.

The Council shall adopt its own rules of procedure.

The Administration shall comprise a Director General, two Deputy Directors General and such staff as the Council may determine.

The Director General shall appoint the staff of the Administration in accordance with the staff regulations adopted by the Council.

At the regular session of the Council following the end of each financial year, the Director General shall make to the Council a report on the work of the Organization, giving a full account of its activities during that year.

The Director General shall submit to the Council an annual budget covering the administrative and operational requirements and the anticipated resources of the Organization, such supplementary estimates as may be required and the annual or special accounting statements of the Organization.

The financial regulations shall be established by the Council.

The Organization shall possess full juridical personality. It shall enjoy such legal capacity, as may be necessary for the exercise of its functions and the fulfilment of its purposes, and in particular the capacity, in accordance with the laws of the State:

Any dispute concerning the interpretation or application of this Constitution which is not settled by negotiation or by a two-thirds majority vote of the Council shall be referred to the International Court of Justice in conformity with the Statute of the Court, unless the Member States concerned agree on another mode of settlement within a reasonable period of time.

The Council may, by a three-quarters majority vote of its members, decide to dissolve the Organization.

This Constitution shall come into force, for those Governments Members of the Intergovernmental Committee for European Migration which have accepted it in accordance with their respective constitutional processes, on the day of the first meeting of that Committee after:

shall have communicated to the Director their acceptance of this Constitution.

Those Governments Members of the Intergovernmental Committee for European Migration which have not by the date of coming into force of this Constitution communicated to the Director their acceptance of this Constitution may remain Members of the Committee for a period of one year from that date if they contribute to the administrative requirements of the Committee in accordance with paragraph 2 of Article 20, and they shall retain during that period the right to accept the Constitution.

The English, French and Spanish texts of this Constitution shall be regarded as equally authentic.

2 Articles 29 and 30 were implemented upon the entry into force on 30 November 1954 of the Constitution of 19 October 1953 (at that time Articles 33 and 34) of the Intergovernmental Committee for European Migration (former designation of the Organization). 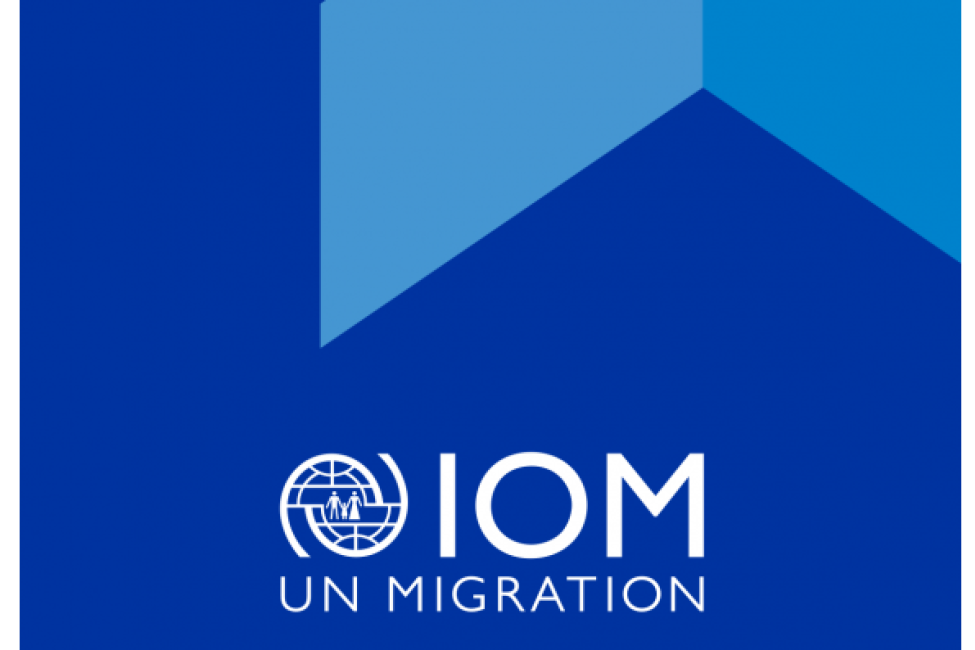 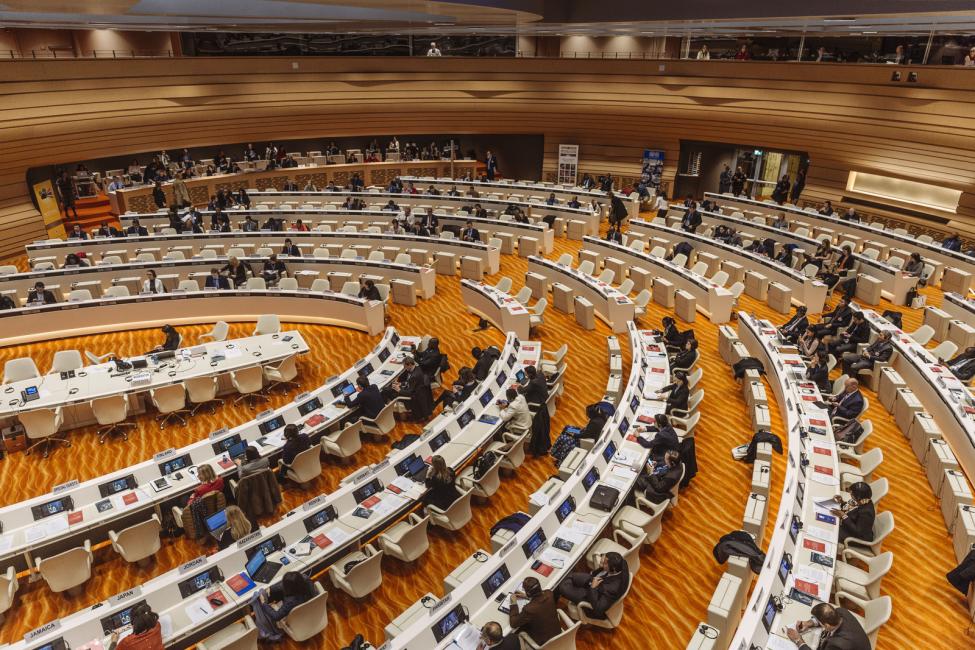 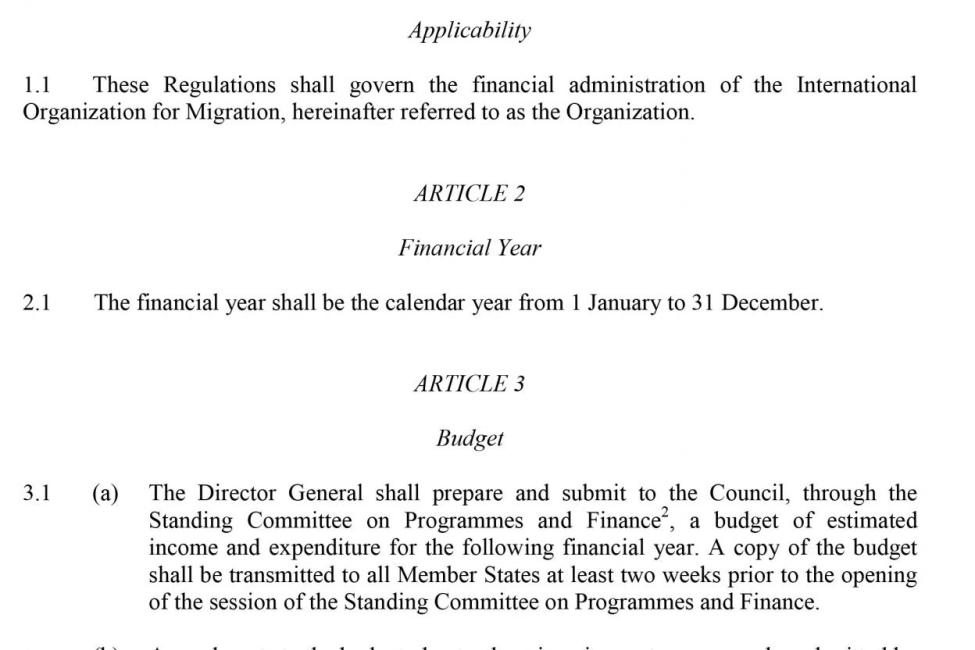 Rules of Procedure of the Council

Constitution and Basic Texts of the Governing Bodies