IOM possesses full juridical personality and has its Headquarters in Geneva. It currently has 174 Member States.

The Organization’s organs are the Council and the Administration.

The Council, on which each Member State has one representative and one vote, is the highest authority and determines IOM policies.

The Standing Committee on Programmes and Finance

The Standing Committee on Programmes and Finance (SCPF) is a subcommittee of the Council. It is open to the entire membership and normally meets twice a year to examine and review policies, programmes and activities, to discuss administrative, financial and budgetary matters and to consider any matter specifically referred to it by the Council.

Rules of Procedure of the Council 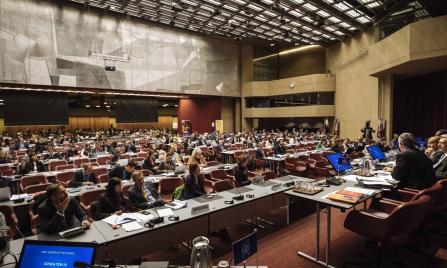