The country's geographic location, porous borders, undeveloped infrastructure, poverty, and the repetitions of socio-political crises make it a point of origin and transit for many irregular migrants, as well as a transit point for drugs and small weapons. Operational and administrative capacity of the government to manage migration flows needs to be developed. This includes capacity of managing bilateral and regional border check-points, prevention of migration-related crimes, raising awareness of the risks of irregular migration and trafficking in persons, youth employment and entrepreneurship, as well as capacity building for the judiciary and law enforcement agencies to articulate the fight against trafficking in persons.

The region of Guinea Forestiere is also of concern, as it is likely to be the recipient of people fleeing from humanitarian crisis in the area. As a result of recent conflict, many vulnerable groups such as Internally Displaced Persons (IDPs), former combatants and returnees need to be included in reintegration programmes in order to guarantee the very fragile and relative stability of the region.

IOM Guinea is actively involved in resettlement programmes and movements, notably to countries such Australia, USA, Canada, and other European countries. There are other cases of family reunifications to Belgium and France. The expected resettlement figure for 2010 is expected to be 1,100 individuals to the aforementioned resettlement countries. IOM Guinea offers Cultural Orientation programmes for migrants to Australia and Canada prior to departure, with an estimated 465 and 50 individuals respectively to undergo cultural orientation in 2010.

IOM Guinea undertakes other medical activities on behalf of requesting embassies and countries, in the area of DNA sample collection, medical health assessment for sponsored prepaid cases for persons not covered under the government resettlement programme.

The mission, with financial support from the Swiss Development Cooperation (SDC) has embarked on the second phase of the project “Micro-credit for Unemployed Youth in Guinea”, with the primary purpose of engaging unemployed youth in income generating activities and providing beneficiaries with entrepreneurial skills, thus curbing irregular migration among the youth. Phase II of the project was launched in March 2010 in Mamou, and so far has given training workshops on entrepreneurial skills to 500 potential youth beneficiaries of loans in seven administrative regions. Preparations are underway to engage a rural credit union for the disbursement of the loans to those beneficiaries to be selected based on the submission of their business plans. The project is expected to end in 2011.

IOM Conakry, with key partners in the Republic of Guinea, has undertaken the development of a pilot project to strengthen the management of migration flows at the international airport of Conakry. Considered a strategic point of entry and exit of migrants, this airport will benefit under the current project, the installation of an innovative system for scanning, archiving and retention of data on passengers through the System for Identification and Recognition of Persons. This system is already installed by IOM and operational in several African countries, among them Mauritania, Liberia, and Tanzania. IOM is also providing support in the provision of computer equipment as well as the training of airport staff in the management of the equipment and tools on migration management, and the technical support from the African Capacity Building Centre in Tanzania.

There has been a steady increase in Assisted Voluntary Return and Reintegration (AVRR) of Guineans earlier in 2010. The mission has so far received returnees from Italy, Sweden, the Maghreb region, and the United Kingdom, with an increase in the number of women and young returnees.

In recent years, Belgium has experienced a growing number of Guinean migrants who in the course of their stay in Belgium have their statuses changed to asylum seekers and therefore fall under irregular situations. To overcome the lack of information on the obligations of migrants and to avail of the legal channels for migration, an outreach project has been launched in Conakry to help put in place a mechanism to raise awareness among the population about the dangers of irregular migration as well as informing the populace on legal procedures and on applications for asylum. The campaign will target the student population within Conakry and Kankan, Labe, particularly affected by the phenomenon of emigration to Belgium.

IOM Guinea, since 2006, has been offering information and courier services for Canadian visa requests in collaboration with the Canadian Embassy in Dakar, Senegal. The IOM Guinea office is the designated visa application submission site in Guinea on behalf of Citizenship and Immigration Canada (CIC). IOM staff assist applicants by verifying that application forms and all necessary documentation are complete and present before forwarding the application to the Canadian Embassy for processing. The mission dispatches applications to Dakar, Senegal, receives the processed passports from the Embassy, and hands them over to the applicants.

Launched in 2007, and extended till 2010, the IOM programme to fight human trafficking has contributed to strengthening the capacity of 196 judges, law enforcers, prosecutors, and NGOs on the legal framework of Guinean law enforcement, in cases related to trafficking. This programme has been implemented in Conakry, including seven administrative regions. It has also improved the functioning of the national committee on combating trafficking, through logistical support, to fight trafficking in persons. The programme has provided key players with an evaluation report and analysis of legislative proposals with legal reforms in the fight against trafficking in persons in Guinea. Currently the project is in its final stages, with the possibility of extension. The project is funded by the US State Department. 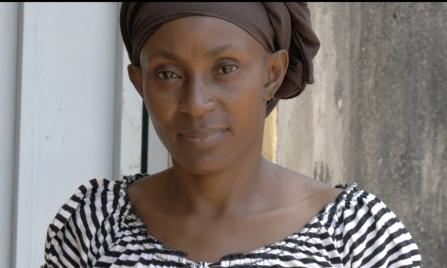 Life Stories of Returnees in Guinea