END_OF_DOCUMENT_TOKEN_TO_BE_REPLACED

Long an emigration country, Portugal began receiving high inflows of migrants from the Portuguese-speaking countries in Africa as of the mid-70s onwards, notably Cape Verde, Angola, Guinea-Bissau, São Tomé and Príncipe and Mozambique.

Owing to economic growth from the 1990s onwards, relevant influxes of labour migrants from Brazil and the Eastern European countries, namely Ukraine, Moldova, Russia and Romania were registered.

At present, there are over 445,000 regular migrants residing in Portugal (2010), accounting for about 4 per cent of the total population. Considering the reality of these migration flows – particularly the high inflow of Brazilian migrants, populations from Portuguese-speaking countries in Africa and labour migrants from Eastern Europe, IOM assists and works together with the Portuguese Government in migration management in the fields of assisted voluntary return and reintegration, counter-trafficking, migration and development, labour migration and integration.

Migration and Development is being increasingly regarded as a strategic and operational priority and there is a growing consensus at all levels about the positive impact that the application of migrants’ competencies and skills – but also of savings and remittances – can have on the development of countries of origin, transit and destination.

As part of its mandate, IOM has been strengthening the relationship with Governments in an effort to support them in managing migration flows and obtaining development gains. Besides strengthening dialogue with governmental and diaspora stakeholders of countries with sizable communities in Portugal (i.a., by facilitating discussion between diaspora and its Governmental representatives back home through the IOM-led “Diaspora Dialogues”), concrete steps were taken to strengthen the migration/development nexus, namely by developing and implementing projects producing measurable results.

IOM Portugal implemented the DIAS DE Cabo Verde (DIASpora for the DEvelopment of Cape Verde) project to contribute to the socio-economic development of Cape Verde through the matching of professional needs in priority sectors in this origin country, with available competences and skills in countries of the diaspora. Additionally, and aiming at strengthening the Cape Verdean private sector, the project promoted migrant entrepreneurship in the origin country, particularly in the constitution of entrepreneurial partnerships and the creation of business projects. The project was promoted by the Cape Verdean Institute of Communities. IOM Portugal is currently seeking to continue this process by expanding the framework.

As part of the ongoing implementation of the Mobility Partnership signed between the European Union (EU) and Cape Verde, IOM Portugal also supports the strengthening of the Centre for Migrant Support in the Origin Country (CAMPO) as a structure delivering pre-departure and post-return orientation and referral, as well as concrete support to Cape Verdean migrant entrepreneurship in the country of origin.

Specifically requested by the Government of Guinea-Bissau and embedded in a wider diaspora mobilization strategy, the IOM Development Fund-funded project (formerly the 1035 Facility) "Assessment of the Development Potential of the Guinea-Bissau Diaspora in Portugal and France" aims at strengthening the ties between Guinea-Bissau and its diaspora communities and paves the ground for the mobilization of its human, social and financial resources through future migration and development initiatives in this West African country.

IOM activities in the field of regulating migration flows link with the Assisted Voluntary Return and Reintegration Programme. This initiative funded by the European Commission evolved from cooperation between the Portuguese Government and IOM Portugal as of 2001 and aims at putting an effective, dignified, humane and sustainable policy into practice for the voluntary return of foreign citizens to their countries of origin or to third countries willing to receive them. From 1997 to 2010 over 3,300 people from more than 50 different countries were supported in their return to countries of origin.

Support to reintegration is also provided under this programme and can come in different forms: among others, migrants can benefit from referral for professional training or support to the constitution of a micro-enterprise. The type of assistance provided is tailored to migrants’ needs and may consist of support for the definition of an Individual Reintegration Plan and a Business Plan.

Since 2009 IOM Lisbon has worked to increase the support provided within this framework. For that purpose, pre-departure and post arrival assistance were strengthened as well as the activities undertaken in partnership with the network of partners and counselors established in Portugal and in the main states of return in Brazil. Currently the Assisted Voluntary Return Programme ex Portugal is funded by the European Return Fund – 2010 and co-funded by the Border and Alien Services (SEF).

IOM missions in Kyiv and Lisbon, with the support of the Immigration and Borders Service of Portugal and the Institutes for Employment and Professional Training in Ukraine and Portugal, develop and test the operational framework and logistical roadmap for the pilot circular migration scheme between Ukraine and Portugal. The goal is to support regulated labour migration from Ukraine to Portugal and contribute to the development of the country of origin, within the framework of the existing bilateral agreement on temporary migration between the two countries. In the sequence of the contacts with private companies in the agriculture field, IOM Lisbon is facilitating the selection and recruitment of Tunisian workers, under the framework of the IOM Tunisia YEM Programme.

The Portuguese government has carried out important work in the field of integration, mostly through its High Commission for Immigration and Intercultural Dialogue (ACIDI), a governmental structure under the Presidency of Council of Ministers. ACIDI, one of IOM Lisbon’s main partners, has asked IOM to carry out for the third time an evaluation of the work of its migrant support centres, "one-stop-shop" type structures set up in Lisbon, Porto and Faro. ACIDI is running a Network of 25 GIP Imigrante (mini job centres dedicated to immigrants) and IOM Lisbon carried out its evaluation.

IOM Lisbon is a partner in several international research studies on different aspects of migration, mostly funded by the European Commission. In addition, there are national studies carried out in partnership with university research centres and with the funding of government bodies such as the High Commission for Immigration and Intercultural Dialogue and the Commission for Citizenship and Gender Equality, both structures under the Presidency of Council of Ministers’ mandate.

The effective integration of migrants into host societies is one of the most urgent challenges facing government and civil society today.

With a gender-sensitive approach, IOM has developed, in partnership with university centres, a research study to deepen knowledge about the strategies of migrant women entrepreneurs in Portugal, their socio-demographic profile and the key issues and problems faced by women from ethnic minorities running their own businesses. The objective is to provide recommendations to policy development, in order to facilitate effective support for this target group.

The creation of a database of migrant expertise has for its objective the improvement and increase of the presence and contributions made by migrants to television shows, debates, reports and entertainment as main actors, so as to reflect the multicultural composition of Portuguese society and promote migrants as positive role models.

IOM is carrying out research on the Electoral Participation of Foreigners in Portugal – Emigrants and Immigrants. IOM’s approach to the migration-citizenship nexus, focused on electoral rights, will simultaneously study Portugal’s policies regarding the status of external citizenship as a sending country vis-à-vis immigrant communities as a receiving country. The study looks at the dual position of Portugal as an emigrant and immigrant state with regard to electoral participation. 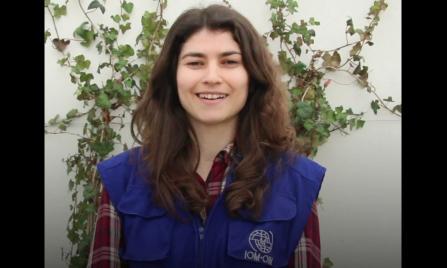 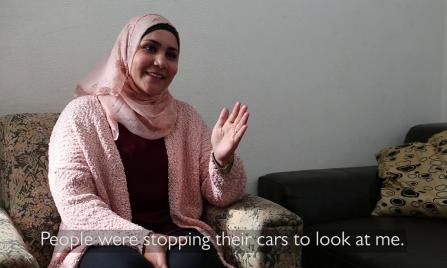