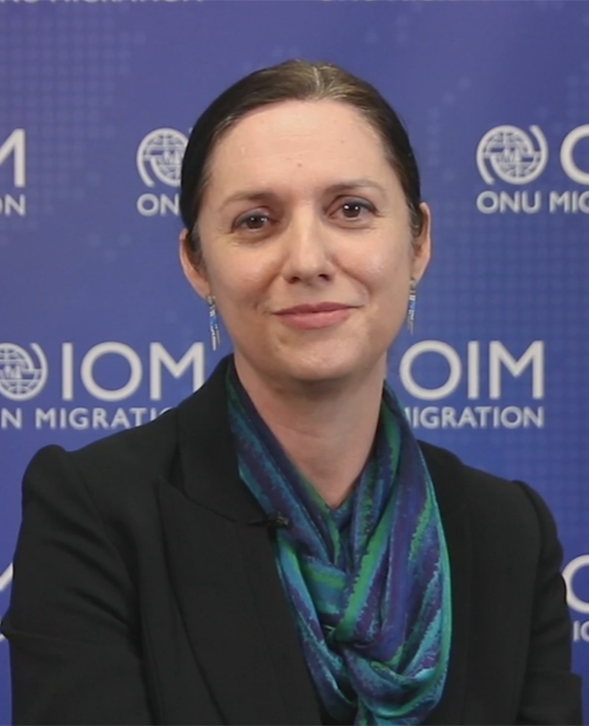 Marie McAuliffe is the head of the Migration Research & Publications Division at IOM headquarters in Geneva and Editor of IOM’s flagship World Migration Report. She is an international migration specialist with more than 20 years of experience in migration as a practitioner, program manager, senior official and researcher.

Marie has researched, published and edited widely in academic and policy spheres on migration and is on the editorial boards of scientific journals International Migration and Migration Studies, and is an Associate Editor of the Harvard Data Science Review. She edits IOM’s World Migration Report in partnership with leading migration researchers (2018 edition with Prof Martin Ruhs, 2020 edition with Prof Binod Khadria and 2022 edition with Prof Anna Triandafyllidou). She is also the incoming editor of IOM's Migration Policy Practice journal (from mid-2022).

Marie is a Senior Associate (non-resident) at the Centre for Strategic and International Studies (CSIS), senior fellow at the Global Migration Centre at the Graduate Institute in Geneva and a Sir Roland Wilson Fellow at the School of Demography at the Australian National University (ANU). She co-chairs the World Bank’s KNOMAD thematic working group on migration data and demography (with Rainer Muenz), is a member of MIT’s Global Technology Review Panel, IUSSP’s panel on international migration and curates the World Economic Forum’s Migration Transformation Map. Marie is also on the board of directors of the Academic Council on the UN System (ACUNS). She has been regularly called upon to advise Ministers, senior officials and CEOs on migration and displacement, including former UN Secretary General, Mr Kofi Annan, in his capacity as Chair of the Advisory Commission on Rakhine State.

Marie has led research, analysis and policy teams in government and previously consulted to IOM, ILO as well as in the private sector, including in South Korea, Russia, Central Asia and Turkey. For three years (2012–2014), Marie directed the $6.5 million Australian irregular migration research program involving 31 applied/academic researchers in 12 fieldwork countries to deliver 20 complex research projects. In addition to government briefings, academic workshops and conferences, a government-research high level strategic dialogue series and 22 research occasional papers, the program resulted in an ANU Press book edited by Marie (with Khalid Koser). In late 2014 Marie was awarded a Sir Roland Wilson scholarship to complete doctoral research at ANU on irregular migration (approved late 2017). She is the 2018 recipient of the Charles Price Prize in demography for outstanding doctoral research in migration studies.