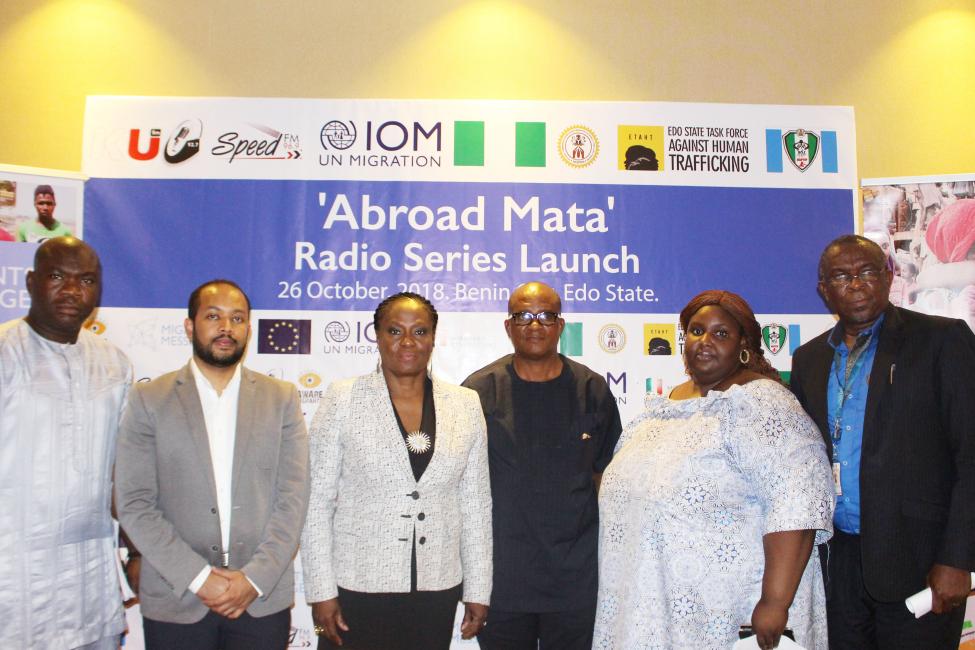 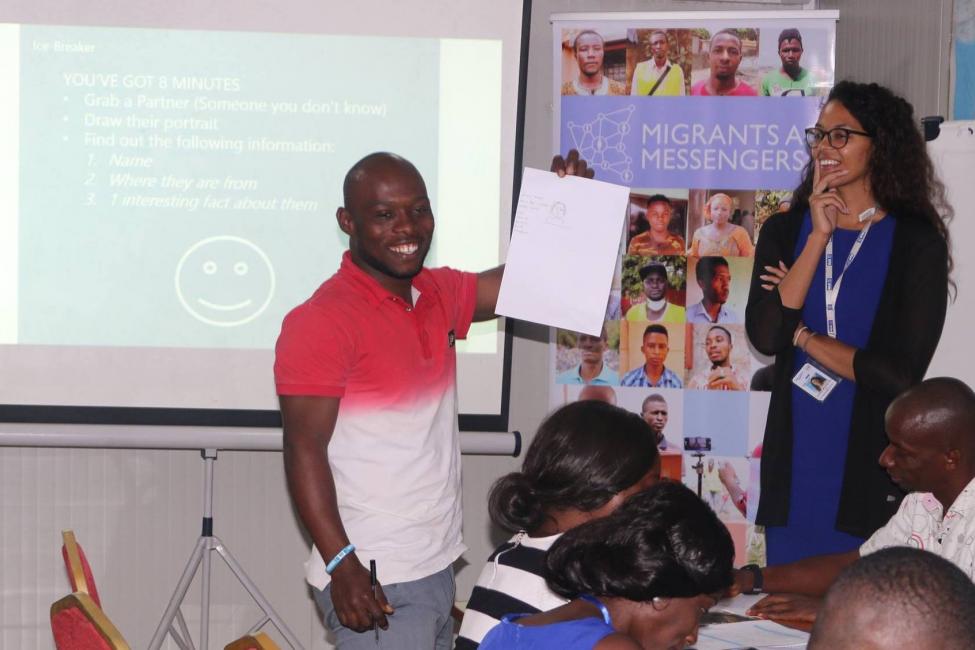 Benin City – On 26 October, IOM, the UN Migration Agency, in Nigeria launched Abroad Mata, a radio programme on the perils of irregular migration and opportunities to migrate safely, during a press briefing at the Golden Tulip Hotel in Benin City, Edo State.

The awareness raising initiative is part of the Migrants as Messengers and Aware Migrants projects in Nigeria. The National Commission for Refugees, Migrants and Internally Displaced Persons (NCFRMI), the National Agency for the Prohibition of Trafficking in Persons (NAPTIP) and the Edo State Task Force on Human Trafficking, as well as several local radio stations, joined IOM to co-produce the series.

During the launch, IOM presented the first episode of Waka Well, which follows the story of Patricia, a young Nigerian trying to reach Europe through Libya.

Each episode will include commentary from IOM staff and government officials about corresponding migration issues in Nigeria – such as the social factors behind migration, the role of traditional and religious leaders and the role of the Migrant Resource Centers (MRCs) to inform migrants about safe migration pathways.

“The idea is to create awareness through the candid testimonies of returnees who have gone through the harrowing journey both at sea and through the Sahara. The programme will also promote social cohesion and deal with the issue of stigmatization of returned migrants,” said Abrham Tamrat, IOM Nigeria Head of Sub-Office in Lagos and Project Manager of the EU-IOM Joint Initiative for Migrant Protection and Reintegration.

“The best way to take migration to the public is through radio due to its wide coverage and following,” said Charles Anaelo, NCFRMI Assistant Director, Migration Division.

“We need to raise these issues of irregular migration and human trafficking on the radio in order to serve our compatriots, our children. And we need strong narratives to drive the message,” said Arinze Orakwue, NAPTIP Director of Public Enlightenment.

This radio programme is one of IOM’s many Communication for Development (C4D) initiatives, a people-centred and evidence-based approach that uses communication methods, media and other tools to promote social and behaviour change.

“This radio programme and other awareness raising activities are aimed at giving hope to our youth, a hope that is realistic and does not endanger them,” said Yinka Omorogbe, Chairperson of the Edo State Taskforce Against Human Trafficking. “Changing mindsets is a huge task, so we need to reach as many people as possible.”

Since April 2017, IOM has assisted in the voluntary return of over 10,283 stranded Nigerian migrants from Libya, Niger, Mali and other transit/destination countries under the EU-IOM Joint Initiative for Migrant Protection and Reintegration in Nigeria. As part of reintegration assistance, IOM has conducted business skills training for 3,695 returnees.