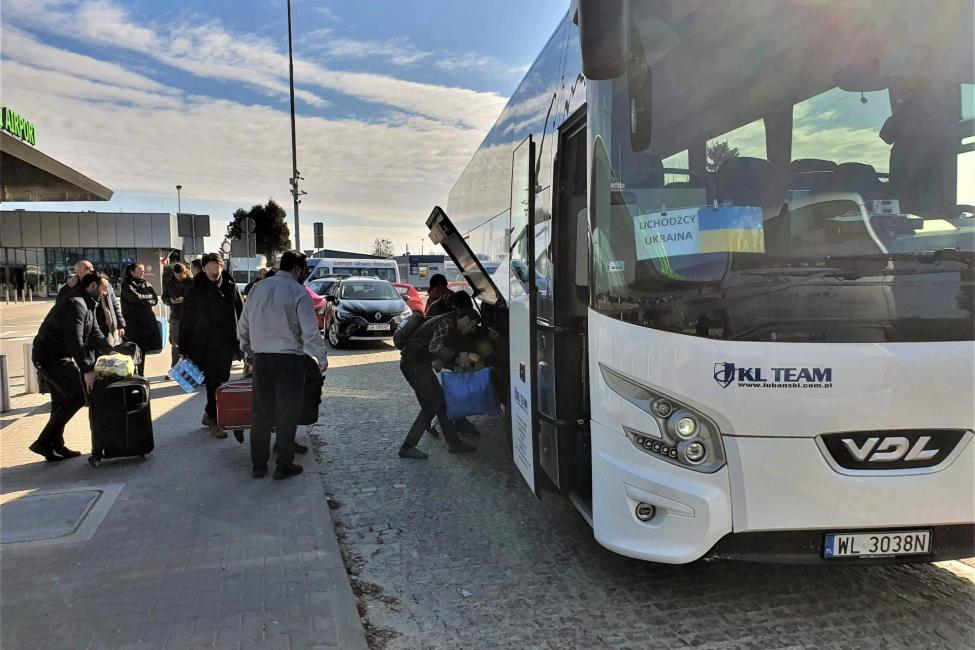 Azerbaijan – The International Organization for Migration (IOM) this week helped 123 Azeris fleeing the war in the eastern Ukrainian city of Kharkiv to return home.

The group was stranded and running out of money in the Polish city of Katowice when IOM and government authorities teamed up to make transport available to bring them to Bucharest and on to Baku by air.

They are among the more than 3 million people who have fled the war in Ukraine, 162,000 of whom are third-country nationals from more than 140 other countries, including many former Soviet Republics.

Some of those assisted are married to Ukraine nationals while others were working or studying in the country prior to the war.

“When we received the request to assist with arranging buses we had to act quickly as transport is in high demand,” said IOM’s Azerbaijan chief of mission Vladimir Gjorgjiev.

“Thanks are due to our colleagues in Poland who sourced transport. Now we’re looking forward to welcoming the returnees home and helping them get whatever assistance is needed to get them back on their feet.”