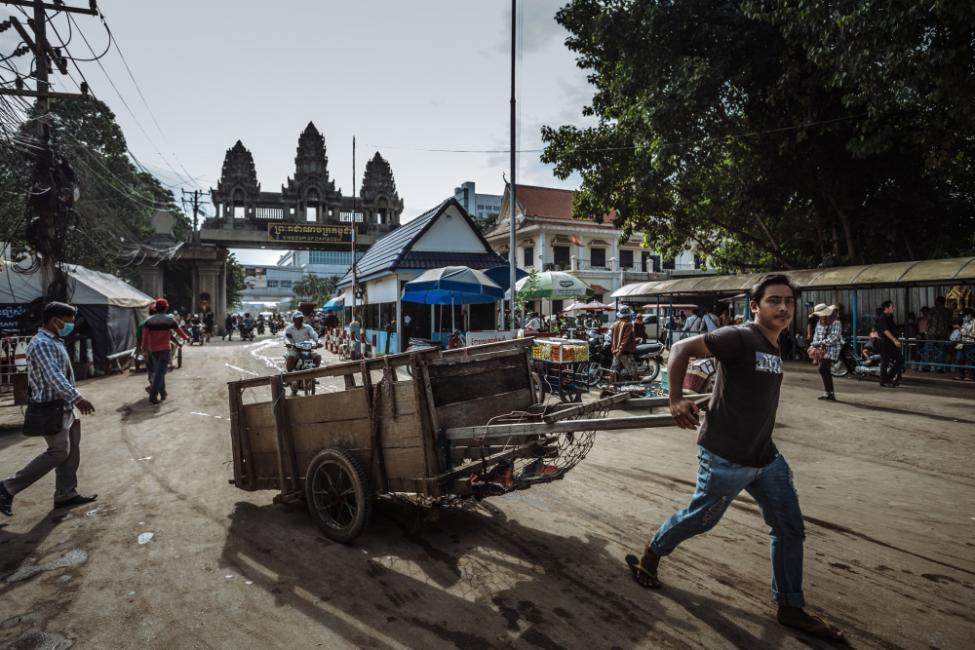 Bangkok – Labour migration to Thailand has a significant impact on the socioeconomic well-being of Cambodian migrants and their families, according to a new study conducted by IOM and Chulalongkorn University’s Asian Research Centre for Migration (ARCM).

“Assessing Potential Changes in the Migration Patterns of Cambodian Migrants and their Impacts on Thailand and Cambodia” investigates the situation of the estimated 650,000 Cambodians who work in Thailand. It is among the most comprehensive research studies ever conducted on this often poorly understood group.

Among their findings: Most Cambodian migrants in Thailand were relatively poor before they migrated and chose to leave because of better job opportunities and higher wages across the border. A majority now work in relatively low-wage jobs, concentrated in labour-intensive economic sectors including agriculture, construction, fishing and manufacturing.

While 97 per cent of Cambodian migrants reported that their working conditions were “good” or “satisfactory,” the survey found that one third received less than the minimum wage of the Thai province in which they worked. Documented migrants received higher wages than those who worked on a day pass or those who were undocumented.

Despite the low wages, Cambodian migrants remit an average of THB 39,312 (USD 1,228) per year. Interviewees said that remittances are crucial in maintaining or improving living conditions for their families back in Cambodia.

Other benefits from migration included increased savings and developing new skills, which interviewees said they expected would help them secure better jobs with higher wages either in Thailand or Cambodia.

Cambodian migrants tend to migrate with their spouses, despite Thai regulations making no provision for family migration. Three-quarters of respondents were married and 85 per cent of those surveyed were living with their spouse in Thailand. Over half of all respondents had children, children often left behind in Cambodia with relatives.

In addition, Cambodian migrants tend to re-migrate to Thailand multiple times. Almost three-quarters of respondents had worked in Thailand previously. Although most plan to return to Cambodia, few intend to do so soon, often preferring to stay six years or more before returning home.

The report concludes with tailored recommendations for the Thai and Cambodian governments – and development partners – to create evidence-based policies, strategies and interventions to maximize developmental benefits of safe, orderly and regular migration.

“For over five decades, Cambodian workers have migrated to Thailand in high numbers for employment, contributing to Thailand's economy and playing a critical role in filling labour shortages in key economic sectors. This study acts as a good starting point for all migration practitioners to better understand the nature of Cambodian migration to Thailand,” said IOM project manager Nathan Webb, who oversaw the report.

The study, which was funded by the IOM Development Fund, builds on the success of two previous IOM reports on Lao and Myanmar migrants in Thailand, also in collaboration with Chulalongkorn University.