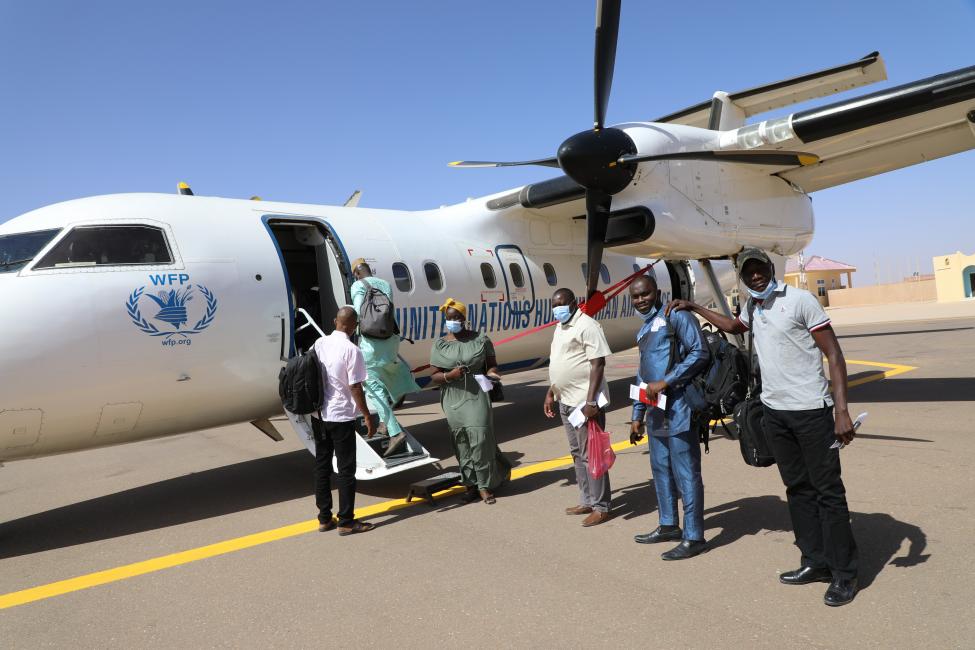 Niamey – Since 2017, over 1,600 Gambian migrants stranded in Niger have returned home with support from the International Organization for Migration (IOM). Niger, in fact, was the top country of returning migrants to The Gambia in both 2019 and 2020.

However,  the voluntary return process of Gambians in Niger to their home country continues to be a challenge as many Gambian don’t have a passport or other travel documents when they arrive in Niger. As the Government of The Gambia doesn’t have a consulate or embassy in Niamey, this poses many problems for Gambian nationals to travel back. In addition, the mobility restrictions brought by COVID-19 have left many migrants stranded in Niger, including Gambians which prompted the first-ever consular mission by a delegation of The Gambian government to Niger aimed at better understanding the situation and addressing the needs of their nationals.

With support of the EU-IOM Joint Initiative for Migrant Protection and Reintegration, funded by the EU Emergency Trust Fund for Africa, consular missions like these accelerate the voluntary return process.

Composed of representatives from the Offices of the President and Vice President, the Ministries of Foreign Affairs, Interior and Trade, and the Immigration Department, The Gambia delegation met first with Niger’s Ministry of Foreign Affairs and the Directorate of Territorial Surveillance to discuss the feasibility of opening a consular presence in Niamey and explore ways to improve the collaboration on issuing travel documents to Gambian migrants in Niger.

The delegation also visited IOM’s transit center in Agadez. Since the beginning of the pandemic, dozens of Gambians have resided in the transit center, where IOM provides meals, essential supplies, health checks, awareness raising sessions on the coronavirus and PCR-COVID-19 testing before departure.

During the visit, the Gambia Immigration Department’s representative issued travel documents to 30 Gambians who returned home on 3 February.  “We have spent some time now in Niger and can’t wait to be back home,” one Gambian migrant told the delegation. “Each day we spend here is a day we can’t help our families, as we are here without jobs. Hopefully this delegation will help us to go home soon.”

For his part, the Deputy Permanent Secretary for the Office of the Vice President, Deputy Permanent Secretary, Saikou Trewally, explained that Agadez is a key point through which many Gambians pass heading toward Libya, Algeria, Morocco, or when coming back. “We sought information about Gambians living in Niger, to better understand their current situation and discuss matters regarding their welfare,” he said.

“We could see that, in terms of prosecuting those involved in smuggling and the trafficking of persons, Niger is ahead of The Gambia. In The Gambia, very soon there will be legislation regarding people smuggling”, Trawally added.

Finally, the delegation met the leadership of the Gambian Association in Niger, to get a better sense about the number of Gambians in the country, understand their needs and discuss how the association can support consular work.

“The European Union is proud to support the reinforcement of Gambian consular capacities in the region, including for vulnerable migrants stranded in Niger. The European Union continues to stand ready to support returnees and protect migrants, in collaboration with the Gambian authorities”, remarked Ms. Else Boonstra, Chargée d’affaires a.i. at the European Union Delegation to The Gambia.