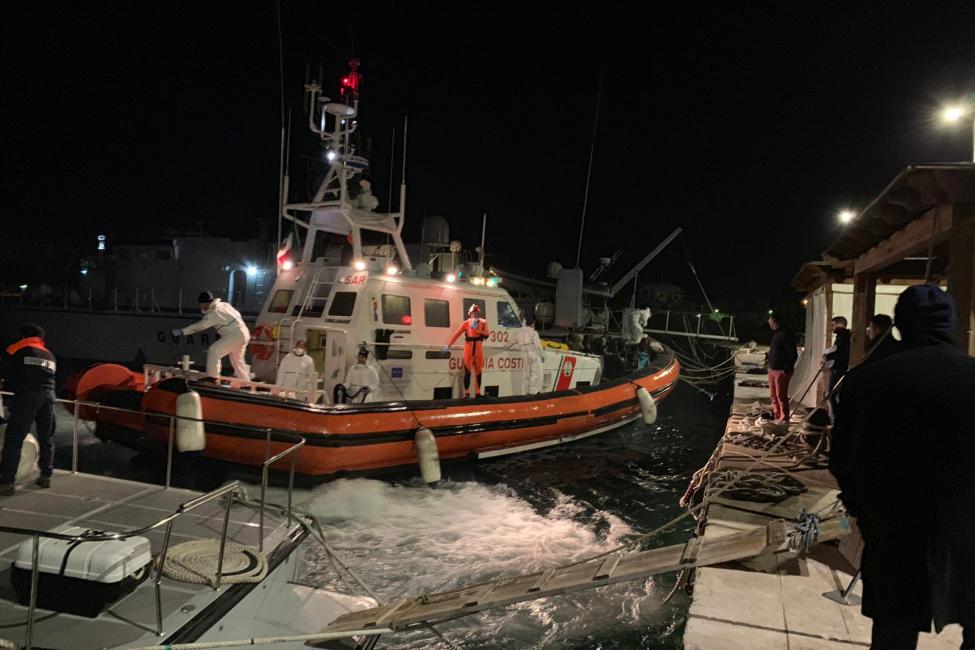 Rome – Twenty-one people lost their lives in a shipwreck off the coast of Lampedusa, Italy, on Saturday (23/11) when a boat, carrying 170 Europe-bound migrants, capsized 1.6km from the island as it was being escorted by the coast guard.

Five bodies have so far been recovered, and at least 16 others remain missing. Recovery efforts have now resumed after being hampered for several days by poor weather, IOM officials said today. The process of victim identification has begun.

Among the 149 survivors are 26 minors, some of whom lost their parents in Saturday’s tragedy. They spoke to IOM staff about the dire conditions and abuse they experienced in Libya.

IOM provided assistance to the survivors, as well as 213 other people rescued by the NGO vessel Ocean Viking and brought to Messina, Sicily.

"Events of the past few days prove once more that crossing the Mediterranean is still extremely dangerous,” said Laurence Hart, Director of the IOM Coordination Office for the Mediterranean.

“On the other hand, migrants' testimonies confirm that the situation in Libya is critical and that many are victims of abuse and violence. Saving lives at sea must still be the number one priority, and now more than ever, it is important to bring rescued migrants to a safe port."

The latest tragedy brings the total number of deaths recorded in the Mediterranean in 2019 to 1,136, including 740 in the central Mediterranean route alone, which remains the planet’s deadliest sea crossing.

According to official figures provided by the Ministry of the Interior, 610 migrants arrived by sea to Italy in four days, between Thursday 21 to Sunday 24 November. The total number of arrivals by sea registered so far is 10,566.