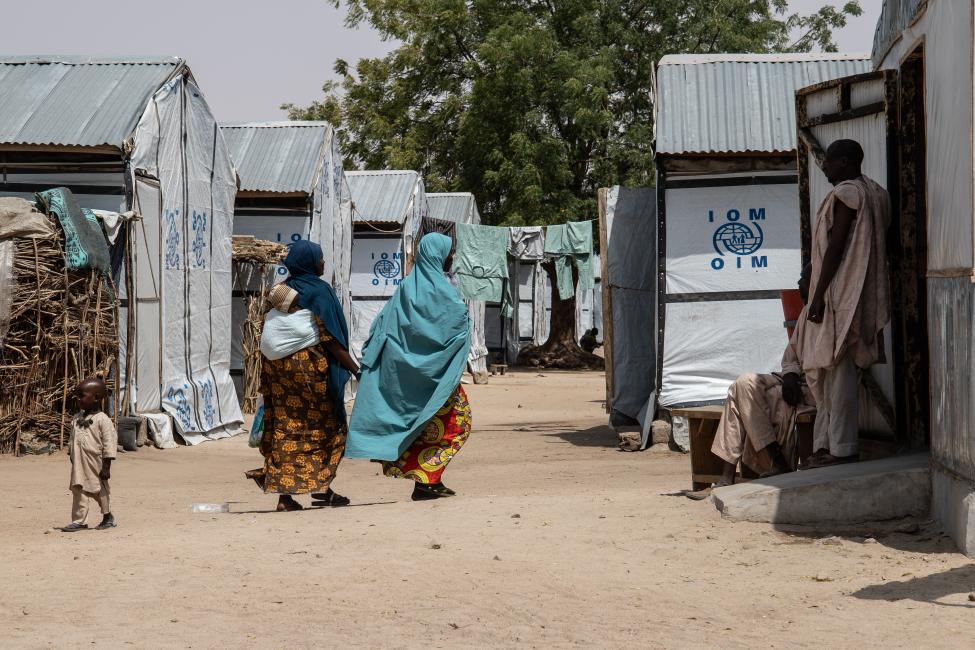 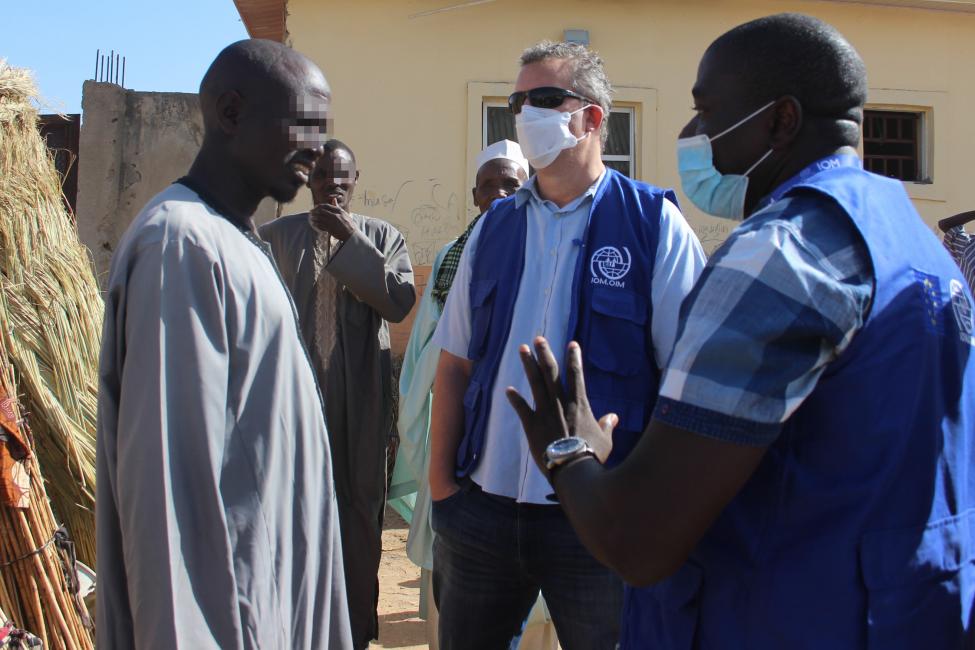 Maiduguri –  Unrelenting violence in north-east Nigeria has prompted new waves of displacement to congested camps in 2020. The International Organization for Migration (IOM) has begun rolling out a new decongestion strategy in collaboration with humanitarian partners that aims to reduce overcrowding in over 55 per cent of the camps in Borno State – where four out of five internally displaced persons (IDPs) currently live in overcrowded sites.

Overcrowded conditions in camps with makeshift and temporary shelters built near each other make physical distancing to prevent the spread of COVID-19 impossible, in addition to increasing risks of fire outbreaks and reduced accessibility.

“Displaced populations in the north-east are facing severe hardship due to increased insecurity, disrupted livelihoods and ongoing risks of transmission of COVID-19,” said Jeffrey Labovitz, IOM Director of Operations and Emergencies, during a visit to camps in Borno this week.

Since the start of the COVID-19 pandemic, the number of people in need of humanitarian assistance has grown by 3.5 million – from 7.1 to 10.6 million – the largest number since the joint humanitarian response began five years ago.

The number of IDPs in Nigeria’s worst-affected states of Borno, Adamawa and Yobe rose from 1.8 to 1.9 million in 2020, according to IOM’s Displacement Tracking Matrix. The majority live in precarious, makeshift shelters that expose inhabitants to harsh weather conditions as well as gender-based violence and other security threats.

Decongestion efforts in overcrowded sites are a temporary yet timely measure to better the living conditions of displaced families.

In the town of Dikwa, IOM has relocated 899 individuals from a projected total of 1,235 to improved shelters at the recently established Umarti camp following the approval of local and State authorities.

The relocation efforts in Dikwa, where 17 camps host 60,848 individuals, will provide better living conditions for the population and lessen protection, disaster and health risks while bringing them closer to key services and facilities such as health and food distribution.

The precarious security situation has also created obstacles for humanitarians providing assistance in remote locations. Since 2019, three out of nine IOM-managed humanitarian hubs – sites where humanitarians work and live – in Banki, Ngala and Monguno towns have been targeted during attacks by non-state armed groups.

“Greater financial support is needed to strengthen the security measures for these hubs and ensure the safety of aid workers. Without these facilities, essential services in conflict-affected areas would come to a halt,” added Labovitz.

The eleven-year conflict in the north-east has spread to areas surrounding Lake Chad, prompting one of the world’s most severe and complex humanitarian crises.

Less than two months before the end of the year, aid actors have received less than half the funding needed to assist the 7.8 million people targeted.