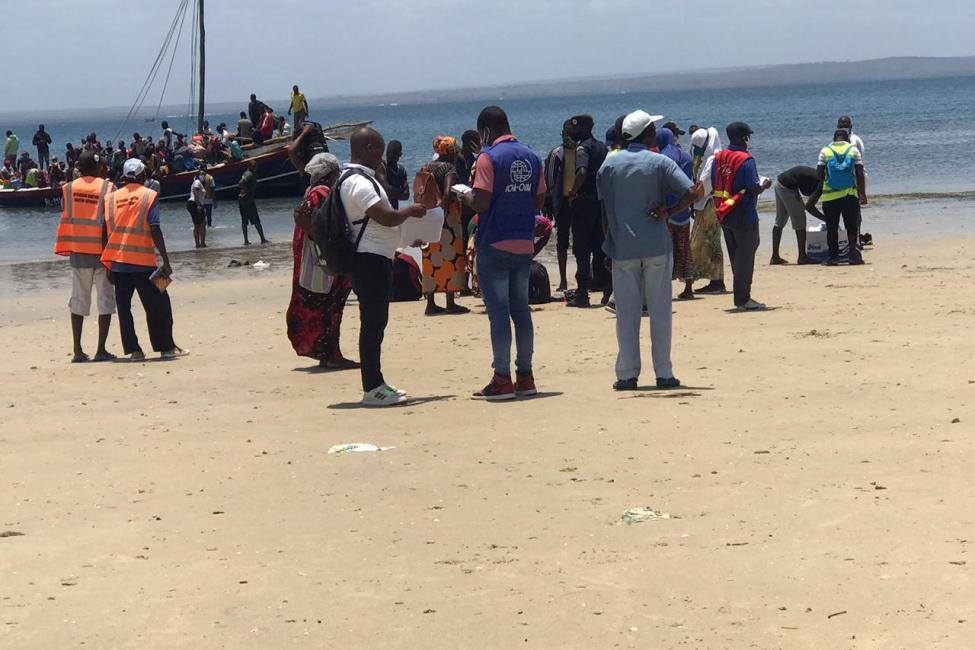 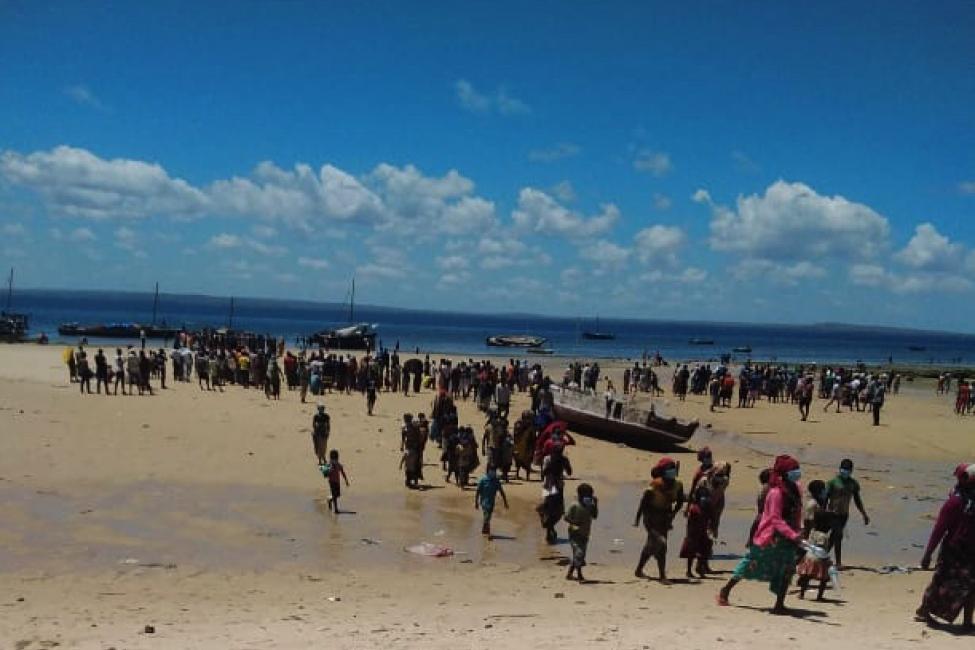 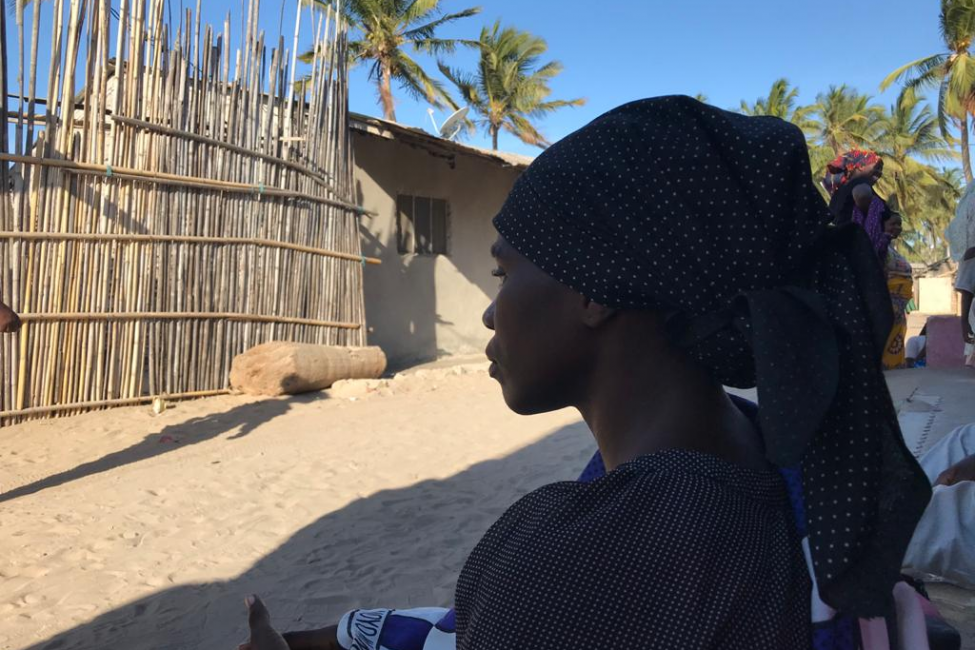 Uyeca Mpate survived the Oct 29 tragedy that claimed the life of her husband of four months. She managed to swim to safety by holding on to a Jerry can but, tragically, many children were among the victims. Photo: IOM/Sandra Black 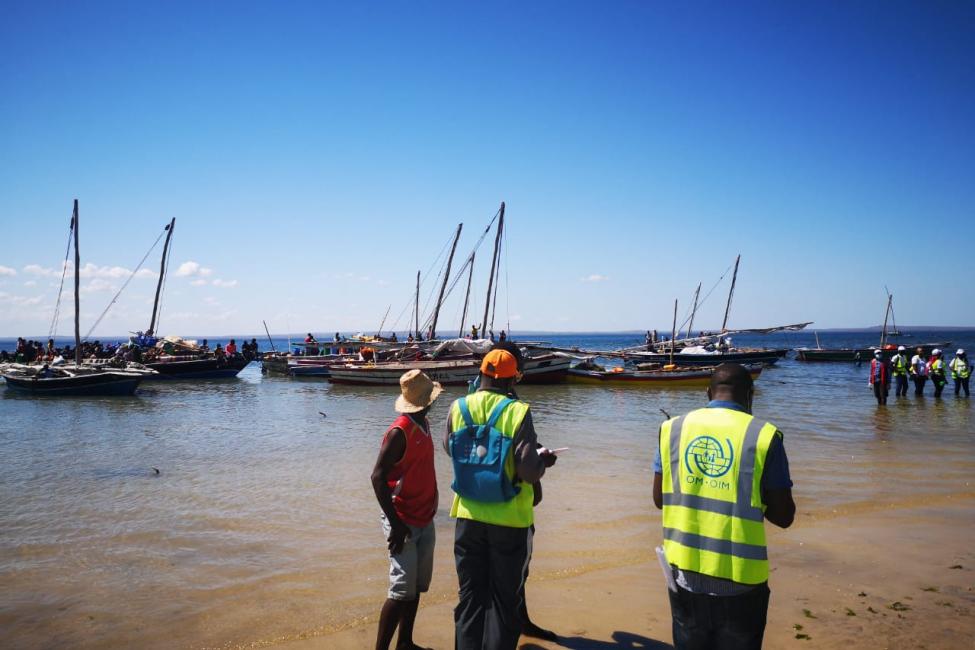 Maputo - At least 38 people, including many children are feared dead after one of the hundreds of overcrowded vessels carrying civilians fleeing insecurity in Cabo Delgado Province, Mozambique, sank last week.

Details of the tragedy, which reportedly happened on 29 October, only surfaced after survivors began arriving in the provincial capital Pemba, and informed volunteer aid workers about their ordeal. At least 70 people were believed to be aboard the vessel.

Survivor Uyeca Mpate said she, her husband of four months and many other residents of Palma escaped to try and build a new life in Pemba.

“When the boat sank, I was able to hold on to a Jerry can (water container) that I had and made it to the nearest island,” told IOM today.

“Other people held on to cushions from the boat, and some held a cord, but the others drowned. My husband also drowned. The greatest number of deaths were children. Only two children survived.”

In the last three weeks, 274 boats from Cabo Delgado in the northeast of the country carrying over 13,000 people, including nearly 5,900 children, have arrived in Paquetequete, Pemba.

“IOM expresses its sincerest condolences to the families of the persons who have lost their lives in this tragedy,” said Laura Tomm-Bonde, IOM Chief of Mission in Mozambique. “We stand ready to support the efforts of the Government of Mozambique to assist survivors, internally displaced persons (IDPs) from Cabo Delgado, and the communities that host them.”

IOM Displacement Tracking Matrix (DTM) staff are at the disembarkation point on the beach in Paquetequete tracking arrivals on a daily basis, and Mental Health and Psychosocial Support (MHPSS) staff are providing psychosocial first aid to the community and IDPs.

Over the past three years, insecurity in Cabo Delgado Province has led to the internal displacement of more than 300,000 people.