First Group of Over 1,400 Stranded Ethiopian Migrants Arrive from Tanzania 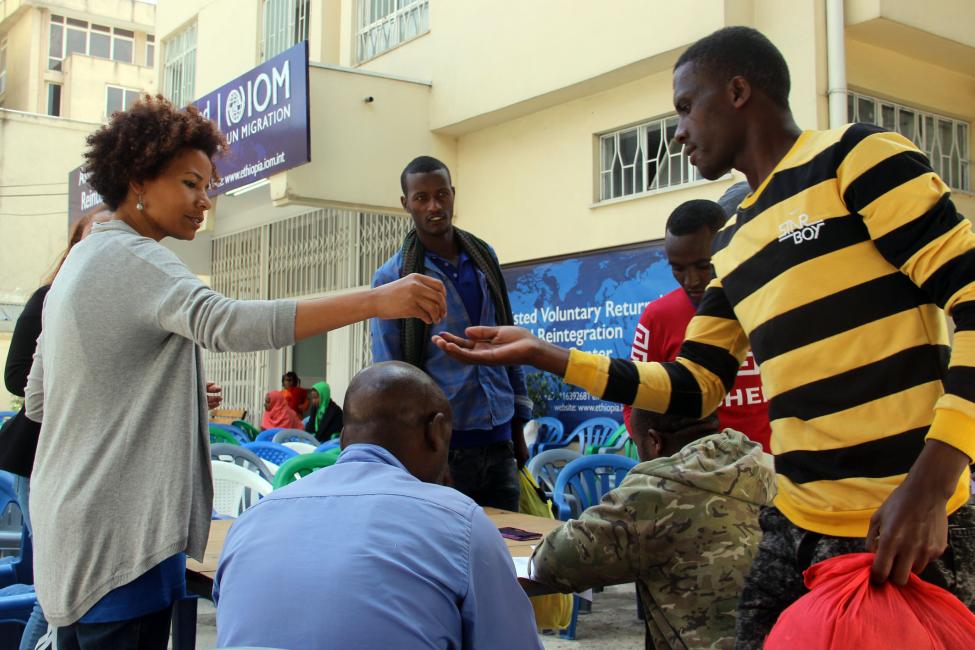 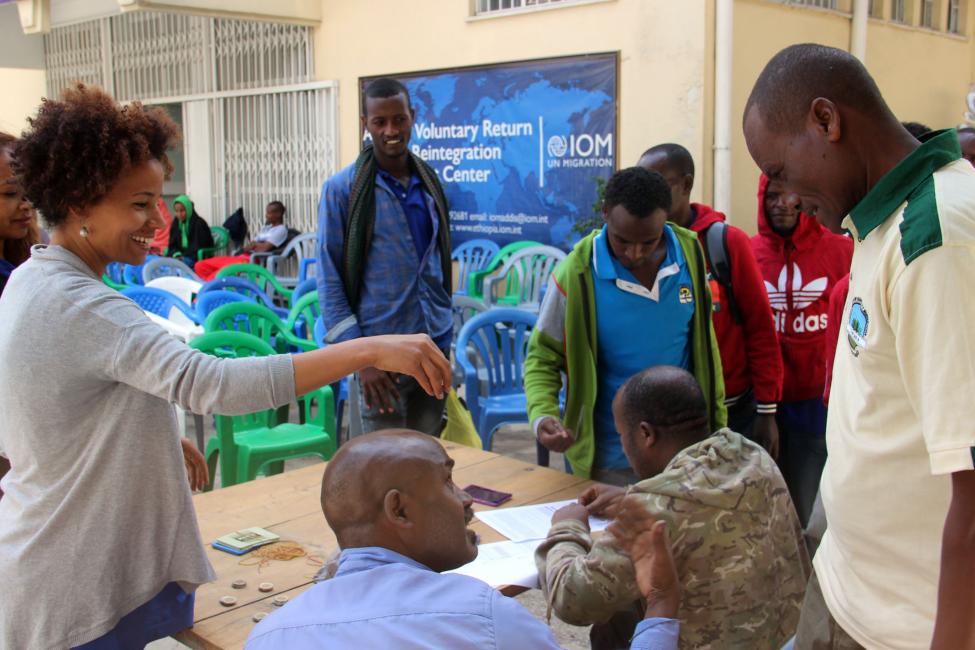 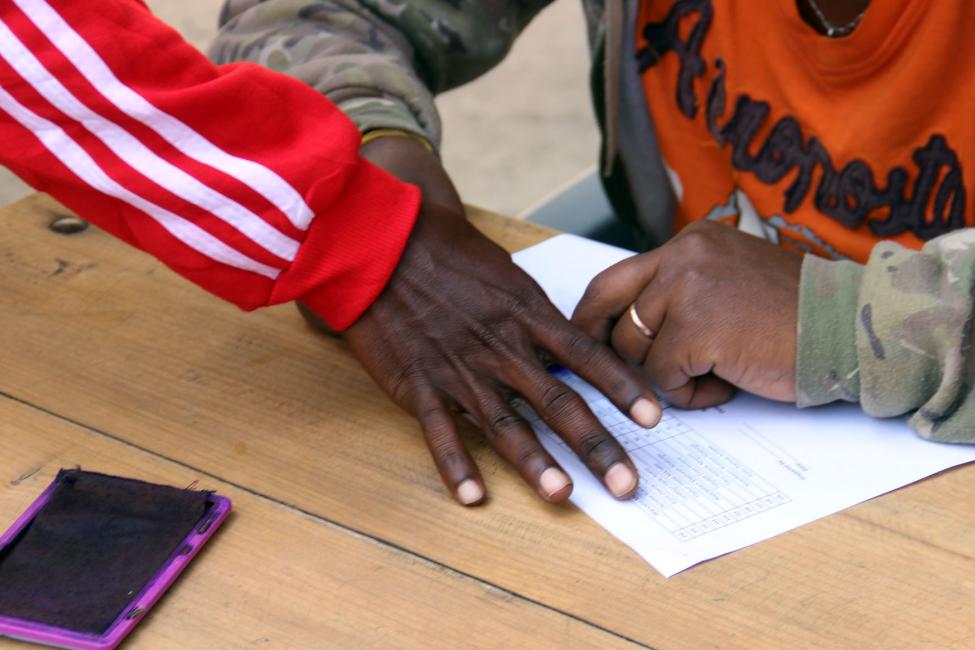 Dar es Salam and Addis Ababa – The costs of dangerous, sometimes lethal passages some irregular migrants make in Africa can be measured in many ways: in currencies, even in lives. Tamrat and Debebe – two young men newly returned to their native Ethiopia – measure their hardships in years.

They’re not alone. In fact, they’re among 463 Ethiopian migrants already brought home this month thanks to the cooperation of the Governments of Tanzania and Ethiopia, working together to facilitate their release and return while the International Organization for Migration (IOM) with the European Union (EU) provided the post arrival assistance. The most recent return flight arrived Monday.

Since childhood, Tamrat had dreamed of becoming a doctor or an engineer. As he did not make it to college, he decided to migrate and try working in South Africa instead.

Encouraged by more successful peers, many Ethiopian migrants – most hailing from the southern part of the country – dream of going to South Africa for work.

But Tamrat’s dream was shattered when the lorry in which he was being smuggled – along with 65 others – attracted the attention of authorities.

Even at that, he conceded, he considers himself lucky. “If we had not been intercepted by the police, some of us would have died of suffocation,” the young man said.

Still, he regrets his choice. “I was in prison for three years after the truck I was smuggled in was intercepted by the police,” he explained.

Debebe, another returnee from southern Ethiopia, spent four years in a Tanzanian detention. He was a street cobblestone carver before leaving Ethiopia, also to chase his dream working in South Africa. Debebe paid 150,000 Birr (USD 4,500) to a smuggler, explaining he took 100,000 birr from his savings, borrowing the remaining 50,000 birr from his family.

Tamrat and Debebe are among the first of a total of 1,400 who are scheduled to be returned this way—all Ethiopians being brought home from Tanzania in the coming weeks.

The programme that brought these men home is part of the larger EU-IOM Joint Initiative for Migrant Protection and Reintegration which facilitates orderly, safe, regular and responsible migration management through the development of rights-based and development-focused policies and processes on protection and sustainable reintegration. The EU-IOM Joint Initiative, backed by the EU Emergency Trust Fund for Africa covers, and has been set up in close cooperation with 26 African countries.

IOM provided fitness to travel medical screening as well as clothes and shoes prior to the returnees’ departure from Tanzania. Upon arrival in Addis Ababa, IOM also provided further medical assistance, psychosocial support, temporary accommodation at its Migrant Transit Centre, and onward transportation to their communities of return.

The tripartite roadmap contained recommendations for a road map to address detention conditions and to consider alternatives to detention, as well to prevent irregular migration and to support sustainable approaches to return and reintegration, in line with the objectives of the Global Compact for Migration.

“Irregular migration is not only costing many Ethiopians their savings or those of their family, but also their lives,” said Hugo Genest, IOM Ethiopia’s Programme Coordinator for Assisted Voluntary Return and Reintegration and Immigration and Border Management.