First Reception Centre for Victims of Trafficking Opens in Niger 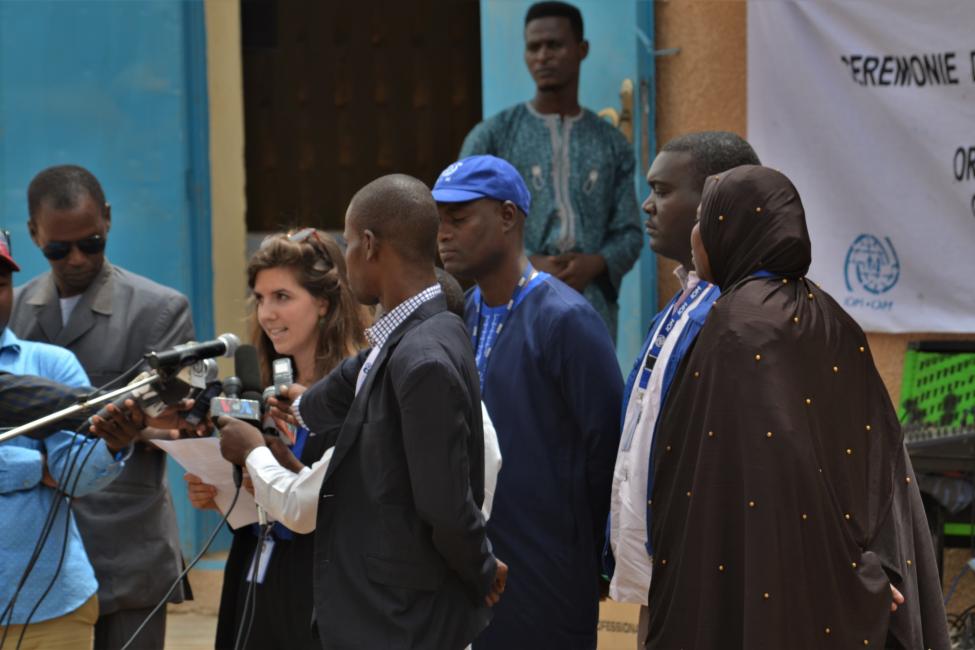 Zinder – Niger, a major migratory hub in West and Central Africa, sees numerous vulnerable migrants transiting the country, including victims of trafficking (VoTs) and potential VoTs. Between 2016 and 2019, IOM assisted 326 VOTs, most of them minors (34%) coming from Nigeria (49%), Niger (24%), and Benin (14%). In addition, many Nigerien nationals fall prey to trafficking and exploitation, in Niger and abroad.

When deciding to embark on this migration route, many migrants are deceived by smugglers about their final destination and the financial opportunities waiting for them. Hadiza, for example, was promised by “a friend of a friend” a free trip to Europe and a job in a restaurant upon arrival. “That’s what she promised me,” recalled Hadiza.

“Once in the country of transit or destination, these migrants often end up victims of forced labour and/or sexual exploitation,” said Eva Pons, IOM’s Protection Officer in Niger. “Migrants using irregular channels are more vulnerable to abuse during their journey and become easy prey for traffickers.”

To reinforce authorities’ capacity to combat trafficking in persons in Niger, the project has proposed using shelters for VoTs, as well as a media campaign among host communities impacted by migration flows to raise awareness about human trafficking and its risk factors.

At the centres, potential victims can be properly identified and adequately assisted with medical and psychosocial support, as well as with socio-economic, administrative and legal assistance. To further support their recovery, VoTs will also benefit from individual reintegration support in their countries or communities of origin as part of the EU-IOM Joint Initiative for Migrant Protection and Reintegration.

The National Action Plan (NAP) sets out to build three different reception centres for victims of trafficking in the regions of Zinder, Agadez and Niamey. After having equipped the shelter, IOM has now handed it over to the Government, but will continue to support the centre until January 2020.

“The reception centre for victims of trafficking in Zinder is not only the first support centre for victims in Niger, but also the first in Francophone Africa,” said the director general of the ANLTP, Gogé Maïmouna Gazibo, during the launch. “This centre can exist today thanks to the will of state authorities and IOM, who supported our commitment to fight trafficking in persons from the very beginning.”

IOM has been working on counter-trafficking in Niger since 2010 and along with the Government of Niger, has made considerable efforts to combat human trafficking within the country, particularly in the field of prevention and victim protection.

“We are very proud to be able to stand on this historic day alongside the ANLTP and national authorities for this crucial event in the fight of trafficking in persons in Niger,” said Barbara Rijks, IOM’s Chief of Mission in Niger. “On this occasion, IOM renews its commitment to support the Government of Niger in fighting human trafficking and protecting its victims.”