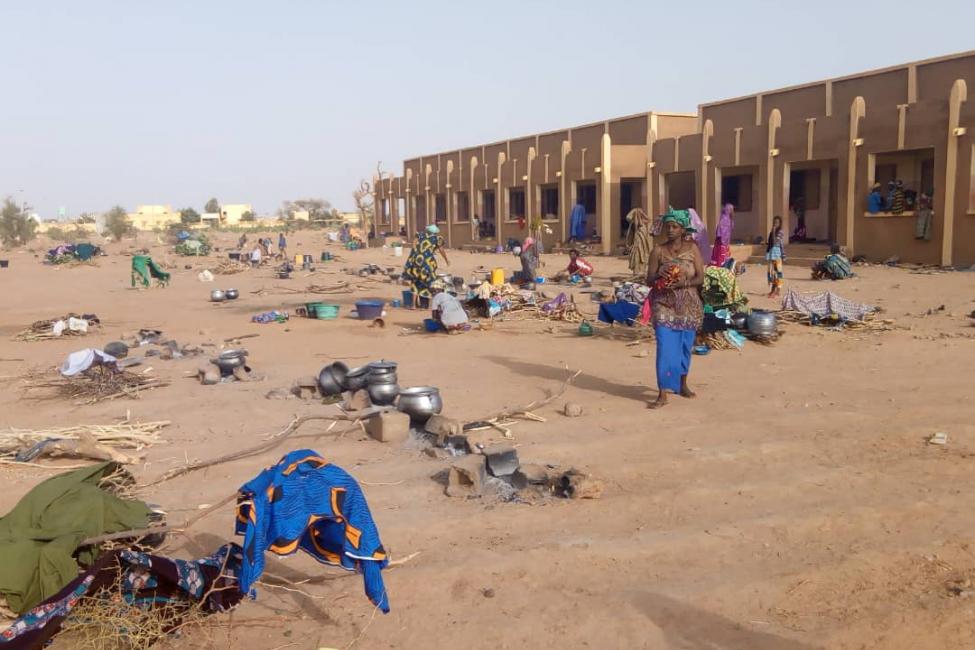 Mopti  –  Recent heavy rains in the Mopti region of Mali have caused floods, aggravating the already precarious situation of the 50,254 internally displaced persons (IDPs) in the region. Humanitarian assistance now is on its way to help the most vulnerable households.

Since last week, more than 800 IDPs have already been provided with tents, while 70 kits including mosquito nets, clothing, shoes, hygiene products and other items have been distributed by the International Organization for Migration (IOM) in Mali.

In a region where more than 210,000 persons are considered as facing food insecurity and only 2 per cent of the communities have access to safe drinking water, the increasing presence of IDPs may undermine the existing resources and increase the need for basic social services.

Within a fragile security context, it is urgent to take the necessary measures, secure and rehabilitate existing IDP sites to address rainy season and flooding problems, which pose an additional threat to these displaced persons.

“We are afraid to face another flood. I get scared when I see a storm coming. I lost the little I had managed to keep. We spent the night in the cold before being transferred the next day to another temporary site,” said Aminata Bolli, one of the victims of the floods at the Soukara site. Originally from Bankass, she has stayed in the site for two months with five children.

The heavy rains have also destroyed the tents that sheltered 304 IDPs at the Koro and Bankass IDP sites in Mopti, Soukoura. Host families have joined forces and the adjoining classrooms of the Amadoun Dicko High School in Sévaré have been requisitioned to shelter the affected IDPs.

Already facing increasing communal violence and the presence of armed groups, the most affected communities in the Mopti region continue to seek refuge among the host populations. The day after the attacks on the Gangafani and Yoro villages (Tuesday, 18 June) the Mopti Regional Directorate of Social Development had already registered 750 refugees in Dinangourou schools and reported the movement of 2,545 new IDPs from Bodel, Dianta, Yoro, Kangafandé, Korimataga to the Dinangourou district, in the Mopti region.

Government authorities, civil society organizations and United Nations agencies (UNICEF, UNHCR, WFP, OCHA, WHO, UNFPA, FAO, and IOM) are working together in Bamako as well as in Mopti to address the most urgent needs of the more than 120,000 IDPs currently registered in the country (including accommodation, profiling, food, shelter, non-food items, and health care).

Watch the video in English | French