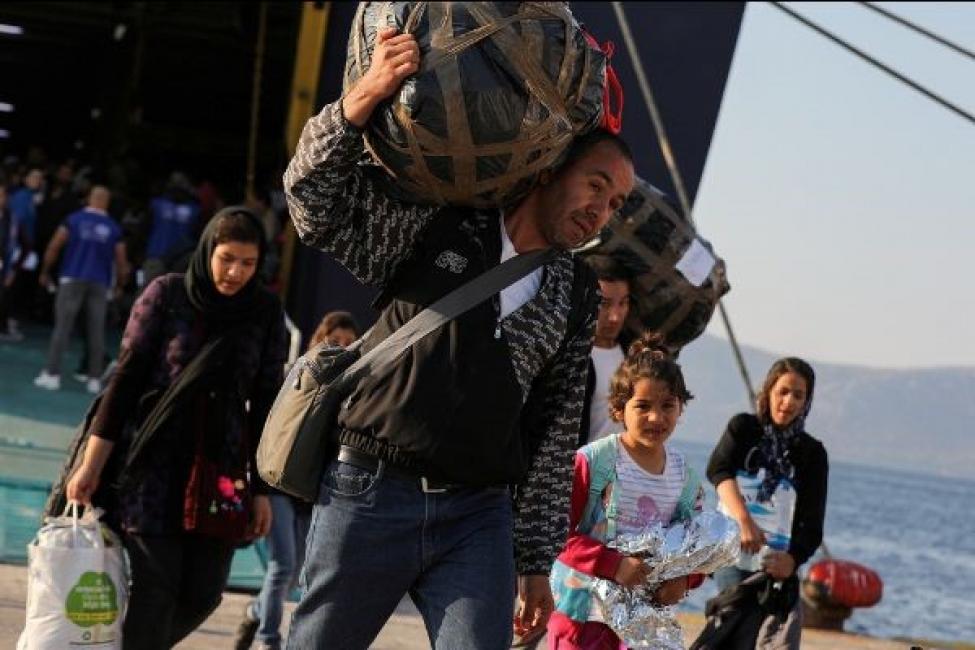 Geneva – As 2019 draws to a close, the International Organization for Migration reports that there has been a sharp decline in the number of migrants dying while attempting to cross international borders.

Migrant fatalities reached at least 3,170 by mid-December, compared to just over 4,800 this time last year, representing a 34 per cent fall. Despite this, the trends identified by IOM in 2019 remain stark for migrants and for refugees. The Mediterranean, the scene of countless tragedies at sea in recent years, recorded the lowest level of deaths and crossings since 2014. However, the death rate among migrants departing Libya’s shores increased as smugglers put them at ever great risk.

The outflow of people from Venezuela has meanwhile left millions of people in severe hardship as they attempt to escape instability to seek opportunities and protection in neighbouring countries.

The emerging trends highlighted by IOM in 2019 include:

Irregular migration via departure points in Turkey, Libya and across North Africa topped 100,000 men, women and children for the sixth consecutive year. More than 13,000 migrants entered Europe via land routes along the Mediterranean, either by entering Greece near border crossings with Turkey, or entering Spain through the two Spanish enclaves, Ceuta and Melilla, in North Africa.

While 100,000 is significant, the volume of Mediterranean crossings in 2019 shows a steep decline over recent years (see chart above). In fact, barring a year-end surge, 2019 will see the lowest number of irregular migrants on the Mediterranean since IOM began compiling such statistics in 2014.

While departures from Libya decreased in 2019, the journey remains as deadly as ever. IOM’s Missing Migrants Project recorded 44 fatal incidents off the Libyan coast this year claiming the lives of 743 migrants. This signals the needs for increased search and rescue capacity to minimize loss of life at sea, especially in the Central Mediterranean Route, which remains the world’s deadliest sea crossing.

IOM’s Displacement Tracking Matrix (DTM) in 2019 recorded 126,360 irregular migrants through November crossing to Yemen from the Horn of Africa, the vast majority (92 per cent) leaving from Ethiopia with most of the balance from Somalia. DTM estimates this year’s total will surpass 137,000 migrants on this route, which remains one of the most dangerous in the world.

The total is expected to represent a slight decline from the nearly 160,000 irregular migrants tallied on this route during 2018. Over the past two years, irregular migration between this corridor of Africa headed towards the Arabian Peninsula has averaged upwards of 12,000 per month.

As of 15 December, DTM reports there were an estimated 211,071 migrants in official reception centres in the region.1 While there has been little change in the total number of migrants in the region when compared to the 206,108 migrants in the same countries at the end of 2018, the figures per country show different dynamics: The most significant changes have been in Italy and Greece. In Italy, the total has fallen throughout 2019 from 135,838 reported on December 2018 to 95,020 reported on 30 November. In Greece, the total has risen from 60,083 reported on 26 December 2018 to 99,142 on 30 November.

As of 30 November 2019, there were over four million foreign nationals present in Turkish territory seeking international protection, compared to 3.9 million at the end of 2018. Most of them are Syrians (3,691,333 individuals) who are granted temporary protection status, followed by asylum-seekers and refugees from countries including Afghanistan, the Islamic Republic of Iran, Iraq and Somalia. The Turkish Coast Guard reported 56,778 apprehensions of irregular migrants at sea between January and November.

Irregular migration continues to be a lethal endeavor around the world, with the Mediterranean corridor still the deadliest. Through mid-December at least 1,250 men, women and children had died attempting to reach Europe via the Mediterranean, including eight new victims reported on 17 December by authorities in Morocco.

Worldwide, migrant fatalities through 50 weeks of 2019 are slightly more than 3,170, compared to nearly 4,831 at this same time last year. Fatalities are down on the Mediterranean, in North Africa and the Middle East and Asia, and up slightly in Europe.

By contrast, the number of migrant fatalities in the Western Hemisphere is up. Hundreds have died fleeing Venezuela, including in shipwrecks in the Caribbean. Through Mid-December at least 659 men, women and children have died crossing the Americas, which compares with 583 during the same period last year.