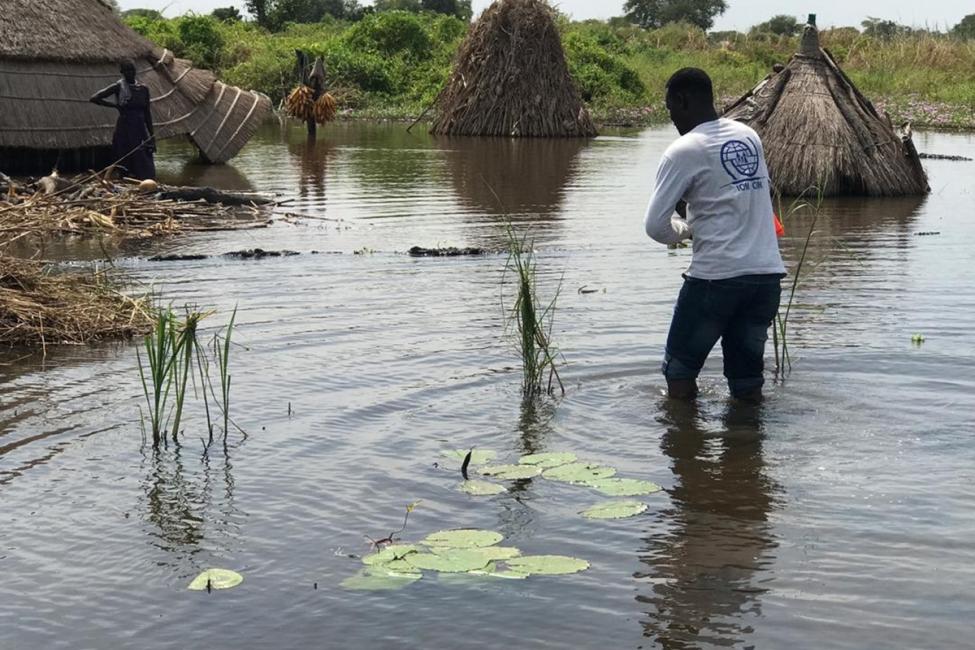 Juba – Nearly one million people have been drastically affected by flash floods following unprecedented rainfall in South Sudan.  Thousands have been displaced from their homes and seen their livelihoods destroyed; many towns are completely submerged.

The International Organization for Migration (IOM) and partners are ramping up their humanitarian response to affected communities in counties declared to be in a “state of emergency” by the Government of South Sudan.

“The level of destruction caused by the floods is unfathomable. People have nowhere to sleep, children are  sick, there is no food to eat,” said IOM South Sudan Chief of Mission, Jean-Philippe Chauzy.

Many people in affected areas are unable to access to health care facilities, nutrition centres and other basic services. While impassible roads and waterlogged airstrips have put some interventions on hold, IOM has made significant progress to provide lifesaving assistance.

“IOM stands with the Government of South Sudan and its people during these trying times,” said Chauzy. “We have rolled up our sleeves and we will continue to do everything we can to help alleviate the misery caused by these floods.”

Through the Rapid Response Fund, an additional 140,000 people have received water treatment and emergency items, as well as emergency mobile health services, from local organizations supported by IOM.

In parallel to the delivery of relief assistance, IOM is helping mitigate the potential abuse of at-risk groups.

“We cannot forget that in crises, vulnerable populations, especially women and children, are more likely to face gender-based-violence and other kinds of abuse,” said Chauzy.

“Protection and safeguarding are at the cornerstone of all of our activities and it is important that as we provide immediate emergency relief we also tackle protection issues,” he continued.

Even when the rains stop, the need for continued assistance will remain. Inevitable outbreaks of waterborne diseases, destruction of homes and lost livelihoods will require sustained support so that families can live in dignity as they rebuild.