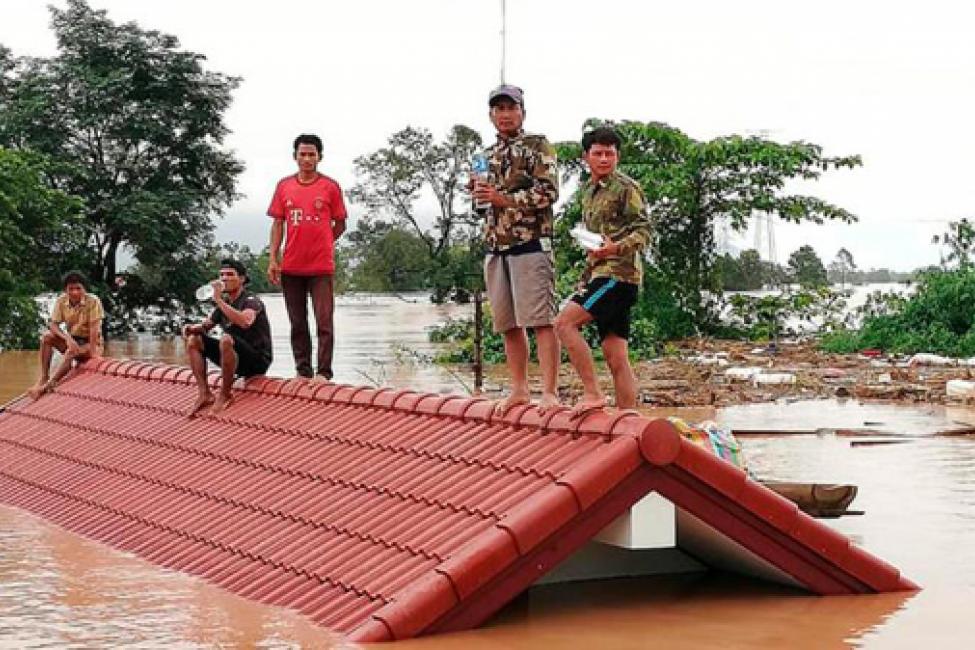 Sanamxay villagers sought safety on the roofs of their houses to escape the flooding following the July 23 dam collapse. Photo: CNN. 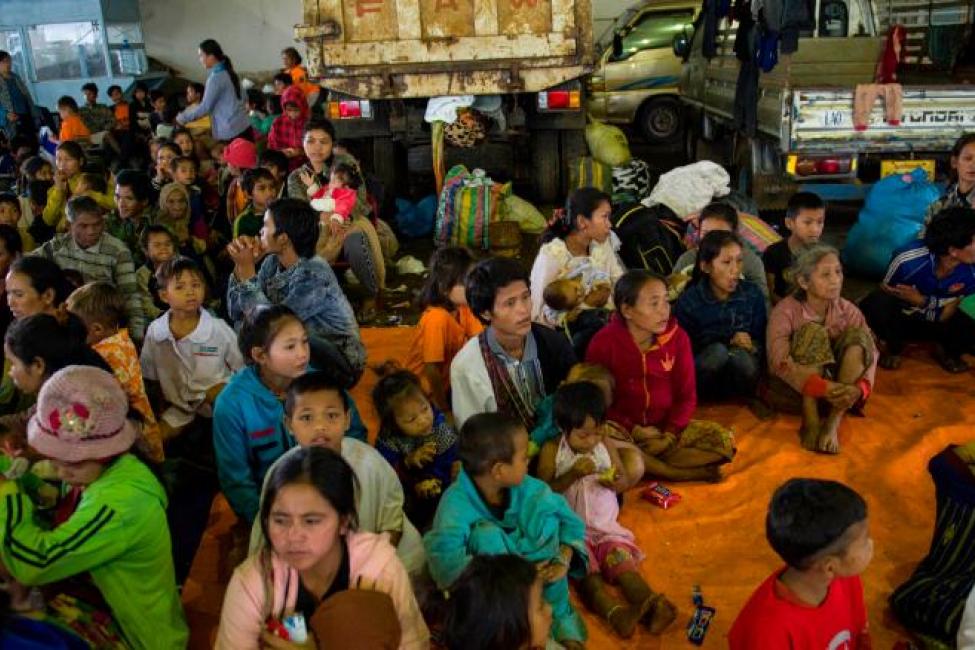 Some 3,060 displaced people are now staying in temporary shelters having fled their flooded homes in Sanamxay district. Photo: CNN. 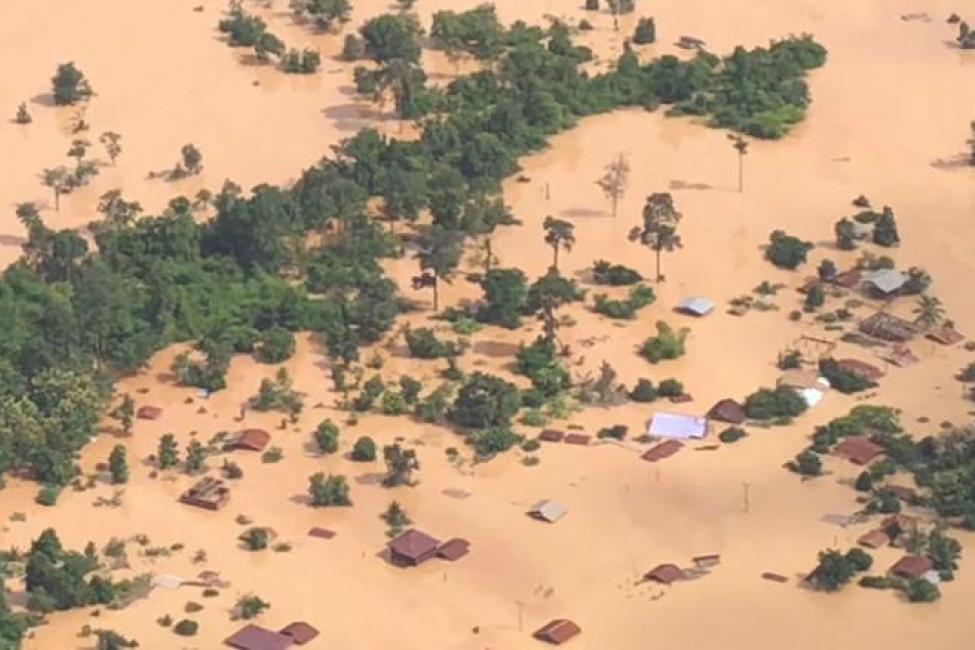 Vientiane – As rescue operations continue in villages flooded by the collapse on Monday (23/7) of the vast Saddle Dam D, part of the Xepien – Xenamnoy hydropower project in south-eastern Lao People's Democratic Republic's Attapeu province, IOM has allocated USD 75,000 to kickstart its emergency relief operations in the area.

According to the Lao authorities, the disaster was triggered by heavy rains across the region brought by Tropical Storm Son-Tinh. The storm affected an estimated 16,256 people in 11 provinces across the country.

The damage caused by the dam breach was particularly severe in 13 villages in Sanamxay district, which affected an estimated 6,351 people. Some 3,060 people are now displaced and staying in temporary emergency shelters. Twenty-six deaths have been recorded and 131 people are still missing.

The water from the flash flooding is now reportedly receding, but weather forecasters warn of more heavy rain today through Monday. Washed out roads and the destruction of 14 bridges in the area are also making road access to the remote area very difficult, while shallow water in flooded areas is also hampering access by boat.

IOM, which between 2016-2018 managed a malaria control project in the area, which borders Viet Nam and Cambodia, is working with UN partners and the Lao authorities to identify most urgent needs. According to an initial government assessment, these include food, drinking water, personal hygiene kits, mobile toilets, clothing, tents and housing repair kits. Boats to access the worst hit areas are also needed.

The initial USD 75,000 of IOM funding will go towards areas of greatest need identified by the government and UN partners. They will likely include provision of shelter materials, tarpaulins and plastic sheets; non-food items including clothing, blankets, buckets, jerry cans, kitchen sets, sleeping mats, mosquito nets and tools; and medicines.

The emergency response is organized by sector or “Cluster”. IOM is co-leading the Shelter Cluster with UN Habitat and the Ministry of Public Works and Housing. It is also part of the Health and Water, Sanitation and Hygiene (WASH) Clusters, which are led by WHO and UNICEF respectively.

Malaria is endemic in the affected area, but IOM Regional Health Specialist Dr. Patrick Duigan says that displaced families may be at greater risk of waterborne diseases in the aftermath of disaster. “Floods often wash away mosquitos and larvae, which reduces the risk of malaria for the first eight weeks or so. Then, as the area dries out, the risk of malaria will return,” he said.

“IOM is now putting our global expertise in emergency response at the disposal of the government of the Lao People's Democratic Republic – our newest member state – to help it to cope with the aftermath of this major disaster. But we are also committed to helping these people in the longer term to restart their lives and are reaching out to international donors,” said IOM Lao PDR Head of Office Misato Yuasa.

IOM, the UN Migration Agency, began operations in the Lao People's Democratic Republic in 2002, and in June 2018 the country joined IOM as its 171st member state.