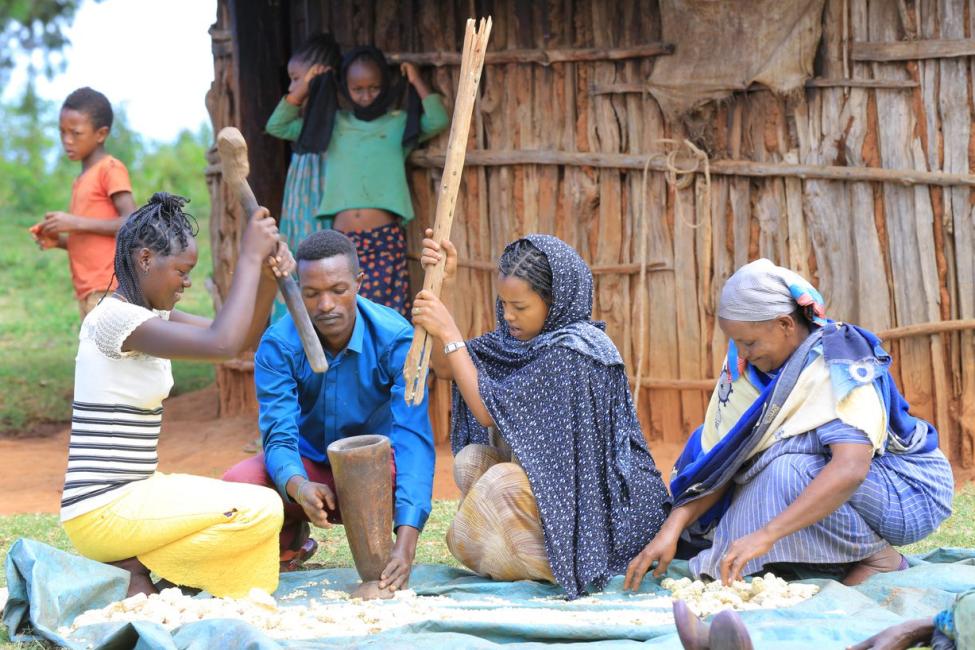 Climate change could force more than 216 million people to migrate within their own countries by 2050, according to the World Bank. Photo: IOM Ethiopia

Geneva – The International Organization for Migration (IOM) and the European Investment Bank (EIB) today signed an agreement that aims to strengthen their collaboration in supporting safe, humane and regular migration, while enhancing economic and climate resilience of communities of origin transit and destination.

According to the World Migration Report (WMR 2020), out of a global population of 7.7 billion people in 2019, 272 million were international migrants, a number and proportion that already surpassed some projections made for 2050.

The five-year partnership, in line with implementation of the Sustainable Development Goals (SDGs), will focus on labour mobility and migrant integration; displacement, humanitarian assistance and emergency response; climate change and its impact on migration; migration health including COVID-19 response; developmental and peace nexus; technology, data and innovation.

“IOM has called for a stronger focus on human mobility inclusion in climate policies,” said IOM Director General António Vitorino. “The partnership signed today with EIB is a strategic step towards acknowledging the connections between climate change, the pandemic recovery and the SDGs, and reinforcing efforts to ensure the implementation of the Global Compact on Migration.”

EIB Vice-President Ricardo Mourinho Félix said the effects of climate change are hitting disproportionately the poorest and most vulnerable regions, communities and individuals. “People are being displaced because they lack access to drinking water and food or simply because their places are not liveable anymore. Climate adaptation will play a key role in building a more resilient society leaving no one behind. EIB is very pleased to join forces with IOM today and contribute together to achieving the UN Sustainable Development Goals.”

The past few decades have seen a rise in human mobility because of climate change and environmental degradation. In 2020, almost 31 million new displacements were triggered by disasters, 98 per cent of which were weather-related. According to the World Bank, by 2050, without concrete climate and development action, climate change could force more than 216 million people to migrate within their own countries, mainly in Africa, Asia and Latin America.

The European Investment Bank is the European Union's bank owned by its Member States. It makes long-term finance available for sound investment in order to contribute towards EU policy objectives and achieve the UN Sustainable Development Goals in Europe and beyond. Active in around 160 countries around the world, the EIB supports projects aiming at reducing poverty and promoting climate action, economic resilience and gender equality. The EIB is committed to working together with partners to help define and deliver an effective response to global forced displacement and further strengthen economic development contributions, notably through its Economic Resilience Initiative.

The EIB presented its first Climate Adaptation Plan. It includes a focus on climate-induced migration and forced displacement. In this context, the EIB will support the adaptive capacity of populations at risk of forced displacement due to climate shocks and enhance the resilience of communities hosting, or likely to host, displaced people.
The EIB will be present with a pavilion in Hall 4 of the Scottish Event Campus and run a series of side events on numerous topics. Find the full agenda here.