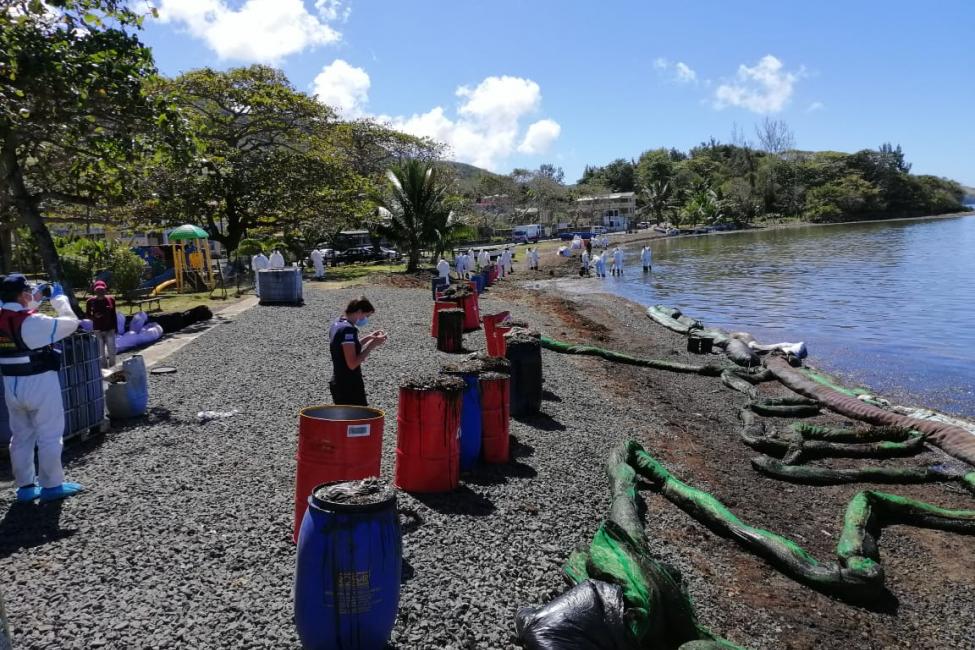 Mauritius – The International Organization for Migration (IOM), as part of the United Nations (UN) family, is supporting the Government of Mauritius in its response to the ecological crisis caused by the spilling over 1,000 tons of oil from a stricken Japanese-owned vessel that ran aground 1.6km offshore on July 25.

The latest satellite data reveals the oil slick from the MV Wakashio now stretches across 27 square kilometres along the east coast of Mauritius, from Blue Bay Marine Park to the tourist island of Ile aux Cerfs.

The government of the small island nation of roughly 1.2 million declared a state of emergency on 7 August the day after the vessel began leaking oil, leading to an appeal for international aid. Mauritius depends heavily on the marine-based ‘Blue Economy’ and tourism, two pillar sectors of the economy directly threatened by this unfolding ecological disaster.

The immediate priority is stopping the oil leakages and cleaning the affected areas.

The Ministry of Environment reports approximately 13 villages in the vicinity affected by the spill are in need of immediate and longer-term assistance.

IOM, as part of the Socio-Economic and Environmental Impact Evaluation Team led by the UN Resident Coordinator, are mobilizing resources to deliver technical support and expertise to help the government  mitigate the risks and impacts of the evolving ecological crisis on the people’s livelihoods and address displacement challenges.

“Though we must focus our efforts on the immediate response, long-term impacts on these vulnerable communities and livelihoods should also be critically assessed,” said Céline Lemmel, Head of Office for IOM Mauritius and Seychelles.

The UN, the international community, local authorities, the private sector, civil society organizations and local community volunteers are working collectively to help contain this crisis and rebuild stronger together, she said.