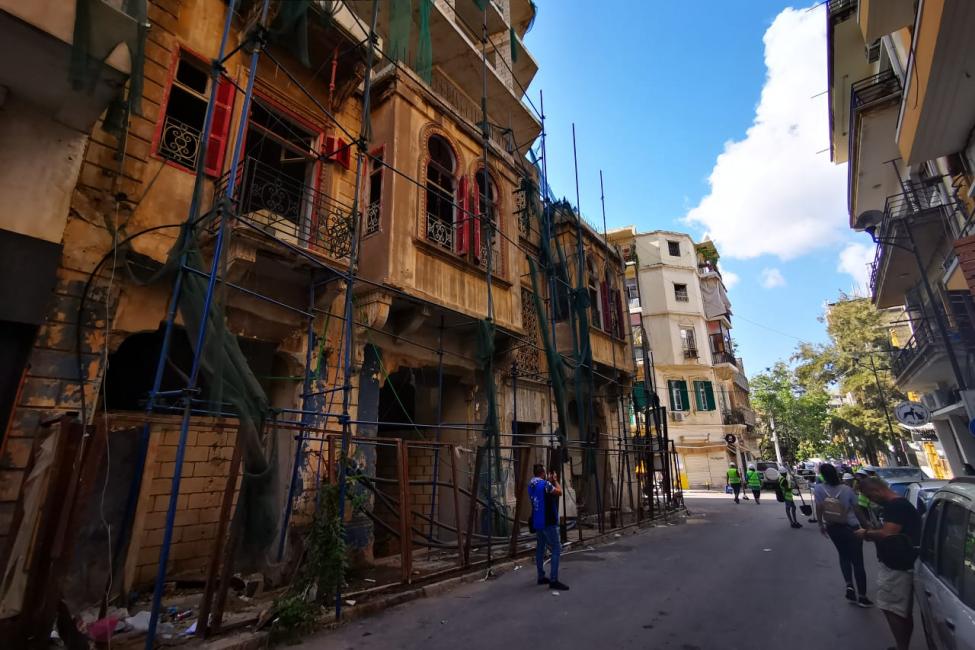 The port explosion in Beirut has had devastating effects on many poor areas in Beirut and Mount Lebanon which host large numbers of migrant workers and Syrian refugees. Photo: IOM

Geneva – The International Organization for Migration (IOM) is launching an appeal today (14/08) to raise urgent funds for its response to the emergency in Lebanon – triggered by the 4 August explosions at the Port of Beirut and further exacerbated by the ongoing economic and COVID-19 crises.

The port explosion has had devastating effects on many economically disadvantaged areas in Beirut and Mount Lebanon which host large numbers of migrant workers and Syrian refugees.

IOM estimates that roughly eight per cent of the estimated 300,000 people affected in Greater Beirut are migrant workers, primarily from Ethiopia, Bangladesh and the Philippines. At least 150 migrant workers have been injured and 15 died in the explosion.

“As the international community galvanizes efforts to respond to the needs of hundreds of thousands of people affected by this tragedy, we must not forget the migrant and refugee populations who are at risk of being overlooked,” said IOM’s Director General António Vitorino.

Funding will allow IOM to respond to their most immediate needs for the remainder of 2020. These include health care, food distribution in affected neighborhoods, short-term employment opportunities, shelter, mental health and psychosocial support, assistance and protection for migrants at risk of exploitation, among other services.

“We call on member states from around the world to support our efforts to reach some of Lebanon’s most marginalized populations,” added Vitorino.

Many of the migrants living in the damage radius of the explosions – particularly in Geitawi, Bourj Hammoud and Ras El Nabaa neighbourhoods – have lost their homes or seen them significantly damaged.

This situation is further compounded by the COVID-19 pandemic as Lebanon continues to see a daily rise in cases, as well as the economic crisis which had already driven many migrant workers into unemployment and homelessness prior to the blast.

An IOM assessment conducted from May to July concluded 40 per cent of migrant workers surveyed were classified as food insecure and 74 per cent reported having no source of income.

IOM will operationalize its Displacement Tracking Matrix to support ongoing initiatives to assess the needs of the displaced and join other agencies to lay the groundwork for long-term recovery and reconstruction interventions.

The Organization will also, in coordination with UNHCR, continue to resettle refugees from Lebanon, which has the largest refugee per capita population, in the world. This is in addition to scaling up efforts for voluntary return.

IOM’s Global Crisis Response Platform provides an overview of IOM’s plans and funding requirements to respond to the evolving needs and aspirations of those impacted by, or at risk of, crisis and displacement in 2020 and beyond. The Platform is regularly updated as crises evolve and new situations emerge.