IOM Appeals for Urgent, Safe Disembarkation for Migrants on Sea-Watch 3 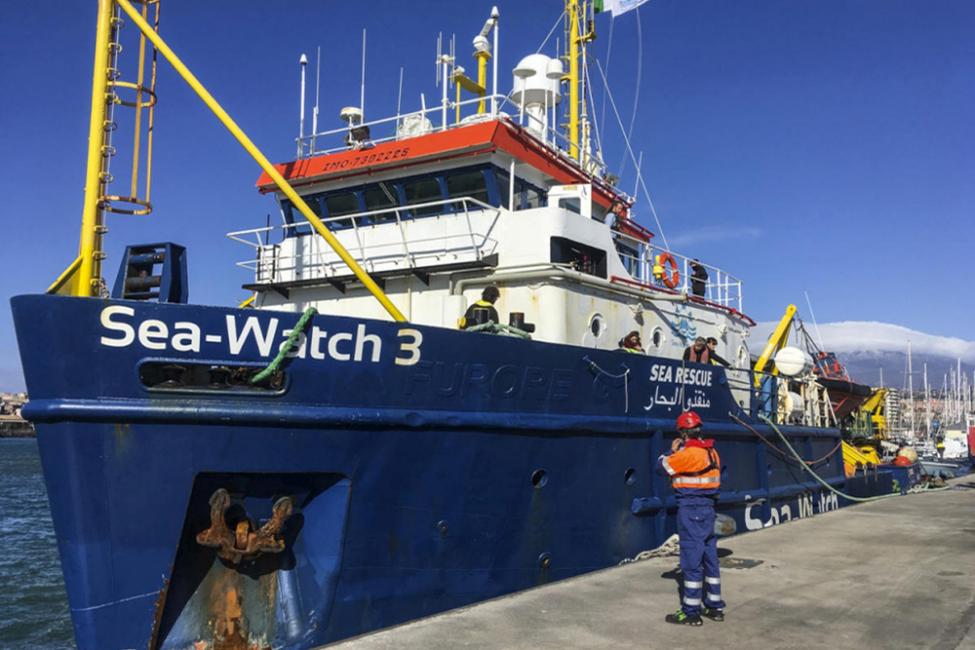 Rome – The International Organization for Migration today (21/06) is launching an appeal to guarantee, as soon as possible, a safe disembarkation point for migrants rescued on 12 June in the Mediterranean by the ship Sea-Watch 3.

On Saturday, 10 medical cases were disembarked in Lampedusa, but 43 people remain in limbo at sea.

In recent days, the Sea-Watch 3 had been invited to bring migrants to Tripoli. Yet, in the eyes of the international community, Libya is still considered an unsafe port to disembark migrants.

“The situation in the country remains extremely dangerous due to the continuous and heavy military clashes around the capital that, since the beginning of April, have displaced over 90,000 persons,” said Federico Soda, Director of the IOM Coordination Office for the Mediterranean. “It is a very dramatic context, also confirmed by migrants recently landed in Italy.”

IOM wishes to emphasize that migrants (including children), after being returned to the Libyan coasts, are sent to detention centres where conditions are considered unacceptable and inhumane. It remains impossible to guarantee the protection of the rights of migrants once they are transferred into these centres.

To IOM, it remains of serious concern that in the absence of state-led approaches to reduce loss of life at sea, rescue operations of non-government organizations are deliberately discouraged.

The Central Mediterranean route continues to be the deadliest route for migrants in the world. As data show, over the past 12 months – from 12 June 2018 to 11 June 2019 – 1,151 people lost their lives along this route, or an average of just over three people per day.  During the first five and a half months of 2019, 343 have died.

During summer months departures generally increase. IOM, therefore, considers it imperative to give absolute priority to preserving lives and strengthening an international rescue system that can effectively help boats in distress. This is the humane response, much preferred over penalizing commanders who rescue people at sea, or who refuse to take migrants and refugees to unsafe ports in Libya.

It is crucial, today more than ever, that Member States of the European Union make a shared effort to find adequate solutions to what cannot be considered as an emergency in terms of numbers, but as a humanitarian emergency.