IOM Appeals for USD1 Million to Respond to 200,000 Congolese Returnees from Angola 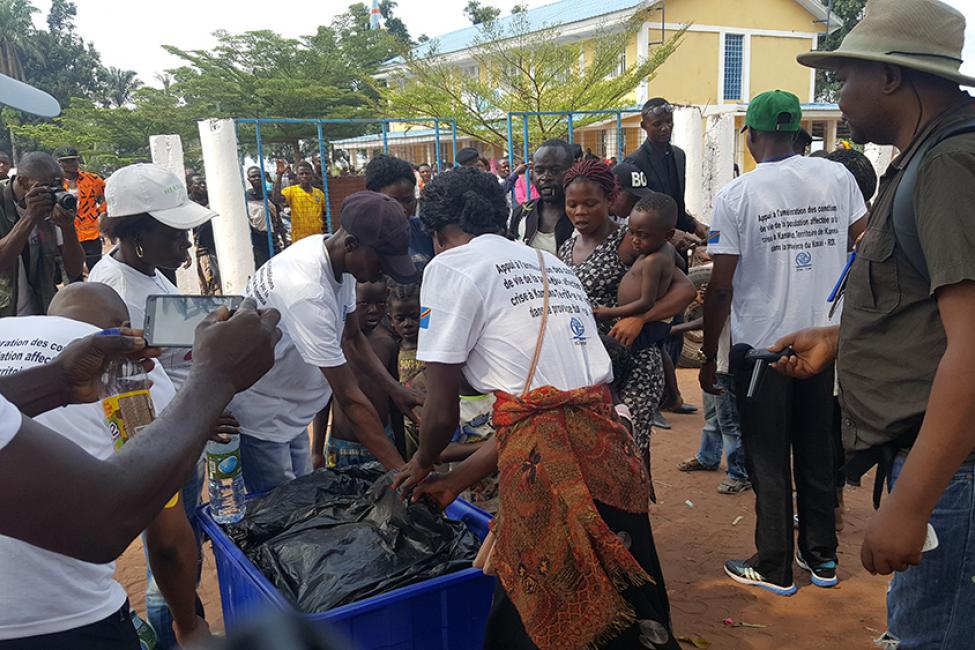 Kinshasa – IOM, the UN Migration Agency, in the Democratic Republic of the Congo has in recent days provided humanitarian assistance to 3,000 Congolese nationals expelled from Angola.

IOM is working alongside the Kamako Local Crisis Committee in Kamako, installed by Kamonia Territory Administrator Anacletus Muswa Kapinga, to provide food and medical care to ill or injured expellees, as well as people in vulnerable circumstances.

Robberies and incidents of forced family separations are frequently reported. Due to the precarious situation, approximately 20,000 people have voluntarily returned to Kasai, Kwango and Kongo Central Provinces.

Apart from IOM’s assistance which began 11 October, no other support has been provided to people expelled to Kamako. There is a pressing need for food, water, sanitation and hygiene, emergency shelter, medical assistance and transportation that will allow people to reach safer destinations or their places of origin.

Some of these individuals came to Angola to work in the artisanal diamond extraction industry, while others fled conflict between several Kamwina Nsapu armed groups and the Armed Forces of the Democratic Republic of the Congo (FARDC) in 2016 and 2017. The violence in Grand Kasai instigated a largescale humanitarian crisis and subsequent displacement in the Democratic Republic of the Congo and in neighbouring countries like Angola.

Addressing the root causes underlying the displacement and expulsion of Congolese citizens from Angola is essential for long-term durable solutions. In the immediate-term, IOM appeals for USD 1,000,000 to urgently address the most pressing needs of these 200,000 people.

IOM’s current response to this population in Kamako is made possible by the support of the Government of Japan, granted in March 2018 as part of a multi-sectoral humanitarian assistance project for the people affected by the violence in Kasai.