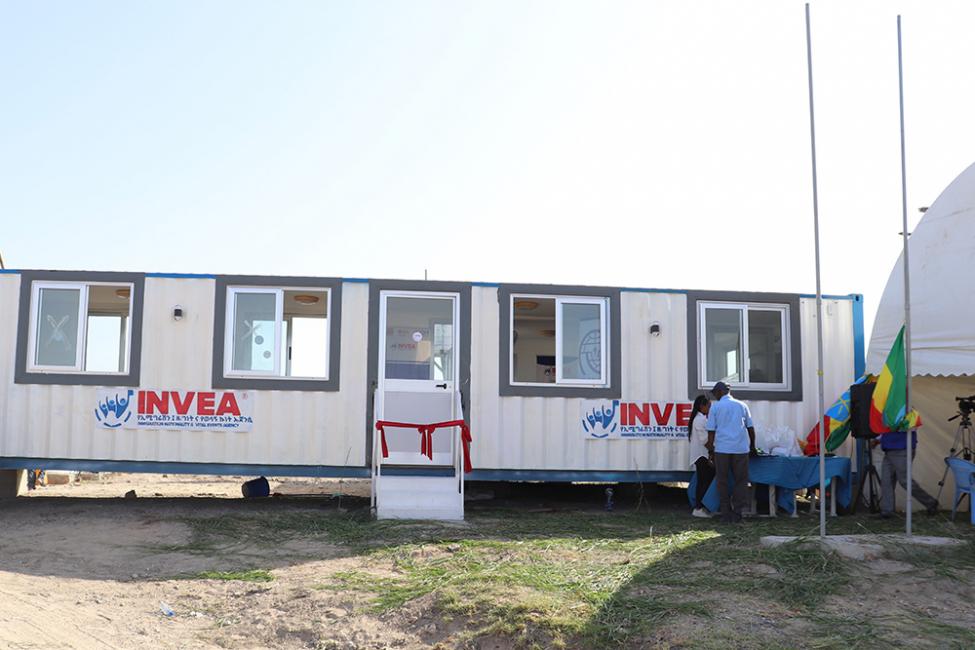 Addis Ababa – Ethiopia, Africa’s second largest country (by population) after Nigeria, is also one of the continent’s largest sources of international migrants.

Along its vast national circumference –some 5,311 kilometres, connecting Ethiopia to Sudan, South Sudan, Eritrea, Djibouti, Kenya and Somalia– government control posts are limited. Lack of adequate staffing and modern technology impedes proper migration management, a matter of concern for national governments as well as for the International Organization for Migration (IOM).

At the start of this new year, IOM has helped open a new Border Control Post (BCP) between Ethiopia and Kenya. The post, at Neprumus in Ethiopia’s Dasenech district, straddles one of the 830-kilometer Ethiopia-Kenya frontier’s most frequented migratory routes, alongside a major route for Ethiopian migrants trying to reach South Africa. Ethiopians normally pass through Kenya into Tanzania, then travel further south.

In March 2020, at least 60 Ethiopian migrants in irregular situation were killed after being trapped in a lorry along this route. Hence, the urgent need for better and improved border control posts in the region.

IOM is also supporting Ethiopia’s Immigration, Nationality, and Vital Events Agency (INVEA) with training to enhance the capacity of immigration officers, and at the same time supplying infrastructure and office equipment, computers, and generators to establish new border control posts.

“Strengthening BCP will play a great role in facilitating safe movement of community members to neighbouring Kenya and will create job opportunities for the community. In addition, it will have a big contribution in facilitating regular migration, while monitoring irregular movements,” said INVEA Director-General, Mujib Jemal, during his opening speech. He also recognized IOM and the zonal administration’s efforts in facilitating the opening of the BCP.

At stake is more than improved border efficiency. IOM sees hope for improved trade benefiting the regional economy and raising livelihoods for some 48,000 people living in the Dasenech District.

Health checks are also being integrated into the BCP, which is a timely development given that COVID-19 continues to affect the nation. As of 18 January, there has been 131,546 confirmed cases in Ethiopia leading to 2,033 deaths. Against this COVID-19 backdrop, IOM looks forward to these new controls reducing mobility restrictions and facilitating movement of goods, services and skills. Beyond commerce, IOM also views BCPs as vital for protecting people from falling prey to human smugglers and traffickers.

During the inauguration attended by representatives from IOM and senior officials from INVEA, IOM Ethiopia received a ‘Certificate of Recognition’ from the Ethiopian authorities for the support to strengthening Ethiopia’s border management and control efforts.

The establishment of this important BCP is supported by the German Federal Foreign Office, the US State Department’s Bureau of Population, Refugees, and Migration and the Swedish International Development Cooperation Agency.