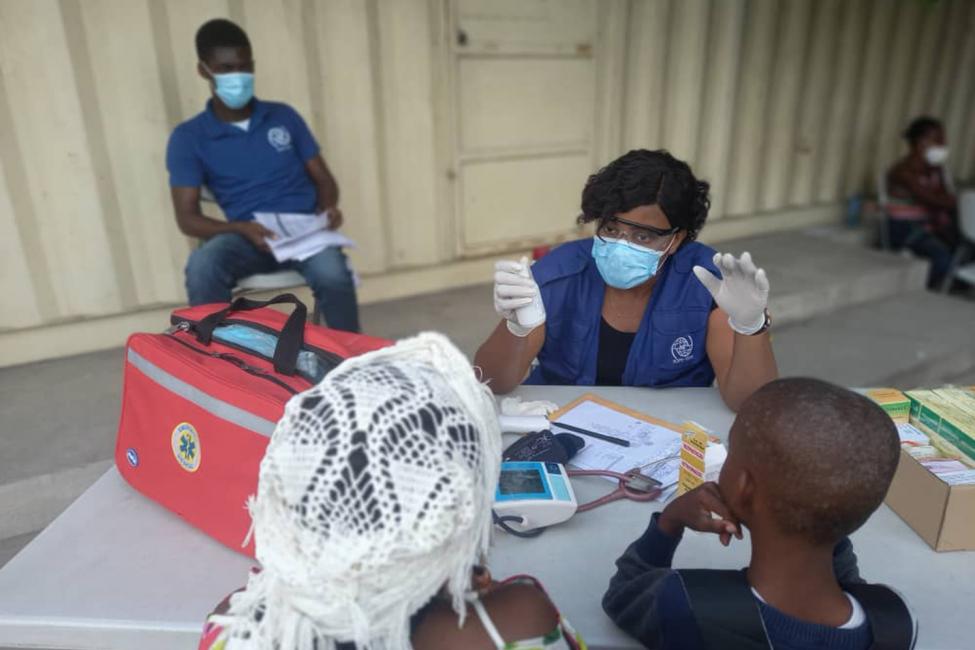 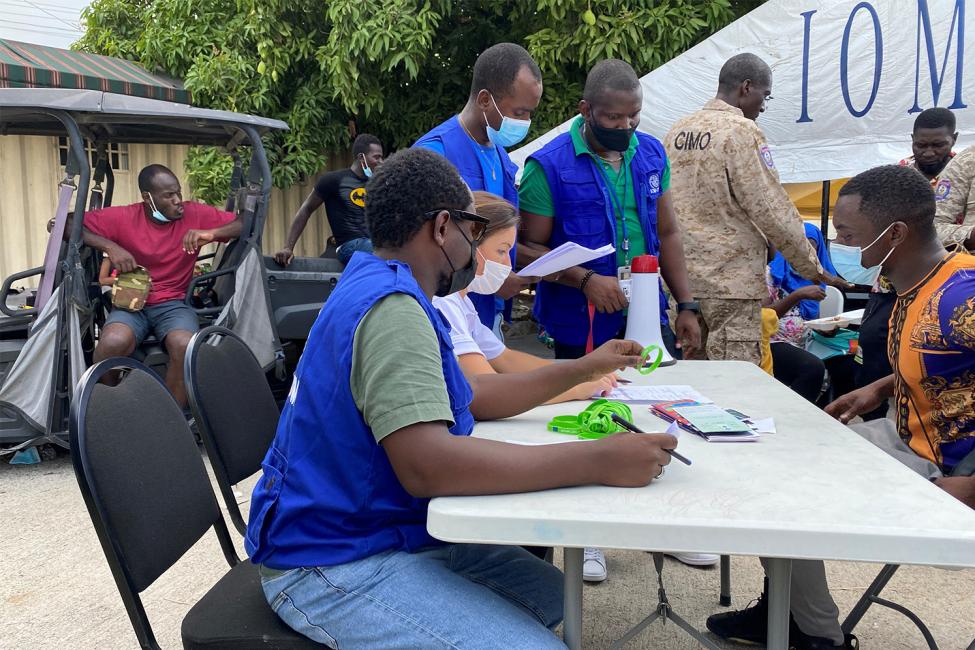 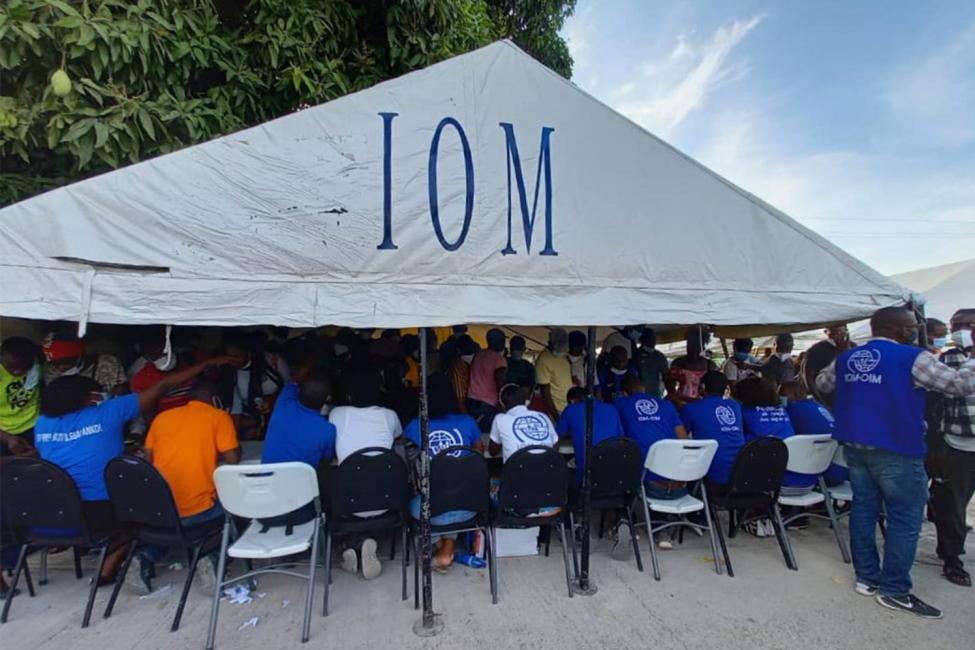 Port-au-Prince –The International Organization for Migration (IOM) has given post-arrival assistance to a total of 10,831 Haitian migrants returned over the past month from the United States, Mexico, Cuba, The Bahamas and Turks and Caicos Islands, or returned by the Coast Guard.

IOM supports the National Office for Migration (ONM) with the coordination and provision of post-arrival assistance, including the registration process and referrals to specialized services. Haiti’s Ministry of Health and Population (MSPP), supported by the World Health Organization (WHO), performs rapid COVID-19 tests upon arrival.

“The on-arrival reception activities conducted in the past month are the result of a coordinated effort between the Government of Haiti, IOM and all partners,” said Giuseppe Loprete, IOM’s Chief of Mission in Haiti.

“Migrants returned to Haiti need immediate assistance, as many of them have been out of the country for years, while others only recently attempted to leave due to the (14 August) earthquake. IOM remains committed to supporting all of them in returning home, joining their families or resettling in Haiti while the root causes are identified and addressed by governments in the region.”

Adult men represent 61 per cent of the total number of returnees, while women make up 23 per cent  and children 16 per cent. Among those returned specifically from the US, adult men also represent the majority (56 per cent), especially among those arriving to Cap-Haïtien (74 per cent).

Most of those returned from the US who were assisted by IOM had been living in Latin American countries for several years before starting their journey towards the US. Over a quarter of the children returned were born outside Haiti and acquired a foreign nationality, mostly Chilean and Brazilian.

Among the 1,789 children returned, 15 unaccompanied migrant children were travelling by sea to the US or Caribbean islands when they were identified and sent back to Haiti. Family reunification has been possible through IOM’s collaboration with Haiti’s Institute of Social Welfare and Research (IBESR).

Some returnees – particularly those travelling by sea – had started their journeys in recent years motivated by various factors, such as lack of income or job opportunities, insufficient access to services, the August earthquake, insecurity, and political instability.

The precarious conditions that Haitian migrants face while transiting the region, particularly in the Darien Gap, make them vulnerable to protection risks, including gender-based violence, trafficking in persons, migrant smuggling and other forms of abuse or violence, now exacerbated by the COVID-19 pandemic. More than 100,000 people have made the perilous jungle crossing this year.

The assistance for Haitian returnees is currently funded by USAID and the European Civil Protection and Humanitarian Aid Operations (ECHO).

IOM’s Global Crisis Response Platform provides an overview of IOM’s plans and funding requirements to respond to the evolving needs and aspirations of those impacted by, or at risk of, crisis and displacement in 2021 and beyond. The Platform is regularly updated as crises evolve, and new situations emerge.