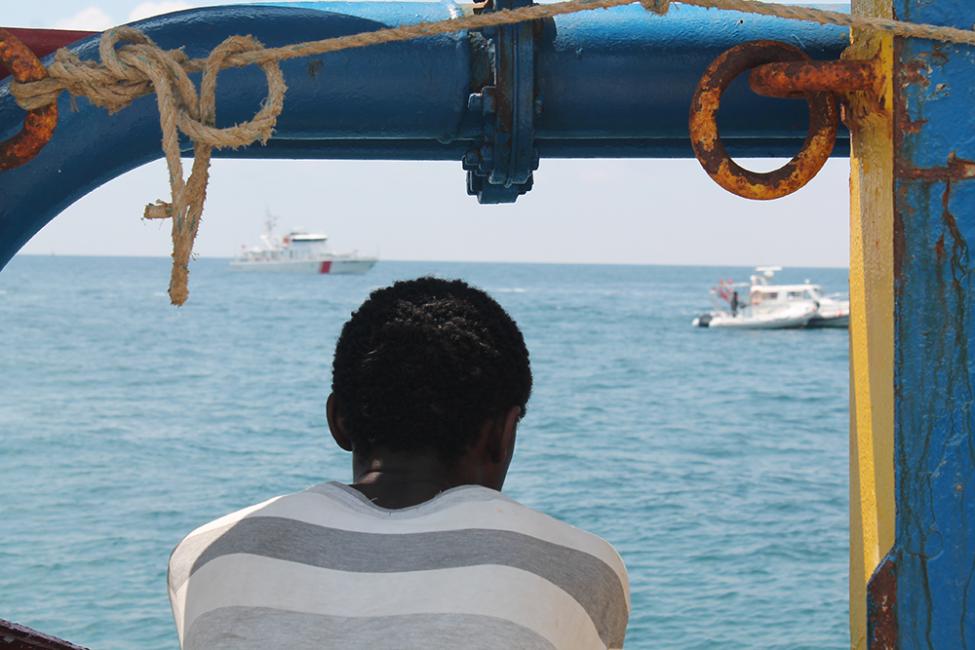 Zarzis, Tunisia – More than 80 migrants, among them women and children are believed to have drowned when a vessel capsized off Tunisia’s Mediterranean coast this week.

On Thursday (04/07) the International Organization for Migration (IOM) assisted four male survivors who said they sailed from Zwara, Libya, early Monday. One of the men, a 29-year-old national from Côte d'Ivoire suffering from hypothermia died in hospital Thursday morning.

The survivors told IOM staff that the inflatable boat carrying 86 people including four women and two children, left Zwara around 6:00am on 1 July. A few hours later the boat began to leak and capsized during the confusion and frantic movements of the dozens of people on board.

After 40 hours in the water, the men were spotted by fishermen who alerted the Tunisian Coast Guard, who brought them to Zarzis.

This is not the first such tragedy this year. On 10 and 11 May rescues were carried out on two overloaded crafts. On one boat, 59 people went missing while 16 were rescued. On the second craft, 69 were rescued. Both reportedly left Zwara, Libya, at the same time.

So far this year, 426 have drowned attempting to cross the central Mediterranean route, while some 3,750 have been returned to systematic and arbitrary detention—where they remain at risk as clashes continue to rage in Libya’s capital, Tripoli.

IOM was able to meet with two of the three rescued at sea. The third, is in stable condition in intensive care and cannot be interviewed. IOM Tunisia Chief of Mission Lorena Lando said of the remaining survivors of this week’s tragedy, two are hospitalized and one is in a shelter run by the Tunisian Red Crescent (TRC).

Lando said IOM remains in contact with all the survivors, who are believed to be Malian citizens, adding they appeared to be in a state of shock and are traumatized. IOM provided them with basic needs and psychological support, in partnership with TRC.

IOM has learned that of the 82 still missing, four are women, one of them pregnant. Two others were traveling with at least one child each. Unaccompanied children also were on board. The survivors said they knew of one Egyptian, one Gambian as well as several others from Mali, Côte d'Ivoire and Guinea aboard the vessel.