IOM, Canada Team Up to Communicate Risks of Irregular Migration in Central America 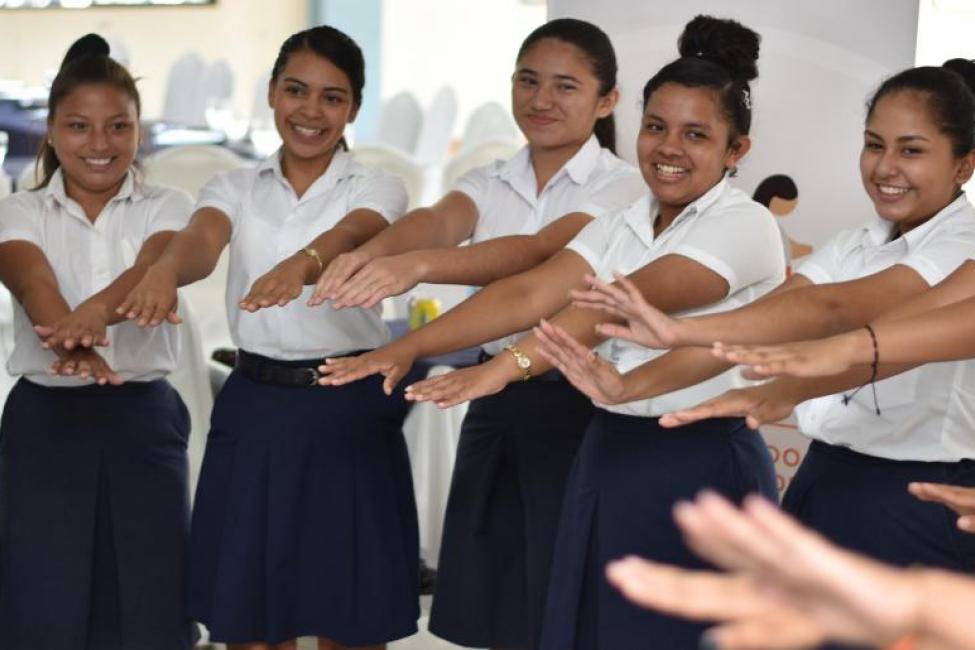 San José – The International Organization for Migration (IOM) is partnering this week with the Government of Canada’s Department of Immigration, Refugees and Citizenship (IRCC) to raise awareness amongst prospective migrants in Central America about the dangers of irregular migration, through the project Communicating Risks of Irregular Migration in Central America.

As part of the project, IOM has engaged with communities with high emigration rates from El Salvador, Honduras and Guatemala, to support the development of tailored mechanisms to better inform people of the risks of irregular migration and at the same time, build local capacities to ensure the sustainability of these initiatives.

“Canada’s support has allowed IOM’s communications efforts to target efficiently more communities in the region.  We are providing people with tools to make informed decisions concerning migration and working with children and adolescents is key to addressing current and future issues,” said Marcelo Pisani, Regional Director for IOM North America, Central America and the Caribbean.

One key element in this joint approach is strengthening municipal information hubs in these communities, through the development of information materials and training packages for staff to diminish the influence of myths surrounding migration.

IOM also identified young people as the most at risk of exploitation and abuse, and as such it has engaged with Ministries of Education and schools in communities to train teachers and students on developing activities with peers in their schools to communicate on the risks associated with irregular migration.

The baseline assessment that IOM has conducted in these countries with more than 230 students, showed that young people can mention at least one risk of irregular migration, but less than 20 per cent can identify trafficking in persons as such; and 25 per cent of them would be willing to migrate and would hire the services of a smuggler.

These findings are used to develop with their community, participative activities adapted to their contexts. These activities have reached 609 schoolchildren in the last six months, teaching them about irregular migration and the risks it entails.

“Irregular migration should not be an option to get ahead, we should always try to follow our dreams but in a way, that we keep our physical, emotional and psychological integrity safe,” stated Aracely Acosta, one of the students who participated in a workshop at her school in El Salvador.

These initiatives complement the efforts made by governments in Central America to promote regular, orderly and safe migration, which are also supported by the US Department of State’s Bureau of Population, Refugees and Migration (PRM), through the Mesoamerica Regional Migration Program, which aims to support governments in strengthening their migration management capacities.