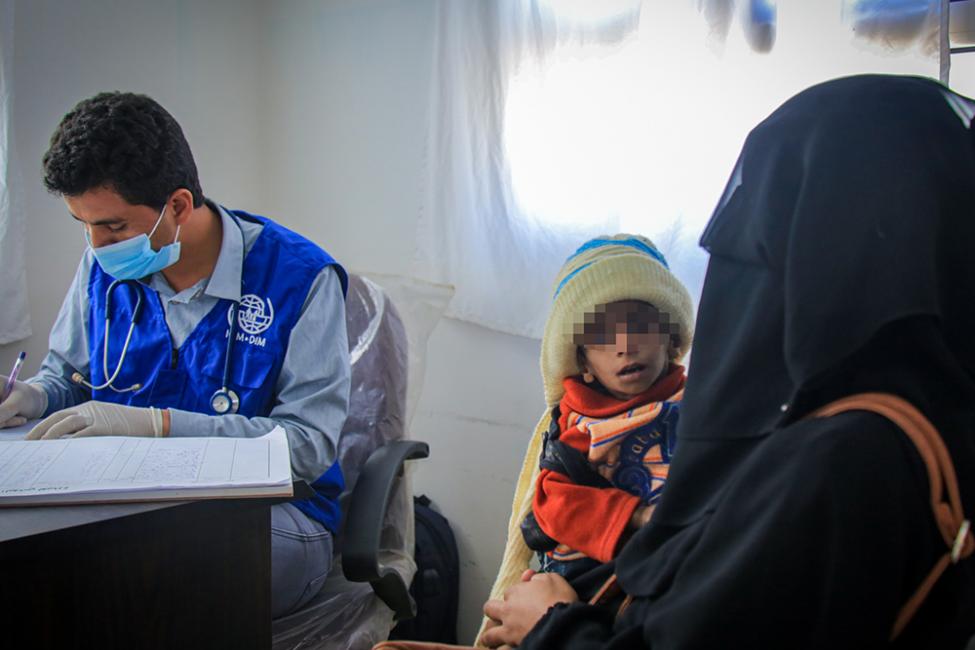 Sana’a – New United Nations data showing record levels of acute food insecurity in Yemen raise major concerns over the impact of hunger on particularly vulnerable groups, especially internally displaced people and migrants. Millions of people are displaced across Yemen, with over 166,000 newly displaced this year alone, while at least 14,500 migrants are stranded in the country — both groups worryingly cite access to food as among their critical needs.

“The impact of the UN’s famine predictions will be disastrous, and even fatal, for internally displaced people and migrants, who are already greatly suffering as a result of limited access to food and humanitarian assistance,” said Christa Rottensteiner, the International Organization for Migration (IOM) Chief of Mission in Yemen.

The Food and Agriculture Organization of the United Nations (FAO), the UN World Food Programme (WFP) and UNICEF reported on 3 December that a new Integrated Food Security Phase Classification (IPC) analysis “indicates that pockets of famine-like conditions (IPC Phase 5) have already returned for the first time in two years.” The two organizations further warned that “the number of people experiencing this degree of catastrophic food insecurity could nearly triple” by June 2021.

Yemen’s severe food insecurity is driven by the ongoing conflict and the deteriorating economy. Linked heavily to the economic crisis and exacerbated by the COVID-19 pandemic. At the same time, the increased cost of living, currency depreciation, shortage of foreign exchange, a decrease in remittances and limited government revenues have all left Yemeni families increasingly unable to afford even limited amounts of food.

"Ending the conflict is the only means of bringing a sustainable end to the food and displacement crisis in Yemen, which has devastated communities across the country for six years already,” added Rottensteiner.

Torrential rains and flooding have further exacerbated the situation by devastating local communities, farms and displacement sites between April and August.

As a result of these complex factors, at least 27 per cent of those newly displaced across Yemen in 2020 cited food as a main need. The governorates where food is a priority for displaced people are Lahj (85%), Shabwah (67%), Al Dhale’e (59%) and Abyan (58%). In both Lahj and Shabwah governorates, which are still mostly in IPC 3 (Crisis), key informants reported to IOM’s Displacement Tracking Matrix (DTM) that their food issues were due to the increased prices of essential commodities in local markets.

Nearly half of these displaced families in Lahj and nearly 90 per cent in Shabwah live with host families or relatives where they do not pay rent. That indicates that the host communities are experiencing dire economic conditions, limited resources and shortages in food supplies. This is having a knock-on effect on the displaced community.

In Shabwah governorate, food is the highest priority because many people displaced there work as civil servants and are facing reductions or pauses in government salaries. While in Al Dhale’e governorate, 73 per cent of the displaced were farmers who were forced to flee their land and are now unable to find work, leaving them unable to support their families. And despite over 40 per cent of the newly displaced in Al Dhale’e not having rent as a household expense, they still cannot afford food.

Food insecurity in the majority of districts in Marib governorate, where over 60 per cent of this year’s displacements have occurred, is already at emergency levels (IPC 4). This is extremely worrying given the large number of displaced people sheltering in the district and the limited humanitarian assistance available. There, the displacement crisis is further exacerbated by ongoing hostilities, which would lead to further disaster if they were to move closer to heavily populated areas.

In Marib, IOM partners with the United Nations Population Fund (UNFPA) to distribute emergency aid packages, including food rations, and cash assistance to those newly displaced in the governorate.

Like many displaced families, migrants are heavily reliant on aid and local charity for access to food.

"Although often ignored, migrants are some of the most vulnerable groups in Yemen. There is a humanitarian imperative to ensure that all plans to respond to this deadly hunger crisis include them,” Rottensteiner concluded.

International migrants –particularly the approximately 10,000 stranded in Aden and Marib– are in dire need of food, in addition to shelter, water and health care. In Marib, 60 per cent of migrants do not have access to food. In Aden alone, IOM is working with the Government of Ethiopia to facilitate the safe return of stranded migrants; the Organization has registered over 3,400 migrants who wish to return home. While they wait, IOM distributes food vouchers to migrants and organizes cash-for-work activities, in addition to ongoing emergency assistance.

IOM DTM data collection methodology works with key informants at the location level. Currently, IOM only has full access in seven governorates in Yemen and partial access in an additional six governorates. For more information on DTM and displacement or migration data for Yemen, please visit: https://displacement.iom.int/yemen.