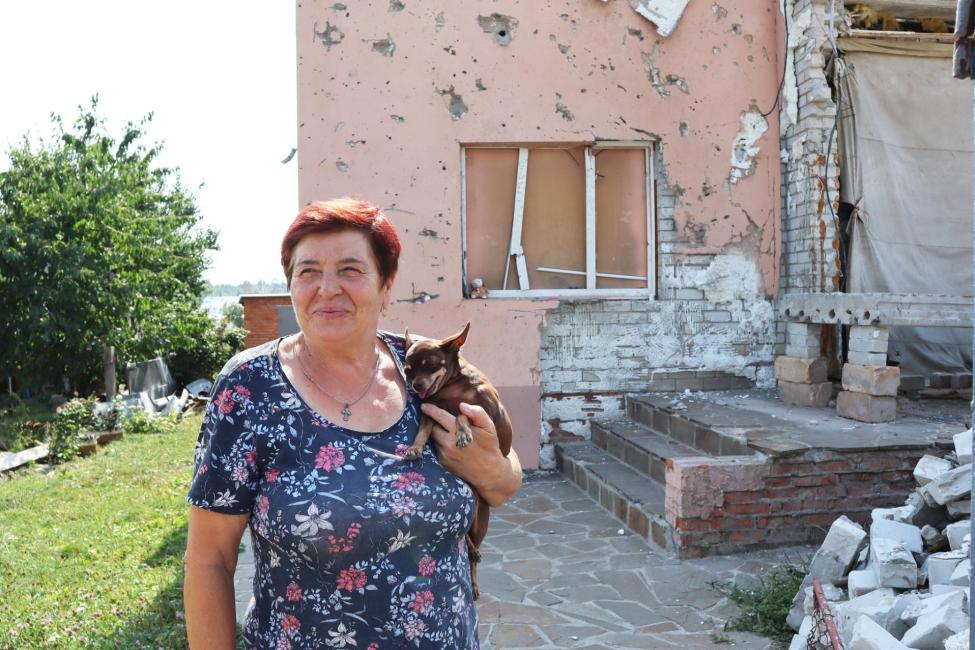 With IOM’s assistance, Nina’s family was able to repair the roof of her house that was damaged by shelling. Photo: IOM/Anastasiia Rudnieva 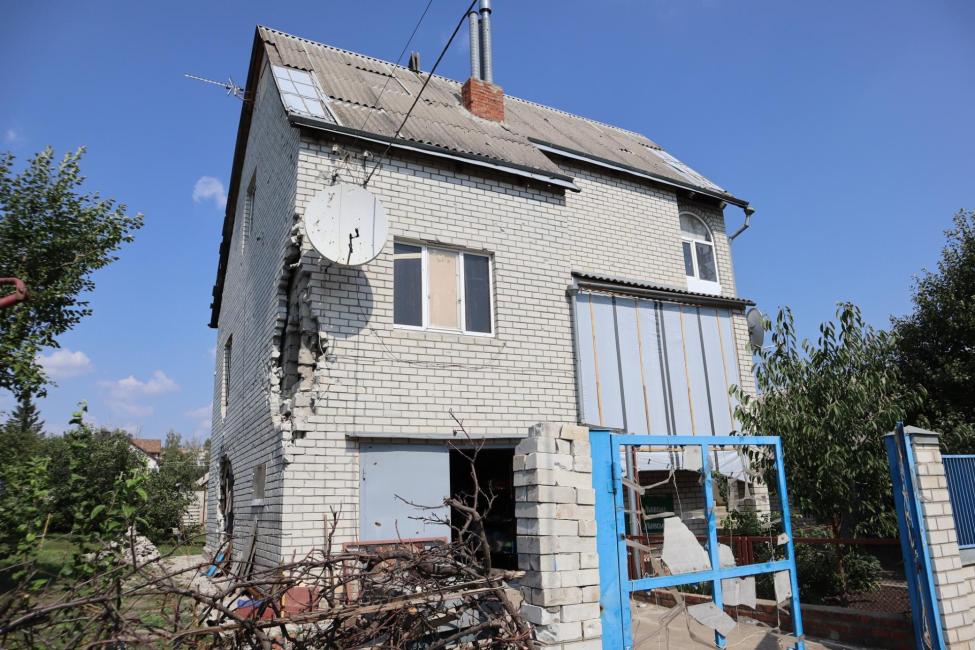 Across Kharkiv Region, residents need urgent assistance to repair their homes ahead of winter as many houses were heavily damaged by the fighting. Photo: IOM/Anastasiia Rudnieva

Kyiv – Communities cut off from humanitarian aid are receiving life-saving assistance from the International Organization for Migration (IOM) for the first time since the start of the war in Ukraine.

In coordination with other humanitarian organizations, from 16 to 29 September, IOM delivered over 30,000 relief items in 23 trucks to five municipalities in Kharkiv region: Shevchenkove, Balakliia, Chuhuiv, Velykyi Burluk, and Izum. The assistance included solar lamps, bed linen, mattresses, blankets, family hygiene kits, as well as tarpaulin and kits with tools to help residents prepare their damaged homes for winter.

There are nearly 400,000 internally displaced persons (IDPs) in the region of Kharkiv. Thousands of people remain without water, electricity or heating as the existing systems were damaged by recent fighting.

“Our emergency teams were among the first to reach these areas that have seen incredibly heavy fighting in recent weeks,” said Anh Nguyen, Chief of Mission, IOM Ukraine. “People there are in dire need of all kinds of humanitarian assistance, particularly to make their homes habitable for the harsh winter they are facing. We intend to scale up our response and ensure that no one is left behind.”

According to IOM’s latest data, out of over 6 million internally displaced persons in Ukraine, 82 per cent were forced to leave their homes in the east and south of the country. A total of 15 per cent of IDPs report that their housing is not adequate for winter, with as much as 23 per cent facing this challenge in the east.

In Kherson region, IOM delivered 1,200 emergency shelter kits for war-affected populations. The assistance was delivered to local authorities for further distribution in the municipalities of Vysokopillia and Mala Shesternia days after these areas became accessible.

‘’Working with IOM, we’ve been able to deliver shelter kits that can each repair 60 square metres of damaged homes,” said Yaroslav Yanushevich, Head of the Kherson Military Administration. “This is essential given the worsening weather conditions during the cold season.”

“Every residential building here has been damaged, including damage to windows, walls or roofs,” says Andrii, who lives in the town of Novovorontsovka, Kherson Region, a locality scarred by recent heavy fighting. “There is ongoing fighting next to residential areas, but there are still civilians living here who are not able to leave and are in desperate need.”

This assistance was delivered thanks to funding from the US Agency for International Development (USAID), and the European Union.