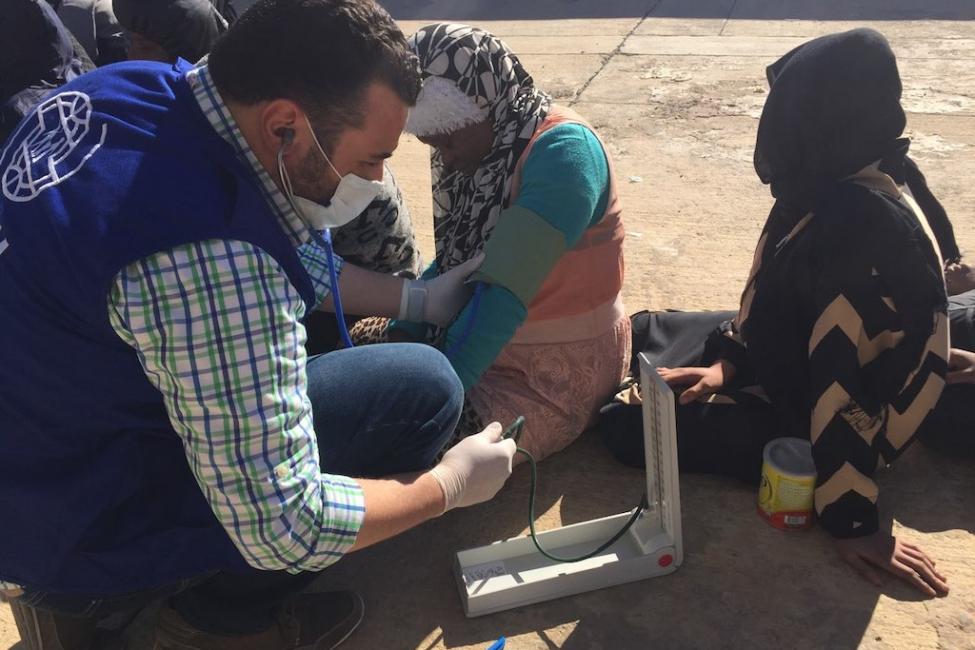 Geneva - A Sudanese migrant died from a bullet wound Thursday, hours after being returned to shore by the Libyan Coast Guard. The International Organization for Migration (IOM), whose staff witnessed the tragedy, strongly condemns the migrant's death.

The tragedy occurred at Abusitta Disembarkation point in Tripoli as many of the 103 migrants returned to shore were resisting being sent back to detention centers. IOM staff, who were on the scene to provide aid to migrants, report that armed men began shooting in the air when several migrants tried to run away from their guards.

The migrant was struck by a bullet in the stomach. Despite immediately receiving medical aid on the spot by an IOM doctor and then being transferred to a nearby clinic — he died two hours after admission.

“This was tragedy waiting to happen,” said IOM Spokesperson Leonard Doyle.  “The use of live bullets against unarmed vulnerable civilians, men, women and children alike, is unacceptable under any circumstances and raises alarms over the safety of migrants and humanitarian staff. The IOM calls upon Libyan authorities to conduct a thorough investigation of this incident and those found responsible to be brought to justice,” he stated.

The death is a stark reminder of the grim conditions faced by migrants picked up by the Coast Guard after paying smugglers to take them to Europe, only to find themselves put into detention centers, whose conditions have been condemned by IOM and the UN.

This tragedy comes two months after 53 migrants, among them six minors, were killed in an airstrike on the Tajoura detention centre. That facility remains operational to this day, despite persistent calls to end the arbitrary detention of migrants. IOM believes alternatives to detention must be found.

Some 5,000 migrant women, children, and men remain detained in inhumane conditions in Libya. Over 3,000 are detained in areas of active conflict where they are at heightened risk.

While IOM continues to provide humanitarian assistance to vulnerable and conflict-affected persons across Libya, the increasing reports of abuse and human trafficking from detention centres are truly alarming.

Concern over the humanitarian situation in Libya must now be transformed into immediate action. All sides must act to put an end to the suffering of civilians in Libya, especially detained migrants.