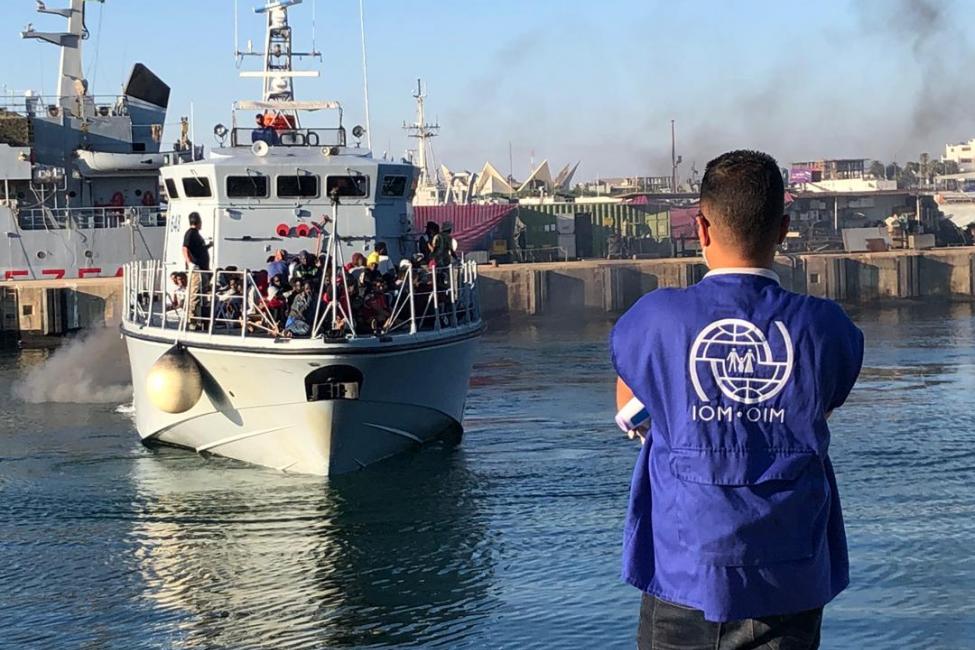 IOM Staff at a Disembarkation Point in Tripoli/ IOM 2020 Archive

Geneva- Two Sudanese migrants were killed and three others injured in a shooting at the Khums disembarkation point last night in Libya, after being intercepted at sea and returned to shore by the coast guard.

Staff from the International Organization for Migration (IOM) in Khums, reported that local authorities started shooting when the migrants attempted to escape from the disembarkation point.

The injured migrants were transferred to local hospitals while survivors were moved to detention.

“The suffering of migrants in Libya is intolerable,” says IOM Libya Chief of Mission Federico Soda.

“The use of excessive violence results yet again in the senseless loss of life, amid a lack of action to change a system that often fails to provide any degree of protection.”

IOM maintains that Libya is not a safe port and reiterates its appeal to the European Union and international community for urgent action to end the return of vulnerable people to Libya. An alternative scheme whereby people rescued or intercepted at sea are brought to safe ports must be established urgently. A greater show of solidarity between European States and frontline Mediterranean states is also needed.