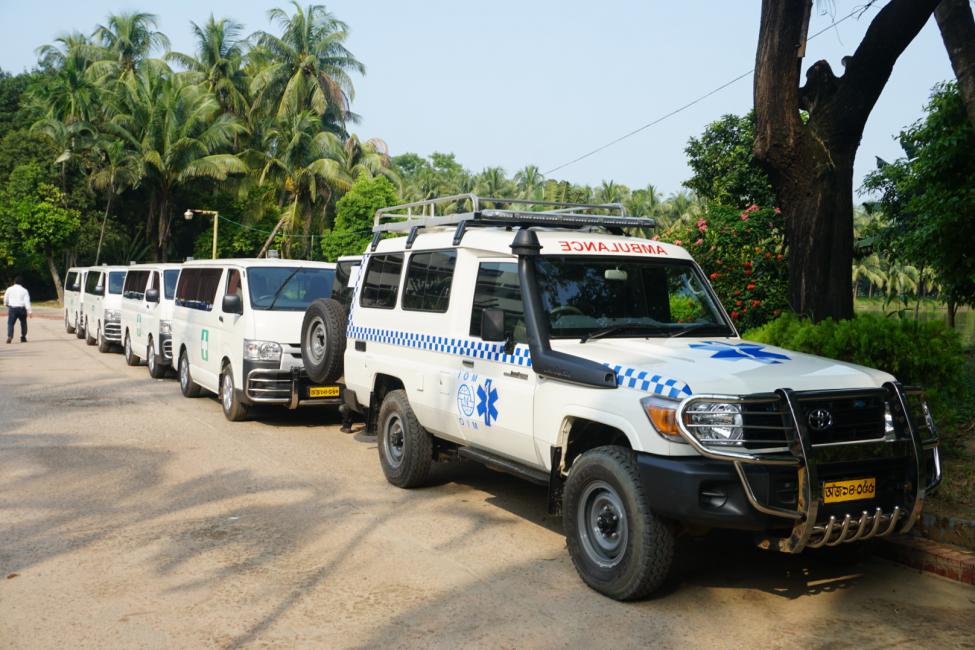 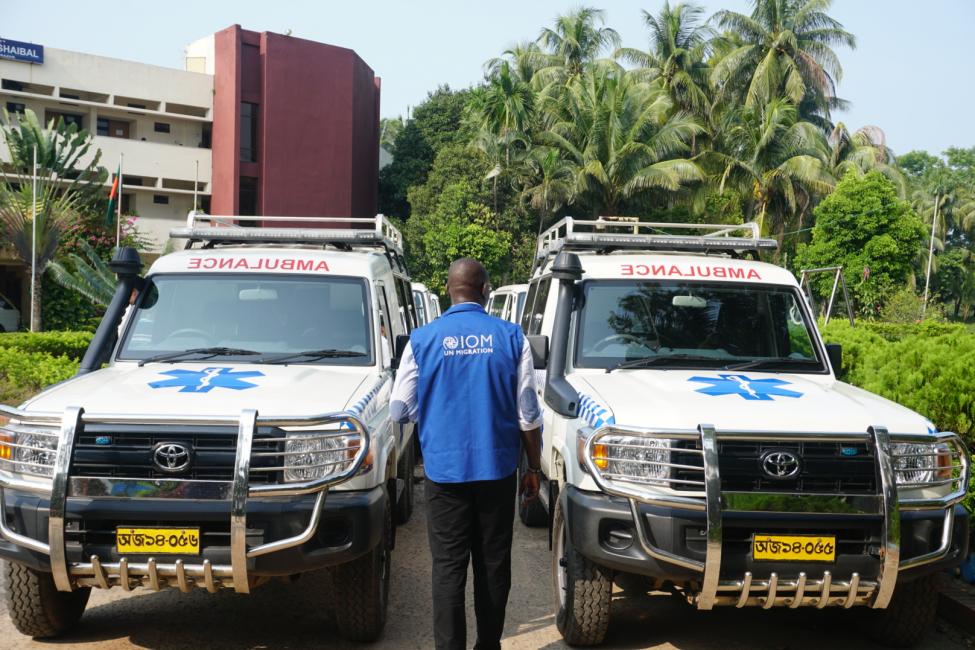 “These ambulances are going to be at the front line of saving lives and providing better health care for local people and refugees in Cox’s Bazar,” said IOM Emergency Coordinator Manuel Pereira. “They not only increase our ability to move people swiftly and safely to wherever they can receive the best health care. The specialist medical equipment inside the vehicles also means that we can help prevent tragedies while on the move.”

IOM is the lead agency for medical referrals in the area and runs a 24-hour hotline to ensure patients from across the district can receive urgent transfer by ambulance to the most appropriate health facility.

The new ambulances began operating as an IOM community clinic in Kutapalong, Cox’s Bazar, serving refugee and local mothers, was ranked by Bangladesh’s Ministry of Health among the top five in the country for maternal and child health services. The clinic was named number one for such services out of more than 2,200 clinics in Bangladesh’s Chittagong division, which includes Cox’s Bazar.

There are now almost a million refugees living in Cox’s Bazar after violence in Myanmar forced over 700,000 people to flee to Bangladesh over the past year. The dramatic increase in population has resulted in a spike in demand for medical services.

Since the refugee crisis in Cox’s Bazar began in late August 2017, IOM medics have carried out over 600,000 consultations with patients from the refugee and local communities. Over that period IOM health staff have also supported over 9,000 referrals to secondary and tertiary medical facilities in the area.

IOM in Cox’s Bazar currently oversees the referral of over 200 patients each week from medical facilities run by different organisations in the refugee camps and surrounding towns and villages to facilities across the area, including the Cox’s Bazar Sadar District Hospital and Chittagong Medical College.

The launch of the new ambulances was welcomed by Commissioner of the Office of Refugee Relief and Repatriation Commission (RRRC) Mohamed Abul Kalam, who officiated at the inaugural event, which was also attended by representatives of Ministry of Health & Family Welfare.

As part of IOM’s commitment to continuing to improve access to health care in Cox’s Bazar for all those affected by the crisis, health experts are also working to support emergency response capacity for ambulance staff. This week they are being trained by UN Department of Safety and Security (UNDSS) specialists on first responder use of the Emergency Trauma Bag.