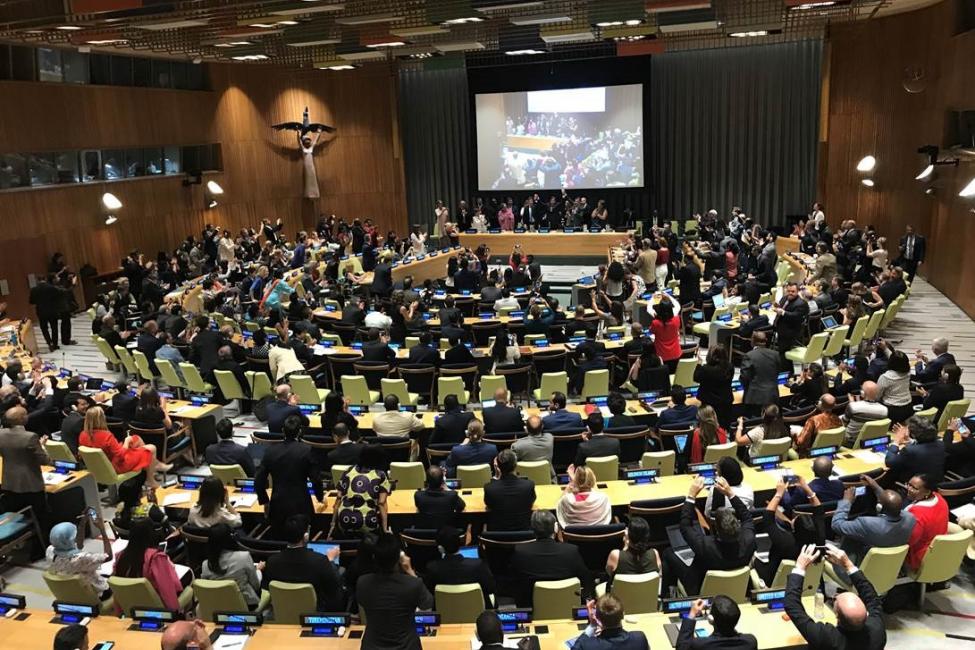 New York – The UN Migration Agency (IOM) on Friday (13/07) heralded the completion of the Global Compact for Migration (GCM) as an important milestone that will improve international cooperation on migration.

“This is not the end of the undertaking but the beginning of a new historic effort to shape the global agenda on migration for decades to come,” IOM’s Director General William Lacy Swing said. “States approached negotiations in an admirably positive spirit of collaboration with a view to how they would like to see migration policy, practice and cooperation evolve over the years, rather than as a reaction to one crisis after another as it often seems.”

The GCM sets out a range of principles, commitments and understandings among Member States, affecting nearly 260 million international migrants and the communities that host them, including considerations relating to human rights, humanitarian, economic, social, development, climate change and security issues.

“Throughout the process, UN Member States have clearly recognized that migration is always about people. The migrant-centered approach adopted with the commendable guidance of co-facilitators from Mexico and Switzerland, and of the Special Representative to the Secretary General on International Migration, is unprecedented,” Director General Swing said.

“I want to acknowledge the critical importance of their decision to include such a wide spectrum of government, civil society and private sector actors over the past two years, in particular the invaluable contribution of migrants themselves.”

The Compact is the culmination of a process that began in September 2016 when the United Nations General Assembly addressed, for the first time at such a high level, the issue of human mobility and its many dimensions in a High-Level Summit on Addressing Large Movements of Refugees and Migrants.

The Summit resulted in the adoption of the New York Declaration for Refugees and Migrants that launched an intensive preparatory process which has led to this week’s agreement. It is slated for adoption at an Intergovernmental Conference in Marrakesh in December.

“It was the sustained commitment and resolve of UN Member States and a of highly engaged stakeholders to find a new way forward that brought us to this day. We look forward to continued partnership with them, and to supporting their efforts to implement the vision and spirit of the GCM, in the years to come.”