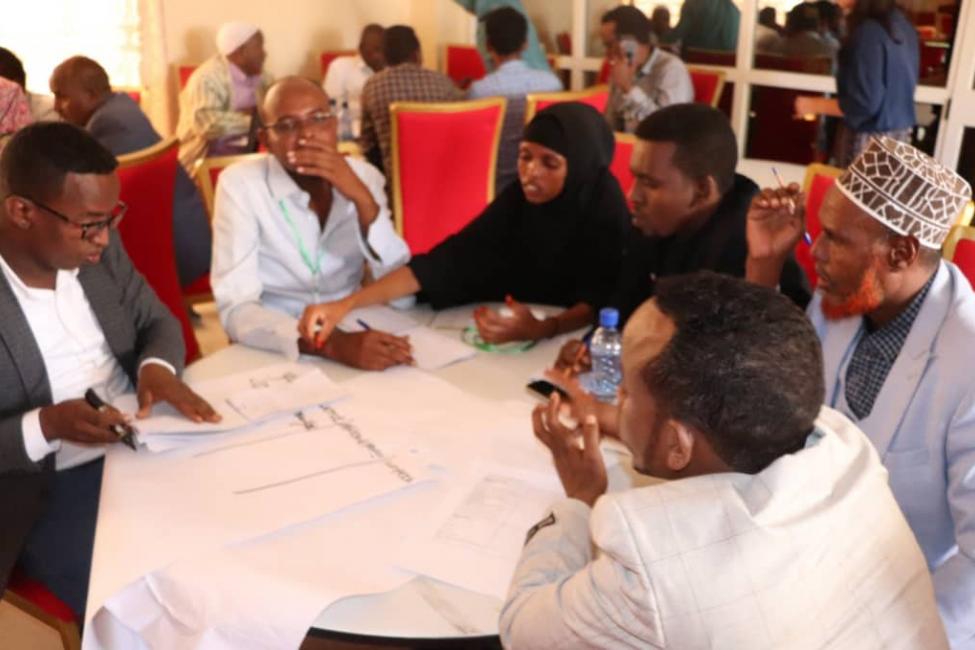 Jigjiga – Ethiopia recorded 3.04 million internally displaced persons (IDPs) by March 2019 due to ethnic conflict and environmental shocks over the past year, according to International Organization for Migration (IOM)’s Displacement Tracking Matrix (DTM).

Since April 2019, the Government of Ethiopia has rolled out a phased plan to return, relocate and integrate those displaced, resulting in tens of thousands of IDPs returning to their places of origin.

Humanitarian partners, including IOM, are now scaling up use of the community-based planning (CBP) approach to support the government’s return initiative, and to strengthen sustainable return, recovery, and social integration.

This approach encourages communities to form community-based structures that assist in identifying and prioritising their emergency and recovery needs.

It also helps displacement affected and host communities, returnees, and other migrant groups to build social cohesion and peaceful coexistence.

IOM mission in Ethiopia, in close cooperation with the Ministry of Peace, therefore, last week (4-7 November) organized and facilitated a five-day CBP Training of Trainers workshop in Jigjiga, in the Somali Region.

The meeting was attended by 50 participants, who comprised government officials, support organizations, and community leaders at regional, zonal and Woreda (district) levels.

The community leaders came from six identified Woredas in Jigjiga with a high number of communities affected by displacement. These are Adadle, Hudet, Moyale, Tuli Guled, Babile, and Erer.

The training equipped participants with skills to introduce the CBP planning process in their respective Woredas, which will result in the community generating development priorities that they own.

The workshop also established core facilitation teams (CFT), made up of people with demonstrable technical capacity to roll out the CBP process in the Woredas.

The CBP approach empowers communities, including vulnerable socio-economic groups such as IDPs, to demand and actively participate in development interventions that are relevant to them.

This inclusive approach is expected to empower communities to come up with a shared vision for sustainable development. The vision, in turn, generates goals, strategies and projects with clearly defined action plans for implementation.

In his opening remarks, Muktar Husien, DRR and Recovery Director with the Disaster Risk Management Bureau (DRMB), stressed that the Woredas participating will benefit from the CBP process and this would set a good example, to be scaled up throughout the region and country.

“The Somali Regional Government takes ownership and will fully institutionalize the community-based approach as a tool for the achievement of durable solutions for internally displaced populations in the region,” he added.

The five-day workshop is part of the Durable Solutions for Internally Displaced People in Ethiopia project, funded by the Swiss Development Co-operation.