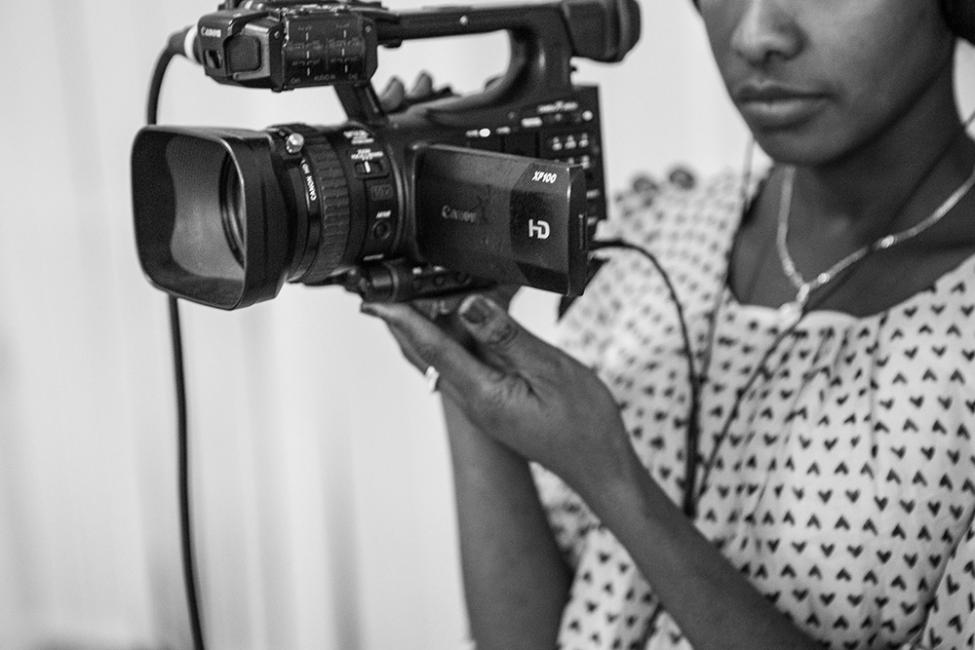 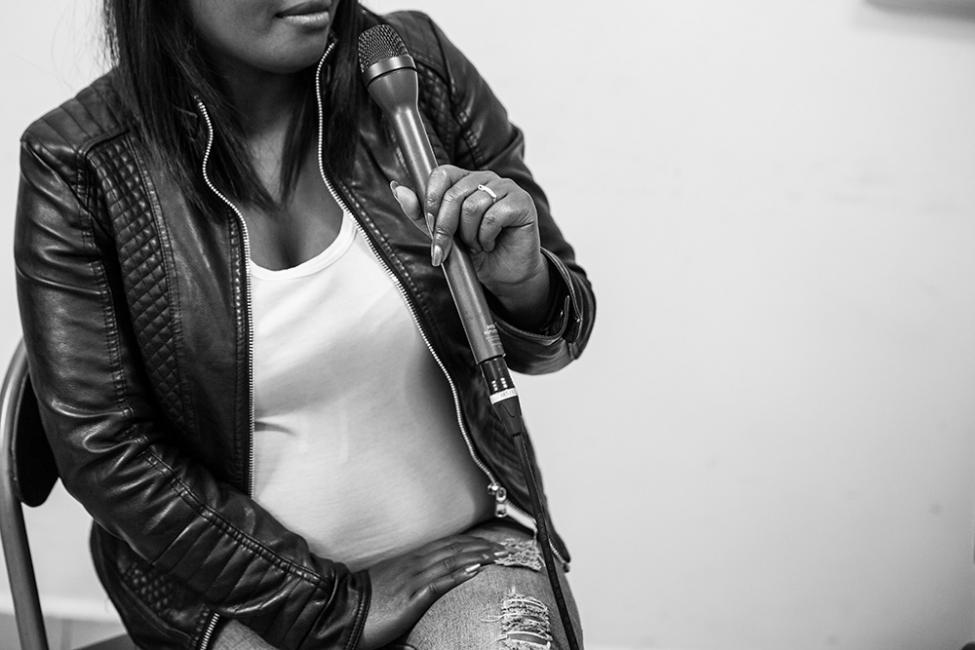 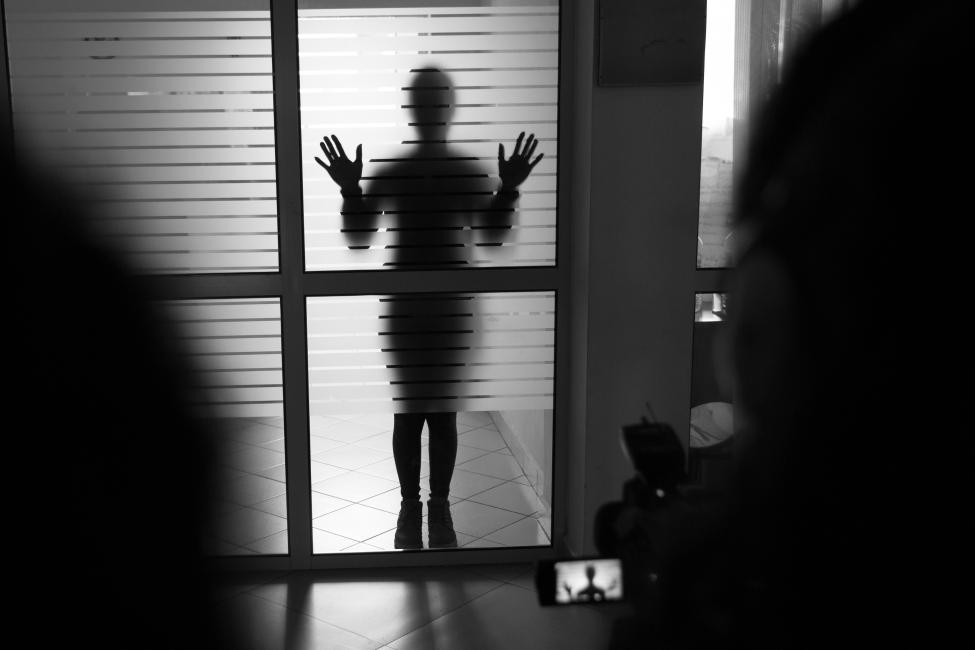 Antananarivo – A group of Malagasy women who were victims of human trafficking overcame their fear of speaking out and last week spent four days directing and filming their own stories of forced marriage and domestic slavery for a counter-trafficking documentary.

The initiative, which took place between 2 and 6 July, is part of this year’s Global Migration Film Festival, a demonstration of the festival’s commitment to enable and engage communities in filming migration narratives from their own perspectives.

Moreover, it is estimated that thousands of Malagasy women are employed as domestic workers in Lebanon, Kuwait, and Saudi Arabia; a smaller number of workers seek employment in Jordan, Mauritius, and Seychelles.

Both realities of national and transnational trafficking have been raised during the week-long workshop, which is based on peer-to-peer learning and includes editorial discussions, photography and framing techniques as well as participatory filming and editing. One of the exercises is storytelling amongst the participants to help create bonds, empathy and find commonalities between the different narratives.

For the first time in Madagascar, victims were empowered by IOM to become the filmmakers of a counter-trafficking film to help raise awareness of a subject that, in many communities, remains hidden or treated as taboo. The Festival’s team of facilitators trained the participants using Participatory Video (PV) methodology that, beyond creating a final product, is a process that catalyses self-reflection, self-recognition, transformation and change.

In order for the women to portray themselves with dignity – but without running the risk of revealing their identities – the majority opted for protecting their faces either using counter-light techniques or covering up with locally made tissues.

They also embraced a creative solution: presenting themselves without revealing their real names, but names of flowers grown in Madagascar instead.  “Dalia,” “Ovy Ala,” “Menakely,” “Mavo Adala” “Rose” and all the other members became the “Flora filmmakers” group and produced the short film Fleurs de l’Espoir (Flowers of Hope) – a 15-minute collage of testimonials portrayed via seven themes: Poverty; Lies and Frauds; Slavery and Abuse; Violence; Forced Marriage; Search for Freedom, and Hope.

“After the process I was proud because I could not imagine we could produce a film like this, especially after all we’ve been through,” affirmed Lilas. She also claims to have learned many lessons “because we shared a lot of things amongst ourselves.”

On Friday, 6 July, a special Avant-première was organized by IOM and the participants to present the film exclusively to their close friends, family members and selected partnering authorities. Blondine R., 55, the mother of “Mavo Adala,” believes the film is very useful to help prevent other young women from falling into the trap of human trafficking like her daughter. When asked which part mostly touched her, she exudes a sense of pride and said, “I liked when my daughter said women must be strong, confident and help empower themselves. This really inspired me.”

The awareness-raising component of the film was also mentioned by one of the participants, who stated: “It has shocked me and my friends. We did not know about this problem. It has brought many questions: What can we do about this? How can we help?”

In the coming months, the film produced in the local language (Malagasy) will be disseminated by IOM and the Government of Madagascar to communities and villages across the country.

“This is a great film to raise awareness because it can really touch people as it was made by human trafficking victims themselves and not by actors. There are very few women who would agree to share their stories so gathering all these video testimonials is a crucial step. But this is not enough because there are still people inciting others to go. We need more consistent initiatives from all stakeholders,” said Jeannie Rafalimanana, from the Diaspora Directorate of the Ministry of Foreign Affairs.

At the end of the year, during the 3rd edition of the Global Migration Film Festival, an international version will be screened around the world.

Amanda Nero, the Festival Director and one of the facilitators of the Participatory Video initiative said, “For the Festival, it is important not only to be a broad platform to inform, educate and promote the debate around migration but to enable affected communities that usually don’t have such a chance, to film and share their own stories. That can create change.”

“For the first time, we inverted the way of communicating about trafficking in persons: instead of us talking, we sat, observed and heard the victims of trafficking putting across in their own words and with their own means, their experiences. With that, we want to put emphasis on the individuals’ agency to overcome their trauma, and show that if you have been a victim at some point of your life, you are – as a human being – deserving of so much more, and we will not let you be catalogued as a victim for the rest of your life,” said Clara Perez, Counter-Trafficking Project Coordinator.

The workshop tour kicked off in Amman, Jordan, in October 2017. In November, it reached Malakal, South Sudan, to work with communities that have fled war and violence and in December last year, the workshop was held for a group of migrants living in Geneva, Switzerland. In 2018, it was held at an indigenous shelter for Venezuelan migrants in the North of Brazil.

After Madagascar the project’s next stop will be Afghanistan to facilitate returnees telling their stories of reintegration and hope. The initiative is funded by the IOM Development Fund (IDF) and supported by NORCAP.

Watch Behind the Scenes: Participatory Video Workshop on Human Trafficking in Madagascar.