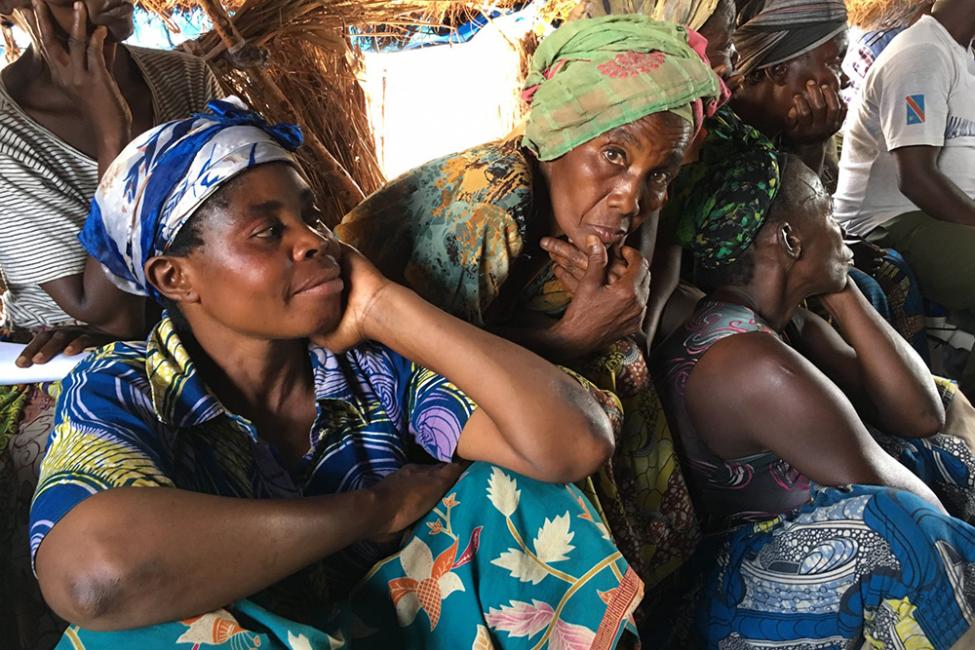 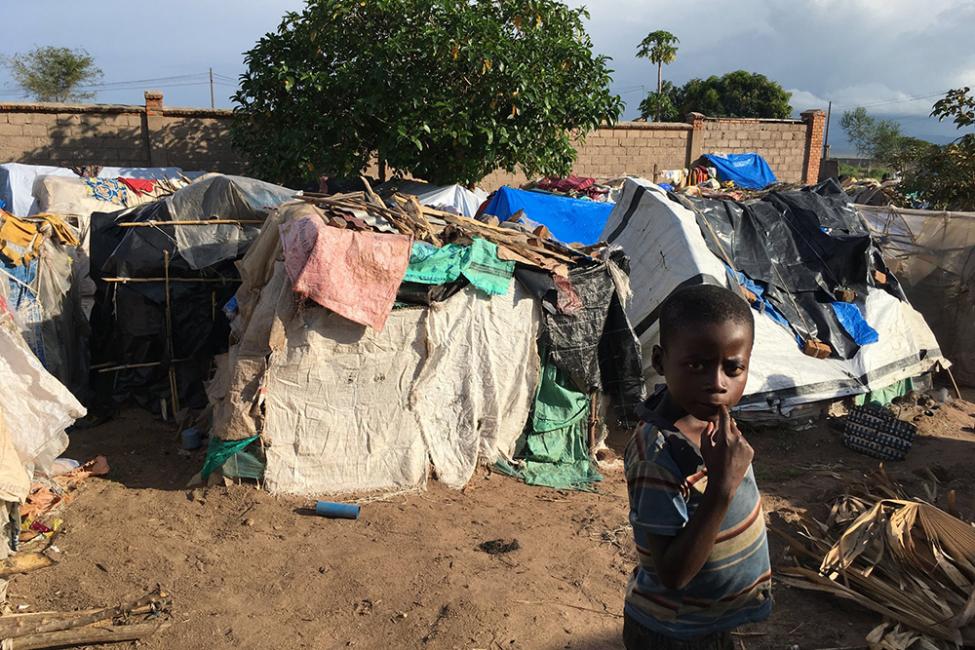 Kalemie – IOM, the UN Migration Agency, in the south-eastern Congolese city of Kalemie, continues the urgent relocation of internally displaced families from congested and unhealthy urban collective centres to a displacement site recently established in nearby Kalunga. The majority of the collective centres are former schools.

More than 200 families were transferred by IOM from the EP La Gloire school to Kalunga on Wednesday (14/03), bringing the total number of families helped to relocate to 1,930.

“We hope to conclude the relocation of the last 240 remaining families sheltering at the school in the coming days,” said Amalia Torres, Head of IOM’s Sub-office in Kalemie. “The rains are worsening already poor living conditions at the school and the families are desperate to move to the Kalunga displacement site, where they will find decent living conditions,” said Torres.

Some 11,800 displaced families are still living in extremely dangerous conditions in six collective centres in Kalemie – the EP La Gloire school being one of them.

“Many families are using simple mosquito nets as shelter. The complete absence of space between those squalid and flimsy dwellings exposes them to fire, diseases, insecurity and many other protection risks,” added Torres.

IOM aims to relocate to Kalunga and other pre-identified sites, a total of 6,000 displaced families from four schools in Kalemie with funding from the UN’s Central Emergency Response Fund – Rapid Response (CERF-RR).

Prior to the transfer of displaced families, IOM carries out site planning activities such as plot demarcation, construction of transit hangars and defines sanitary corridors to ensure the basic Camp Coordination and Camp Management (CCCM) standards are met in the extensions of the site.

The Kalunga site currently hosts some 3,500 internally displaced families. IOM and partners provide them with shelter, water, sanitation and hygiene facilities. Displaced children also have access to educational facilities and families have resumed agricultural activities to help them complement their food and nutritional needs.

IOM in Kalemie has also supported the safe and voluntary return of 390 people to Kasanga-Mtoa and Lukuangulo, located some 10 kilometers from Kalemie.

On the basis of the results of IOM’s return intention survey in the targeted sites, families that are not able to go back to their areas of origin due to the persistent insecurity, are transferred to displacement sites. There they receive an IOM emergency shelter kit and technical support to build their own shelter. For the most vulnerable, IOM and the site committee have mobilized and trained a group of young internally displaced people to build the shelters if they cannot do it on their own.

On 13 March, Mark Lowcock, Under-Secretary-General for Humanitarian Affairs and OCHA Emergency Relief Coordinator, and Sigrid Kaag, Dutch Minister of Foreign Trade and Development Cooperation, visited the displacement sites in Kalunga and nearby Katanika, where they met the site committees and internally displaced people.

The delegation, which also included Kim Bolduc, Humanitarian Coordinator in the Democratic Republic of the Congo (DRC), and Julien Harneis, Deputy Humanitarian Coordinator, also met with Richard Ngoy Kitangala, Governor of the Province, Virginie Nkulu Nemba, Provincial Minister of Humanitarian Affairs, and other humanitarian actors in the Province. Jean-Philippe Chauzy, IOM DRC Chief of Mission accompanied the delegation. In the Kalunga site, IOM presented the delegation with ongoing relocation and emergency shelter activities that aim to improve the living conditions of families displaced in school premises in Kalemie through their transfer to transit sites.

Some 630,000 people have been forced to flee their homes in Tanganyika province, bringing the total number of displaced to 4.5 million with some 13.1 million in urgent need of humanitarian assistance this year.

“IOM hopes that the 13 April 2018 pledging conference in Geneva co-hosted by the European Commission, the UN and the Dutch Government will help us address the huge humanitarian challenges in the DRC,” says IOM’s Chauzy. “The world simply cannot sit back and ignore the immense suffering of the Congolese people.”

In December 2017, IOM launched an appeal for USD 75 million to urgently meet the growing needs of displaced people and the communities hosting them across the country. So far it has received USD 4.7 million as part of its appeal.