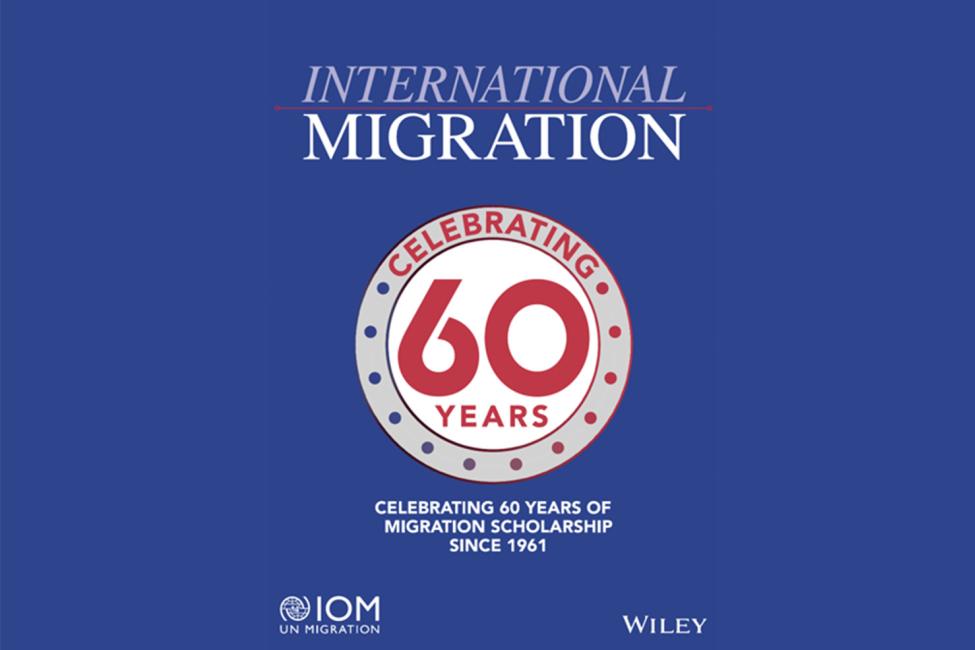 International Migration is an acclaimed research journal publishing scientific analysis by contributors from around the world on a broad range of migration issues.

Geneva – As the International Organization for Migration (IOM) celebrates its 70th anniversary in 2021, it is also marking 60 years of diverse, scientific analysis published by the leading research journal International Migration.

IOM Director General António Vitorino said the journal – established by IOM in 1961, just 10 years after the Organization’s founding – has become a widely acclaimed and independently edited publication that covers a wide range of policy-relevant research by social scientists from all parts of the world. First of its kind, the journal’s contributors have included demographers, sociologists, geographers, economists, and political scientists, among others.

“It is often said that IOM is, first and foremost, an operational organization. But even from its earliest years, the leadership recognized the central role of scientific, objective research on migration, arguing the need for research to inform political and policy discussion, as well as IOM’s own work,” Vitorino says in a commentary in the journal reflecting on its six decades and on the importance of evidence-based research on migration.

The Director General commended the many key contributions that social scientists have made in providing better understanding of international migration. Issues related to the entire ‘migration cycle’ from origin, transit, host, destination, and return and reintegration are all relevant to the journal.

“From its very beginning, International Migration has sought to influence the field of migration studies by publishing innovative and original research that would be useful to scholars and policymakers alike,” she writes.

International Migration has covered a range of important and timely subjects over the years, including migration and development, remittances, migration and health, gender and migration, among others.

With support from IOM, the International Migration journal is published by Wiley and currently edited by leading migration academics from Koç University and Özyeğin University in Istanbul and Universiteit van Amsterdam. All three commentaries marking the journal’s 60 years are open access on its website.