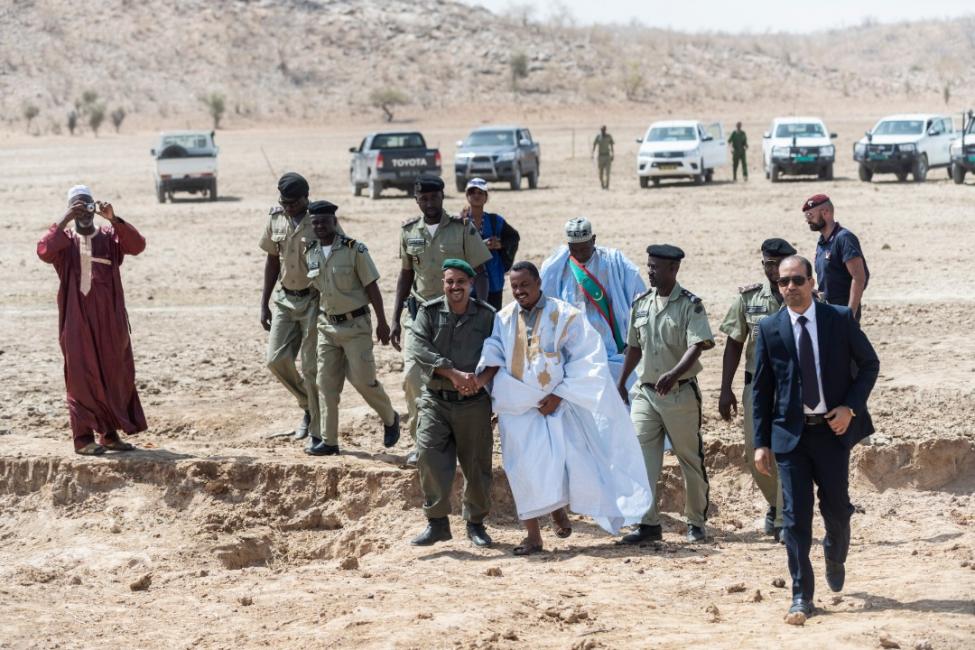 Bakel – More than 300 people took part in a fifth cross-border crisis simulation exercise organized Thursday by the International Organization for Migration (IOM) in partnership with the Government of Senegal in the eastern city of Bakel near the borders with Mauritania and Mali.

The exercises prepare local populations and border management actors to respond to potential security crises by testing and strengthening collaboration and communication between border communities, administrative authorities, security forces in Senegal and Mauritania, as well as health and relief services.

"Security is first and foremost an individual responsibility that extends to the community and then becomes a national interest,” said IOM Senegal Project Coordinator Massimo Ramanzin. “With this fifth exercise, IOM reiterates the important role of the community in safe and humane border management.”

This type of full-scale simulation exercise has attracted increasing interest from governments in West Africa, which has led to an increase in the activities aimed at involving of border communities in the response to security crises.

At the end of the first simulation in Matam, a specific border emergency plan was drawn up jointly with the various actors and tested in the following simulations. The plan foresees a response to the coordinated crisis on three levels, by three crisis units: departmental (at the Prefecture level), regional (coordinated by the Governance) and central (interministerial).

The latest crisis simulation was an opportunity to put into practice lessons learned and good practices from previous experiences, including increased community participation in crisis prevention and management.

The crisis simulation is part of the second phase of the project "Engaging border communities in border security and management in Senegal", funded by the Government of the United States and implemented by IOM in collaboration with the Government of Senegal.