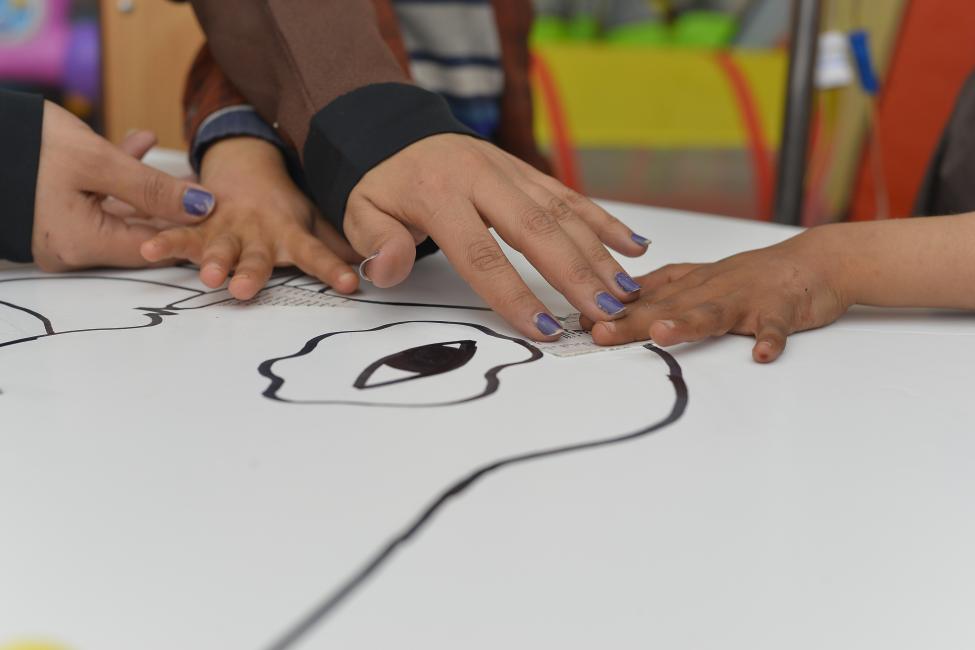 Sana’a – The conflict in Yemen – raging since March 2015 and recently intensified by clashes in and around Al-Hudaydah over the weekend – has disrupted the lives of millions of Yemenis. Nearly ten per cent of the population, or 2.3 million people, are displaced as of June, according to the UN Migration Agency’s (IOM) Displacement Tracking Matrix.

The devastation of essential infrastructure has exacerbated struggles faced by the Yemeni population to find livelihood opportunities and provide for their families. As a result, an estimated 22 million Yemenis are in need of humanitarian assistance and almost 18 million are food insecure, according to the UN Office for the Coordination of Humanitarian Affairs.

The protracted conflict and subsequent displacement has also halted the education of nearly two million children, that the Ministry of Education  and UNICEF estimate, are not attending school. Recognising the need for children to have a safe place to play, IOM has established 31 Child Friendly Spaces in Yemen.

IOM safe spaces allow children a respite from conflict – a place to play, learn and regain a sense of normalcy. Children participate in a variety of activities including games, artwork, puppet theatre, and storytelling. More than 170,000 girls and 230,000 boys have been served in centres operating in Aden and Sana’a to date.

Since March 2016, IOM has provided community based psychosocial support to nearly 400,000 children that utilize these spaces. More than half of these children have been displaced from their homes and live in informal sites throughout the country.

According to Anwar Al- Shami from IOM Yemen, “Our teams have learned of several incidents of child suicide, sexual and labour exploitation, family separation and recruitment since the war broke out in Yemen. We are striving to provide a safe place where children and families feel supported.”

IOM staff psychologists have provided more than 100,000 psychosocial consultations for children and their guardians the CFSs since 2016. IOM also provides MHPSS in 61 health facilities across the country.