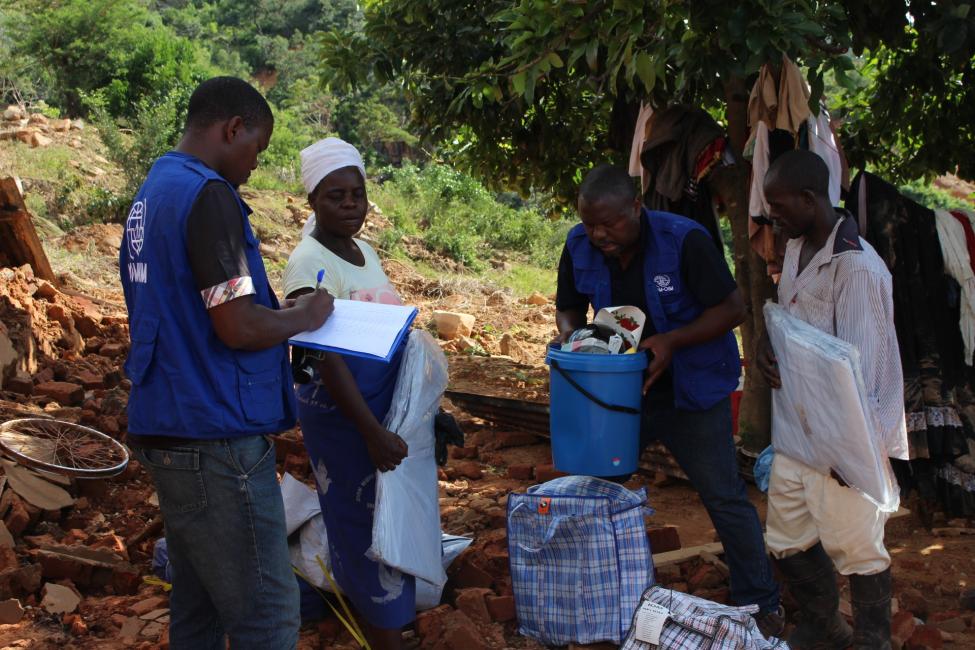 Geneva — The International Organization for Migration (IOM) has responded to the deadly Cyclone Idai, which has taken over 500 lives across Zimbabwe, Mozambique and Malawi.

“A week after the cyclone we’re starting to grasp the scope and complexity of the challenges facing the governments and peoples of these three nations,” said Mohammed Abdiker, Director of IOM’s Department of Operations and Emergencies.

He added: “Moving forward we will continue to work with our UN and governmental partners to address the immediate and life-saving needs of the most affected communities, particularly relating to the provision of badly needed shelter assistance and Non-Food Items.”

IOM and its international partners are working on the details of a broad appeal that will be issued in coming days to assist those affected by the emergency across the three nations.

Conditions are challenging everywhere, after the cyclone made landfall on March 15; thousands are stranded in tropical zones without bridges or accessible roads.

Mozambique’s official death toll from Cyclone Idai’s landfall has reportedly risen to at least 242 persons, but that number is expected to increase in the days ahead. The government expects the toll of fatalities to surpass one thousand, with 142 confirmed injured, and an untold number still missing.

Mozambique’s government estimates that some 400,000 are internally displaced at this time and has declared a state of emergency. Shelter materials from the U.K.’s Department for International Development (DFID), including 7,550 shelter kits and 100 family tents sufficient for 38,000 people, arrived in Mozambique’s capital, Maputo, Tuesday. More emergency aid is due to arrive from Switzerland and Italy.

“The situation is very bad. The damage is quite serious,” said IOM Mozambique Chief of Mission Katharina Schnoering. “There are many communications issues.” Difficulty restoring power to the large city of Beira and problems with road access, where the rising Buzi River has washed out sections of highway, also complicate aid delivery.

In Zimbabwe, the cyclone reached the districts of Chimanimani, Chipinge, Masvingo and Mashonaland East, affecting over 50,000 people. More than 120 bodies had been washed into neighbouring Mozambique, where residents buried them. At least four bridges have been washed away.

Among national and international partners responding to the crisis, the Government of Zimbabwe through the Department of Civil Protection (CPD) requested IOM be the lead agency on shelter and Non-Food Items (NFI) cluster.

“We are swiftly responding to areas of Manicaland, Mashonaland East and Masvingo which are in desperate need of relief. Our UN migration partner IOM is coordinating the shelter and NFI emergence assistance response and they are already in Manicaland for rapid emergence needs assessment,” said Nathan Nkomo the Director for the Department of Civil Protection.

The District Administrator for Chipinge, Wilson Mashava, appealed for more humanitarian support to reach out to more displaced households in desperate need of assistance.

“I could see my loved ones dying, there are children here who are now orphans and have nowhere to stay. The house where I lived was destroyed, I am devastated,” said Jane, a resident of Chimanimani, who is expecting a child in April. “These tarpaulins will protect me and my family from the rains, thank you! I hope you have enough for everyone around here, our challenges are the same.”

In Malawi, IOM is aware of 56 confirmed deaths, 577 injuries. Countrywide, the Government of Malawi estimates some 920,000 displaced persons.

“The greatest need we have seen on the ground is for shelter for 23,000 people, we’ve also noted an urgent need for food, for 5,905 households in one district of the Phalombe region,” said Mpilo Nkomo, Head of Office for IOM Malawi. “The challenge here is the persistent rainfall, since the beginning of March. A number of families have been displaced. Many are seeking shelters in schools.”

Mr. Nkomo thanked IOM Geneva for the release of USD 75,000 in emergency funds. The three IOM units in Malawi, Mozambique and Zimbabwe with the support of Regional Office Pretoria Emergency Unit and DOE Geneva HQ jointly working on a sub-regional appeal for more aid from the international humanitarian community.