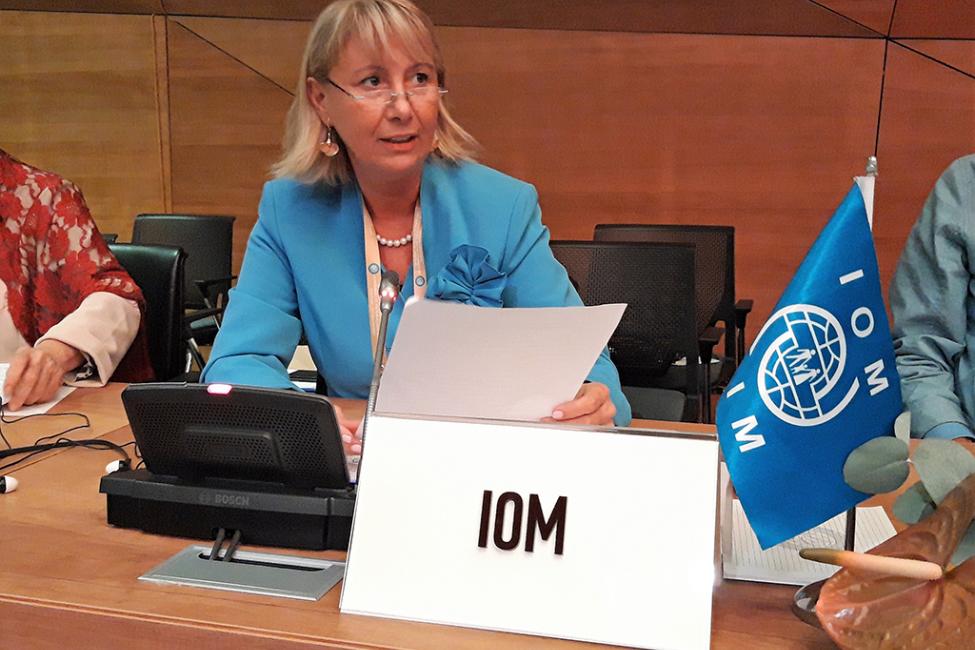 Baku – An integrated response is essential for global peace, stable societies, sustainable development and well-managed migration. That was IOM’s key message to the XVIII Summit of the Heads of State and Government of the Non-Aligned Movement (NAM) in Baku, Azerbaijan on 25 October.

Argentina Szabados, Regional Director for Southeastern Europe, Eastern Europe and Central Asia – speaking on behalf of Director General António Vitorino – praised “the essential role NAM has played throughout its almost 60 years of existence in its quest to establish a more peaceful and prosperous world.”

Speaking to more than 120 presidents, heads of state, prime ministers and their representatives, Szabados stressed IOM’s growth into its role in the United Nations system, including its coordination of the UN Network on Migration.

She traced the evolution of IOM’s forthcoming Strategic Vison and Landscape, and how it would ensure the continuance of an effective, responsive organization, characterized by its proximity to migrants and governments alike, focused on migration as an agent of development.

“We are, and with the help of our Member States and others, will remain capable of delivering tailor-made solutions to diverse migration challenges,” she said. “We share your vision of peace, prosperity and development.”

The Non-Aligned Movement is the biggest forum for political coordination and consultation after and within the United Nations, composed of 120 Member States from the developing world. There are also 17 countries and 10 International Organizations that hold observer status.