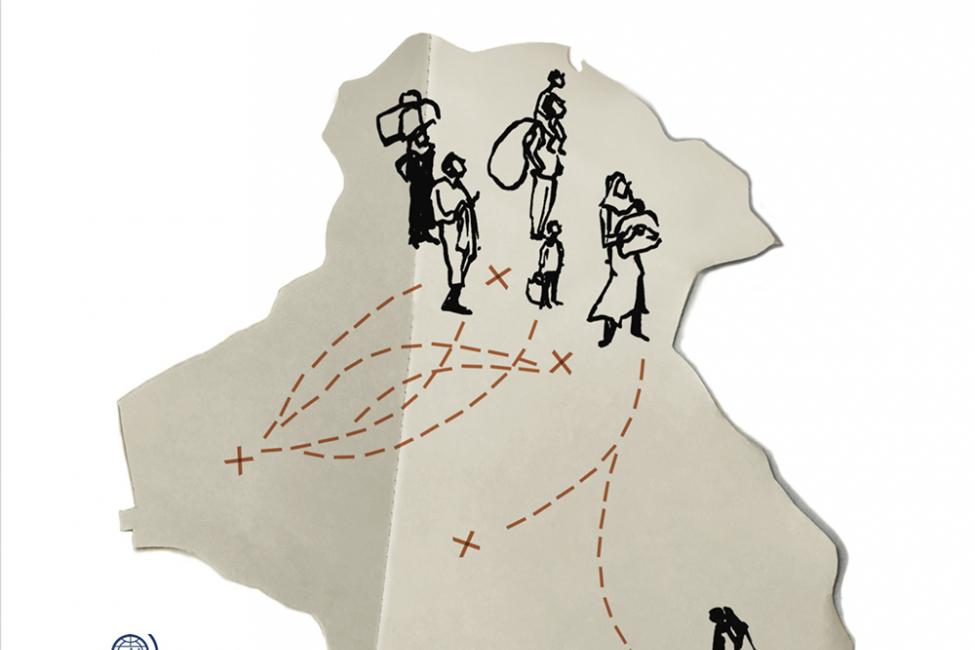 Erbil – In April 2016, Iraq experienced its peak of displacement with approximately 3.42 million individuals forced to flee their homes. Two and half years later, in November 2018, this number has nearly halved to 1.87 million individuals, and most of these remaining internally displaced persons (IDPs) report planning to stay where they are over the next 12 months.

Protracted displacement is generally described as a condition in which internally displaced persons are unable to reduce the vulnerability, impoverishment and marginalization that may be caused by displacement.

Protracted displacement in Iraq is described in the study released today (20/11), Reasons to Remain: Categorizing Protracted Displacement in Iraq, conducted jointly by IOM Iraq; the Returns Working Group, an operational and multi-stakeholder platform on returns; and Social Inquiry, an Iraq-based research institute; and with input and support from the Ministry of Migration and Displacement (MoMD) within the Federal Government of Iraq.

“Being stuck in protracted displacement, a situation that is characterized by long periods of exile and longing for home while a state of emergency no longer exists, is very challenging for the displaced and their families,” said Gerard Waite, IOM Iraq Chief of Mission.

“Finding durable solutions to displacement is a long-term process requiring close cooperation between the government and a range of humanitarian actors. Such support includes helping IDPs improve their coping capacities and self-reliance as well as facilitating environments to absorb displaced and returning populations in host communities,” Waite added.

In Iraq, there are many reasons why IDPs remain displaced. The study classified these reasons into five categories: obstacles relating to housing; livelihoods and basic services; social cohesion; security; and mental health issues and psycho-social distress, with destruction of houses in areas of origin the most prevalent self-reported reason for displacement.

This report is the first step in a process to provide a comprehensive, geography-based analysis of remaining IDPs and obstacles to return.

The report can be accessed here.