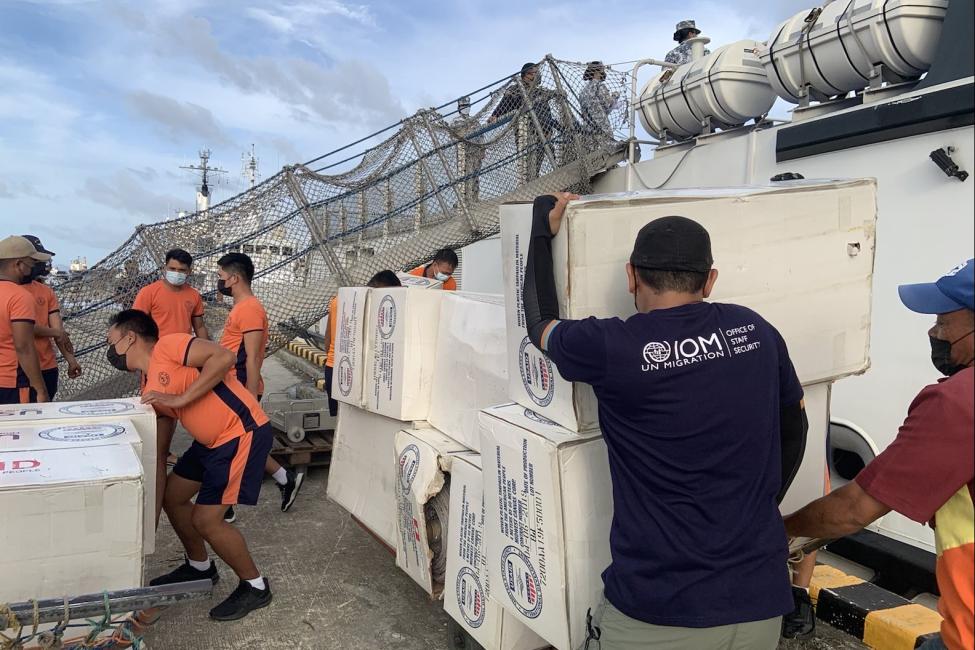 IOM staff and members of the Philippines Coast Guard unloading tarpaulins and other emergency supplies in Surigao City today, one of the areas the Category Five Typhoon Rai pounded with winds of up to 260kmh on Thursday (16 Dec). Photo: IOM 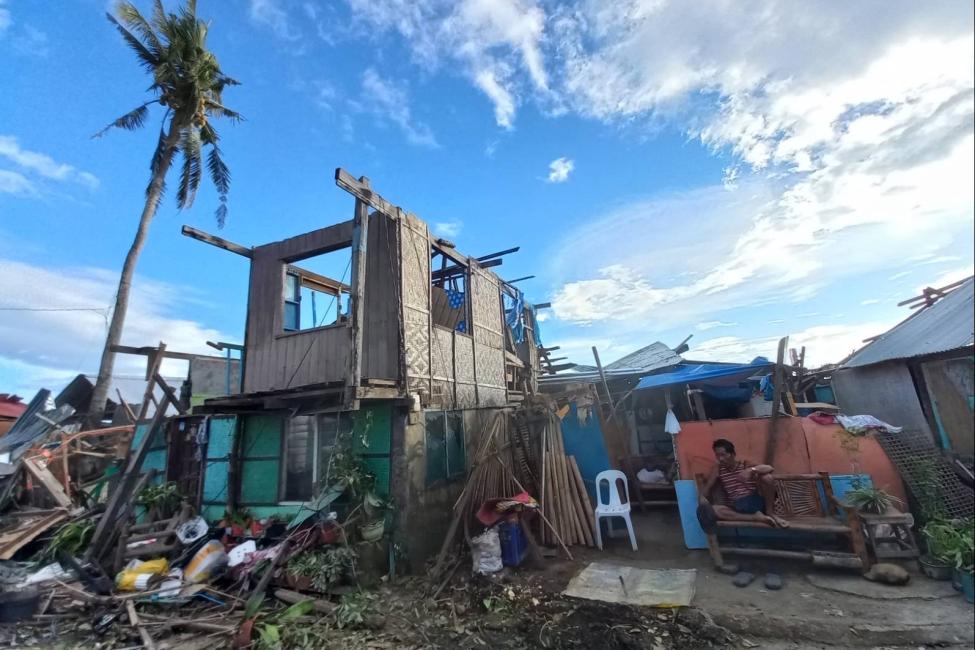 More than 30% of the affected populations come from the Eastern Visayas Region. Photo: IOM 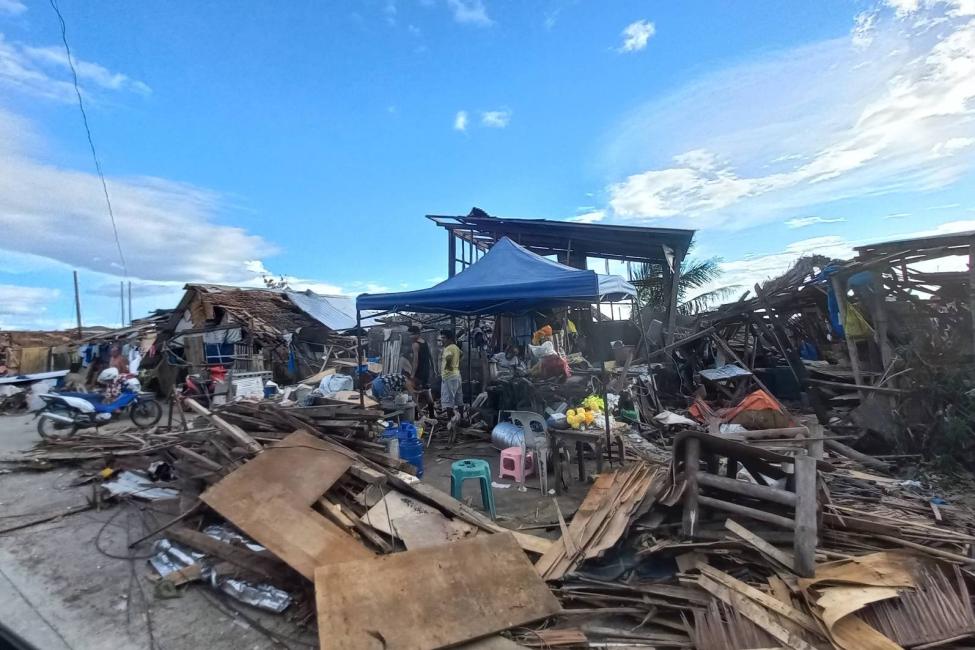 More than 30% of the affected populations come from the Eastern Visayas Region. Photo: IOM

Manila – The International Organization for Migration (IOM) has dispatched surge teams to support the Philippine government’s efforts to assist communities devastated by Typhoon Rai, the most powerful storm of 2021.

The Category 5 typhoon made landfall Thursday afternoon with winds of up to 260kmh, impacting more than 1.8 million people in 33 provinces according to government figures. Philippine National Police (PNP) confirmed today at least 375 people have died, 500 are injured and more than 50 are still missing.

Nearly 445,000 people are currently in roughly 2,000 evacuation centres throughout the affected areas.

“It is heartbreaking to see communities preparing for the holidays lose everything as the typhoon swept away their homes and livelihoods in a matter of seconds,” said IOM Deputy Director General for Operations Ugochi Daniels.

“We haven’t seen destruction like this since Super Typhoon Haiyan back in 2013. The government deserves a lot of credit for moving hundreds of thousands of people to safety but we are preparing for more bad news as the search for survivors continues.”

IOM’s teams have been sent to Southern Leyte in Eastern Visayas Region, Bohol, Cebu and Surigao Provinces. The Organization has delivered thousands of shelter-grade tarps and sheets to communities in the provinces of Surigao del Norte, the Dinagat Islands and Southern Leyte.

Meteorologists are also watching a new weather system forming over the Pacific, which could bring more rain to the affected regions starting on 24 December.

IOM is appealing for funds to scale up its response including health, protection, camp management, non-food items and shelter support.