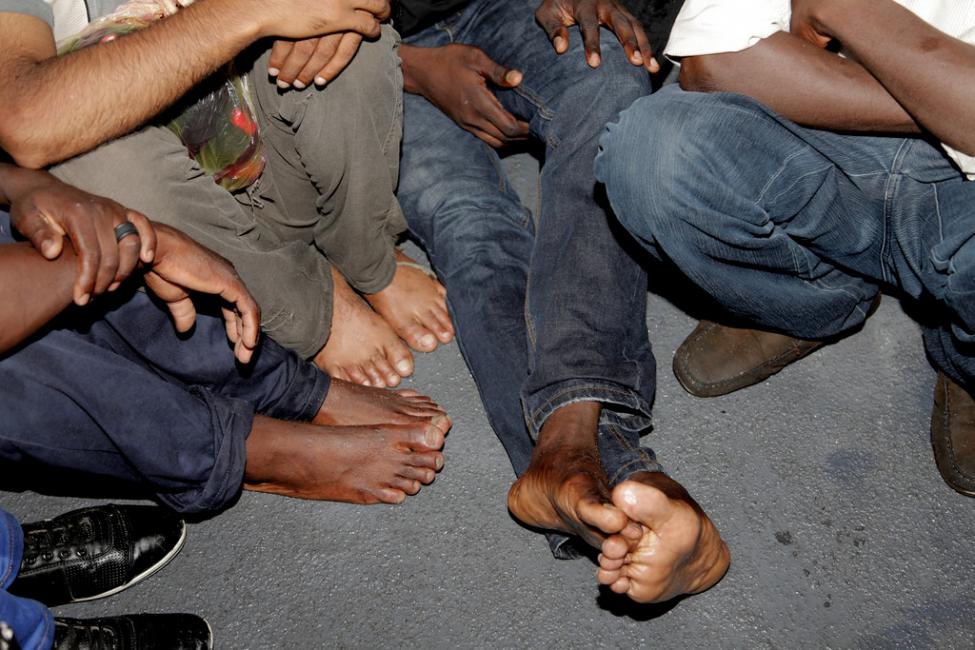 Geneva - Concerned with the ongoing human tragedy in which almost 1,000 refugees and migrants have perished while being smuggled across the Mediterranean this year, UNHCR, the UN Refugee Agency, and IOM, the UN Migration Agency, are today appealing to European Union countries for  concerted, region-wide action to greatly reduce needless loss of life at sea.

UNHCR and IOM believe a new collaborative approach is needed to make disembarkation of people rescued at sea more predictable and manageable. This should build on ongoing collaboration between the EU, UN and African Union. People rescued in international waters should be quickly brought ashore in safe locations in the EU, and potentially elsewhere too.

The approach needs to be complemented by more resettlement places, family reunification and other solutions within the EU, and increased support to countries where people are disembarked.

“In the past 10 days we have had vessels on the Mediterranean Sea carrying rescued refugees and other migrants and unable to dock because of political deadlock in Europe. Upholding the right to asylum in EU Member States is absolutely crucial,” said UN High Commissioner for Refugees Filippo Grandi. “Denying rescue, or shifting responsibility for asylum elsewhere is completely unacceptable. We need countries to come together and chart a new way forward.”

“Our priority is saving the lives of all those who have been victimized by smugglers who cynically put men, women and children alike, into unsafe rafts on the high seas,” said William Lacy Swing, IOM’s Director General. “So far this year nearly 1,000 people have lost their lives due to this cruel calculus in which the smuggler always wins.”

Sea arrivals of refugees and migrants peaked in 2015 when more than a million desperate people crossed the Mediterranean to Europe and almost 5,000 died trying to make it. Three years on, arrivals are back at pre-2014 levels and are dropping towards their long-term historic averages. So far, this year some 42,000 have crossed the Mediterranean to Europe, compared with 85,000 at the same period last year.

IOM and UNHCR urge European States to seize the opportunity provided by tomorrow’s EU Summit to find a new and united approach to the situation of Mediterranean arrivals that answers the shared needs of all countries to be able to manage their borders and migration policies while simultaneously upholding European and international asylum standards developed over decades. European support, solidarity and collaboration with refugee hosting countries in developing regions, as well as countries of transit, has become more critical than ever.

IOM and UNHCR are ready to support States in this effort.