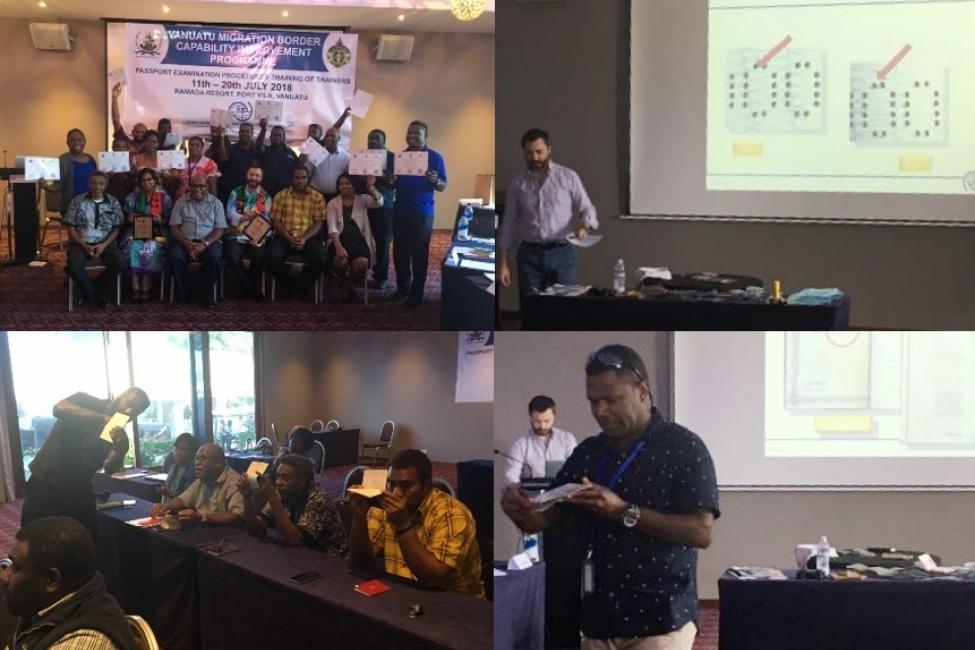 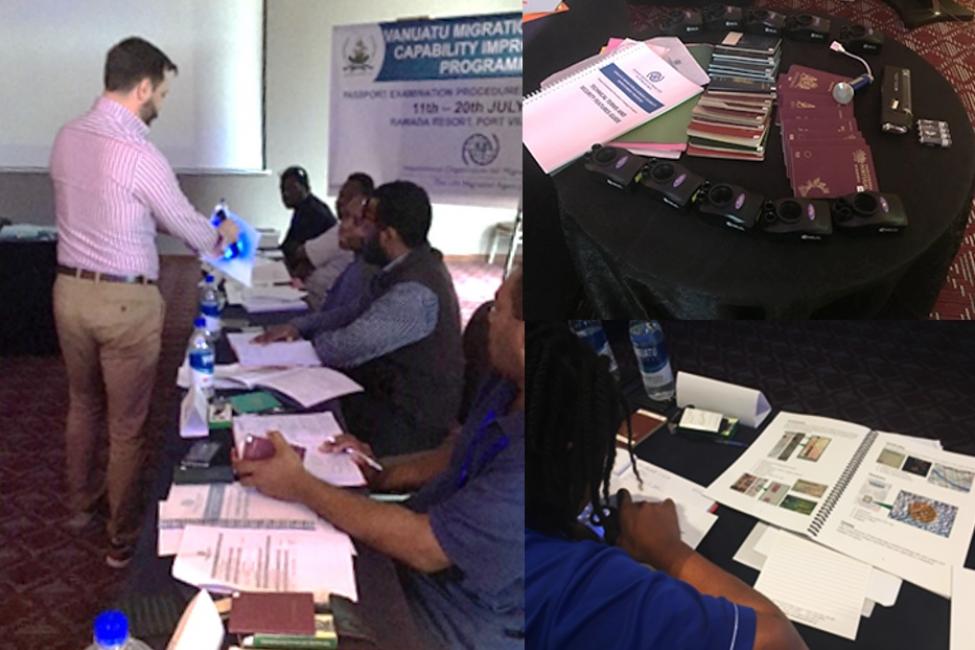 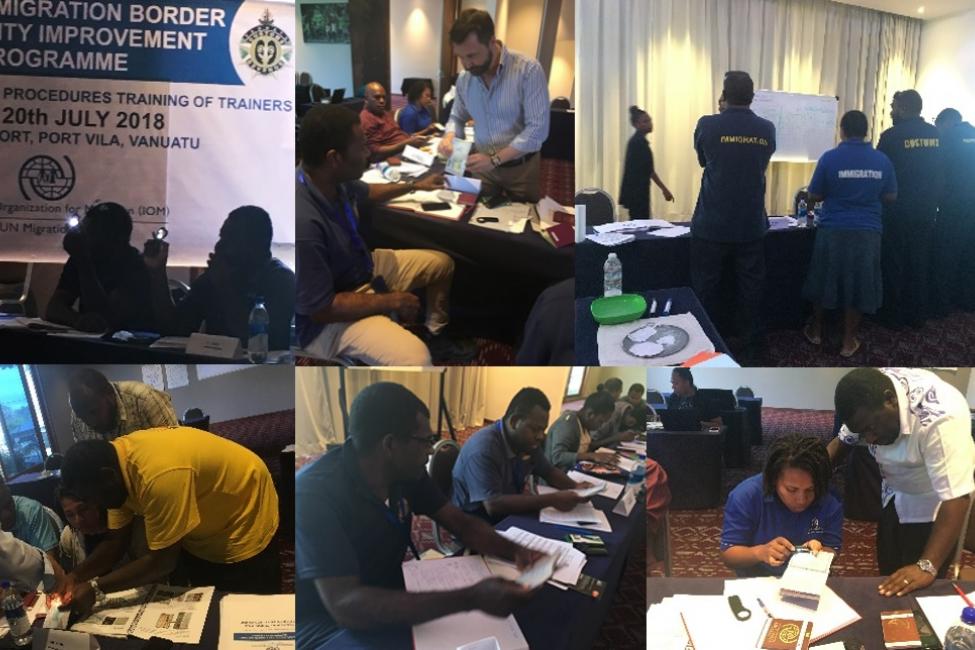 Port Vila – The eight-day Training of Trainers (ToT) on Passport Examination Procedures hosted in Port Vila, came to a successful close on 20 July 2018, with the formation of a joint team of 14 trainers of the Vanuatu Immigration Services and the Department of Customs and Inland Revenue.

The Secretary General of the Public Service Commission, Jacques Gedeon, who presided over the certificate award ceremony warmly congratulated the national trainers and stated that the Government looked up to them to contribute to strengthening the capacities of the national border control force of Vanuatu.

IOM’s Senior Regional Immigration and Border Management Specialist, Donato Colucci who facilitated the ToT, pointed out that the ‘training’ has now started for the national trainers, with the application of the newly acquired knowledge, skills and self-confidence.

The ToT was built around a consolidated curriculum comprising training techniques and passport examination procedures, delivered using a wide range of training methodology, combining knowledge acquisition and application of practical skills, to foster adult learning.  Additionally, to motivate trainees in making personal efforts, achieve set objectives and improve on previous performance, a pre-test and an ongoing evaluation process, followed by a final test, were integral components of the ToT.  By the end of the training, the impact was measurable, with a remarkable improvement in technical knowledge as well as training aptitudes, thus confirming the increased quality and sustainability of capacities.

The experience of the participants validated the positive impact of the ToT: