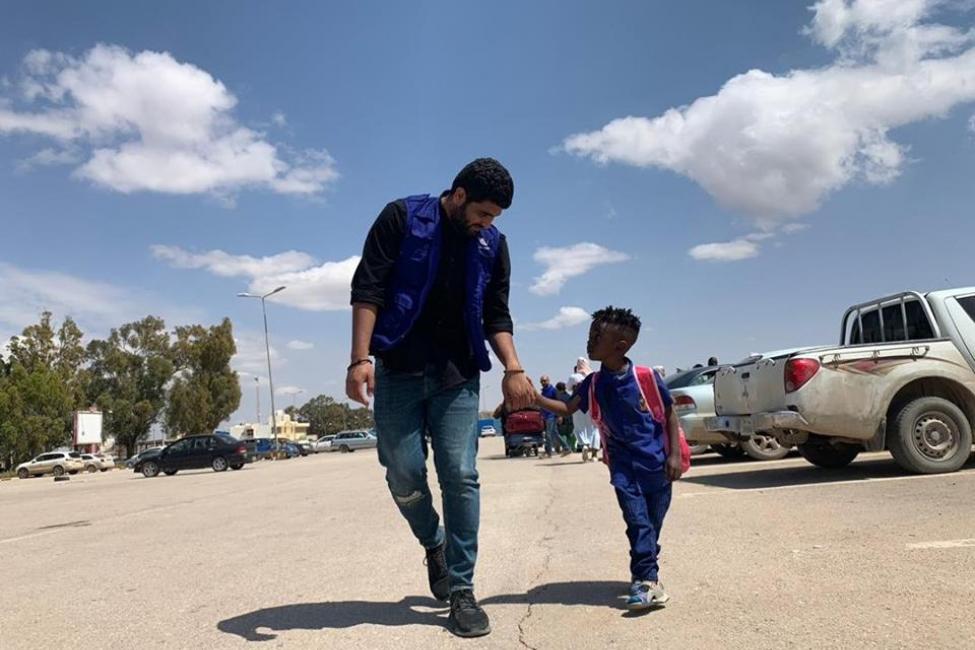 Brussels – Today, Antonio Vitorino, the IOM Director General and Filippo Grandi, the UN High Commissioner for Refugees, attended a lunch with EU Ministers participating in the first Justice and Home Affairs Council in Luxembourg after the European Parliament elections to discuss the challenges ahead on asylum and migration.

The Director General and High Commissioner called for leadership on asylum and migration and underlined that safe, orderly and regular migration is best achieved through a whole-of-government approach and in close cooperation with partners.

Despite the substantive decrease in the arrival of asylum seekers and migrants to Europe since 2016, a comprehensive approach to these issues remains lacking. A number of key areas were identified, where leadership is urgently needed.

The deterioration of the situation in Libya was highlighted as requiring more urgency in the responses, while peace efforts are sustained. The Director General and High Commissioner reiterated that Libya is not a safe place for disembarkation given the current conditions which make this country a dangerous and unsuitable place for refugees and migrants. In addition, the conditions in the detention centres to which people are transferred are appalling. More support is needed for those trapped in Libya, including more active support for the emergency transit mechanism from Libya generously facilitated by Niger, and alternatives to disembarkation in Libya.

In this context, more responsibility-sharing is required and the EU was strongly encouraged to lead by example. The Director General and High Commissioner welcomed the progress made on temporary arrangements for disembarkation within the EU. However, once again they reiterated their proposal for a predictable mechanism noting that it was not yet in place. Every boat adrift in the Mediterranean is further evidence that this simply cannot go on. They equally noted the progress made in North Africa on the development of protection space, and called for a change in narrative that focuses on partnership with countries beyond the EU, and responsibility sharing at the global level.

At the same time, they called for more and smarter funding to help displaced people to rebuild new lives in host countries where they live and to support conditions in countries of origin for return in safety and dignity. A comprehensive reintegration policy is key to achieving sustainability.

While welcoming the fact that EU Member States have increased the number of resettlement arrivals in recent years, the Director General and High Commissioner pointed to the need for additional opportunities for resettlement and legal migration pathways.

The Director General and High Commissioner equally expressed the hope that in these critical times, with a new European Commission in formation, the reform of the Common European Asylum System can gain a fresh momentum.

It is time truly to learn from the lessons of recent years and put in place systems that work. The Director General and High Commissioner strongly expressed their commitment to support the EU and Member States in these efforts.