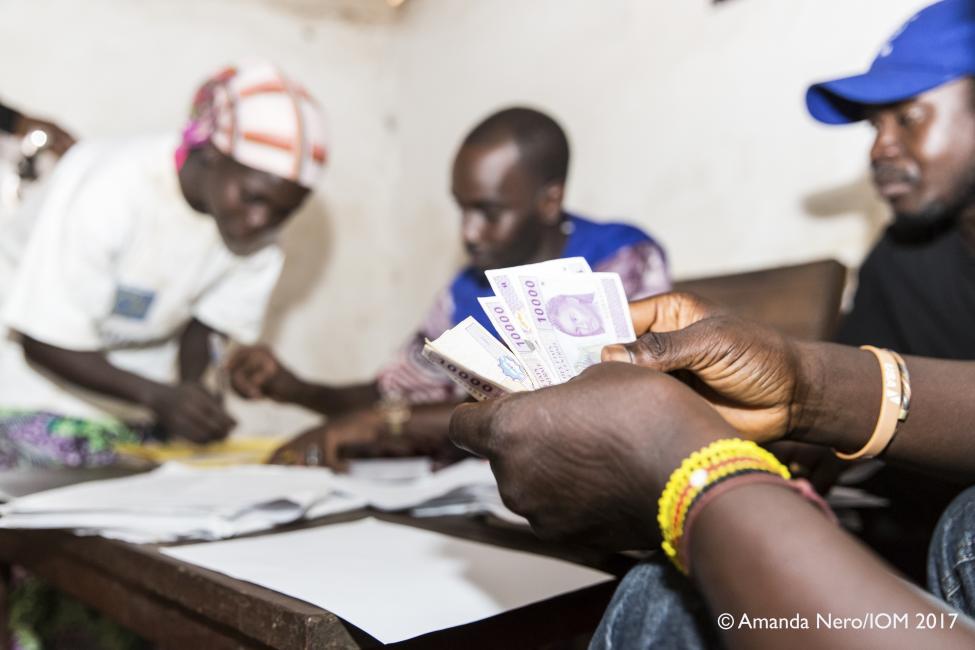 On the occasion of the International Day of Family Remittances (IDFR), proclaimed by the General Assembly in June 2018, the United Nations Migration Network (UNMN) joins the global community in recognizing the crucial contribution of migrant workers and their families to the implementation of the 2030 Agenda for Sustainable Development.

Remittances are a vital source of income for millions across the world, allowing families to improve their access to health and nutrition, to education as well as to housing, water and sanitation. Steady flows of remittances also promote the financial inclusion of households. The productive use of remittances positively impacts local communities through savings, investments and job creation.

In 2018, migrant workers sent home an estimated US$529 billion to their families in low- and middle-income countries, an increase of 8.8 per cent compared to 2017, according to the World Bank. Remittance flows rose in all regions, most notably in Europe and Central Asia.

In times of crisis and protracted displacement, remittance flows play a crucial role in helping families and communities survive and overcome extreme poverty, both in countries of origin as well as in refugee hosting countries.  In Africa, remittances have comprised the largest, and most stable, source of international financial flows to the continent since 2010.

In 2018, for the first time, private remittances—a source of capital from individuals, which should not be conflated with other international financial flows—represented at least three times the amount of official development assistance offered worldwide, while also surpassing foreign direct investment.

The Global Compact for Safe, Orderly and Regular Migration (GCM), adopted by the United Nations General Assembly in December 2018, affirms the role of migration in promoting positive development outcomes, and calls on Member States to leverage the contribution of migrants to achieving the Sustainable Development Goals (SDGs).

In Objective 20, the Compact encourages the global community to find ways to “promote faster, safer and cheaper transfer of remittances and foster financial inclusion of migrants” by building partnerships, engaging with the private sector and improving the regulatory environment.

Despite increased attention to the developmental potential of remittances, challenges to harness their benefits remain.

In the first quarter of 2019, the global average cost of transmitting remittances stood at roughly 7 per cent, more than twice the target of 3 per cent set by SDG 10.c. Lack of transparency about fees for transferring remittances, limited competition between service providers, the prevalence of informal remittance markets and difficulties in accessing formal financial services, especially in rural areas, constitute some of the major reasons why the cost of sending remittances remains excessive in many corridors.

Financial literacy of migrant worker senders and their recipients is essential to foster informed and rational choices about the use of remittances and remittances-linked services. This can help leverage remittances for development purposes. These are important steps towards achieving the objectives outlined in the Global Compact for Migration, which is rooted in the 2030 Agenda and the SDGs.

On the occasion of the International Day of Family Remittances, the United Nations Migration Network, bringing together 38 United Nations entities, reaffirms its commitment to advocate for the important contributions that migrants can make to reaching the sustainable development goals.