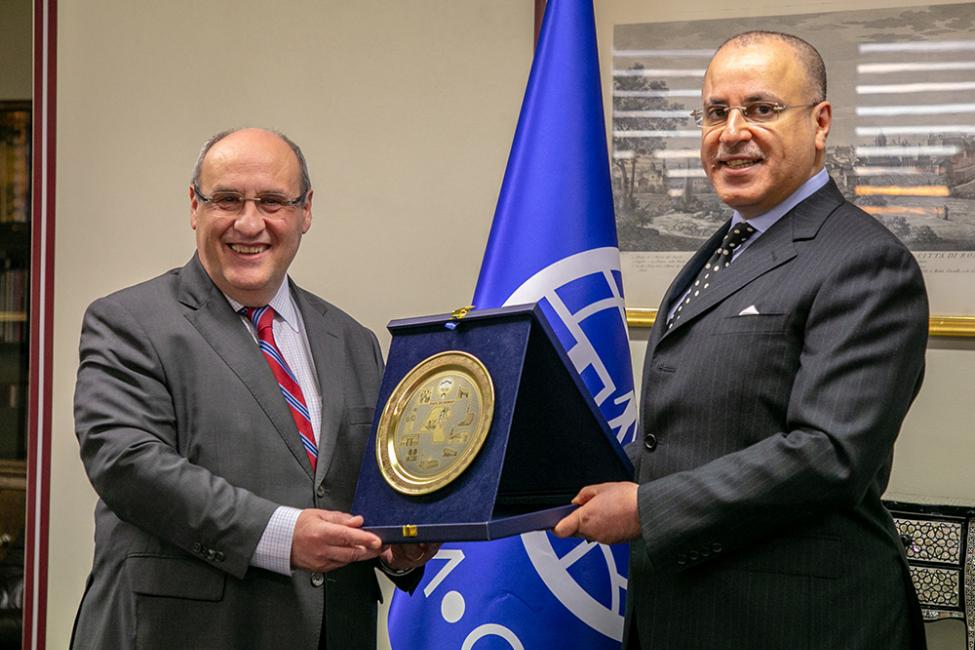 The Government of Kuwait contributed USD three million to fund IOM’s ongoing humanitarian response to the emergency in Syria in 2019. This marks the sixteenth straight year of donations to IOM from Kuwait, exemplifying the country’s continued commitment to IOM's global humanitarian interventions.

"This contribution reflects Kuwait’s leading humanitarian and policy role in the Middle East and North Africa region, and in the Gulf Cooperation Council. Kuwait has become one of IOM’s biggest partners, contributing significantly to advancing migration governance,” said DG Vitorino.

The funds will help save lives and improve the conditions of conflict-affected populations, including internally displaced persons (IDPs), refugees and returnees.

Domestically, the Government of Kuwait has increased efforts in combating human trafficking, and in managing labour mobility. IOM continues to expand its technical support to the Government on programmatic areas, such as community cohesion and victim protection, through capacity building programmes.