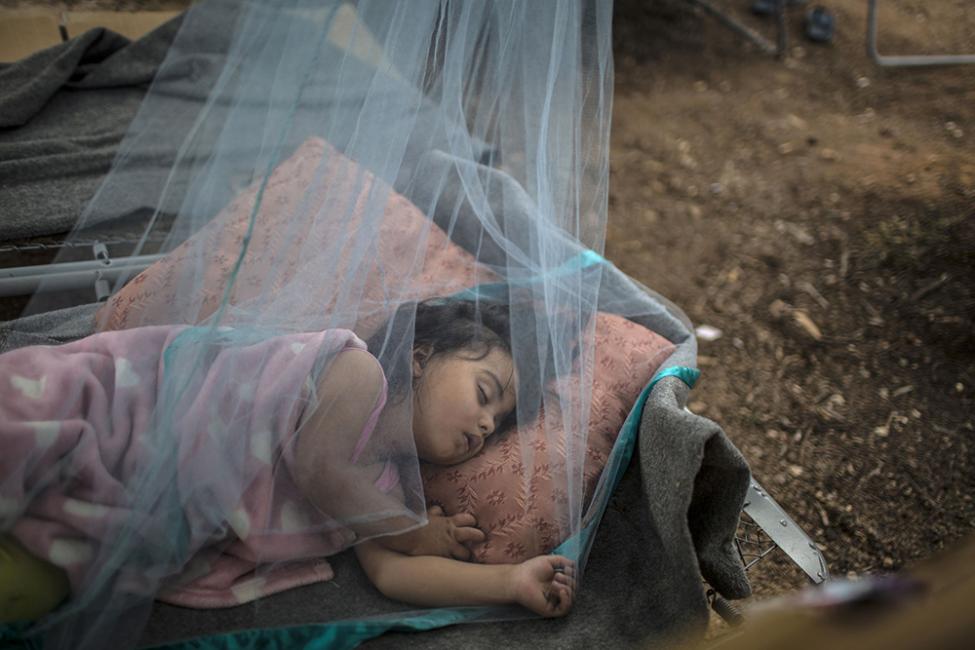 21-month-old Afghan refugee Anna Rahmoni sleeps under a mosquito net outside her family's tent to escape the heat trapped inside the tent, in Malakasa camp north of the Greek capital. Photo: Muhammed Muheisen 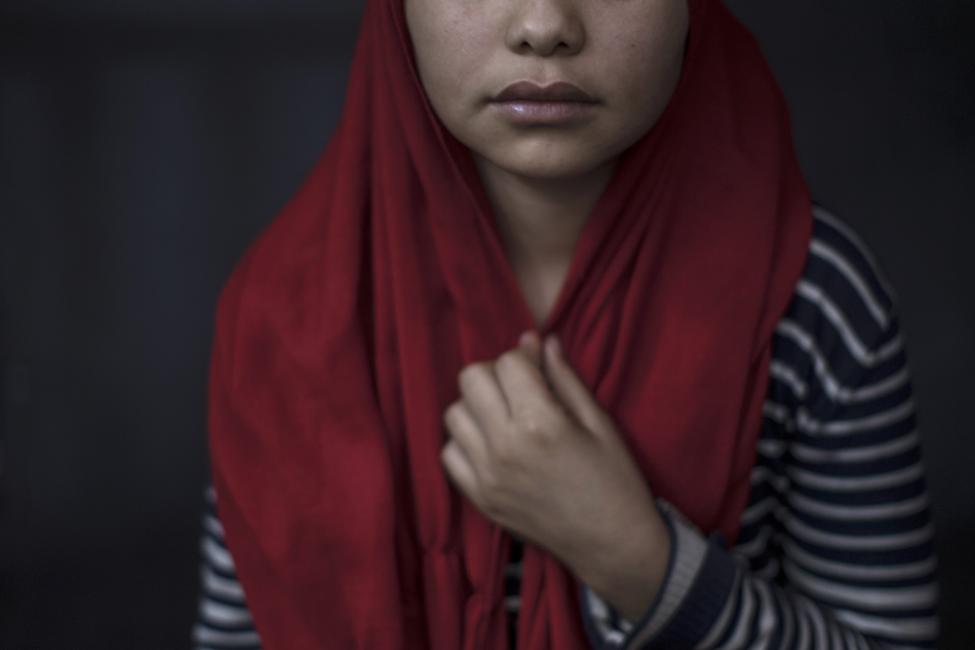 Manar Abdulrazaq, a 12-year-old Syrian refugee from Deir ez-Zor, poses for a picture inside her family's shelter in Elefsina camp Northwest of the Greek capital. "I wish to go back to school, we had to leave our home in Syria after it was destroyed in an airstrike, I still can remember the sound of the fighter jets in the sky, it was so scary." Photo: Muhammed Muheisen 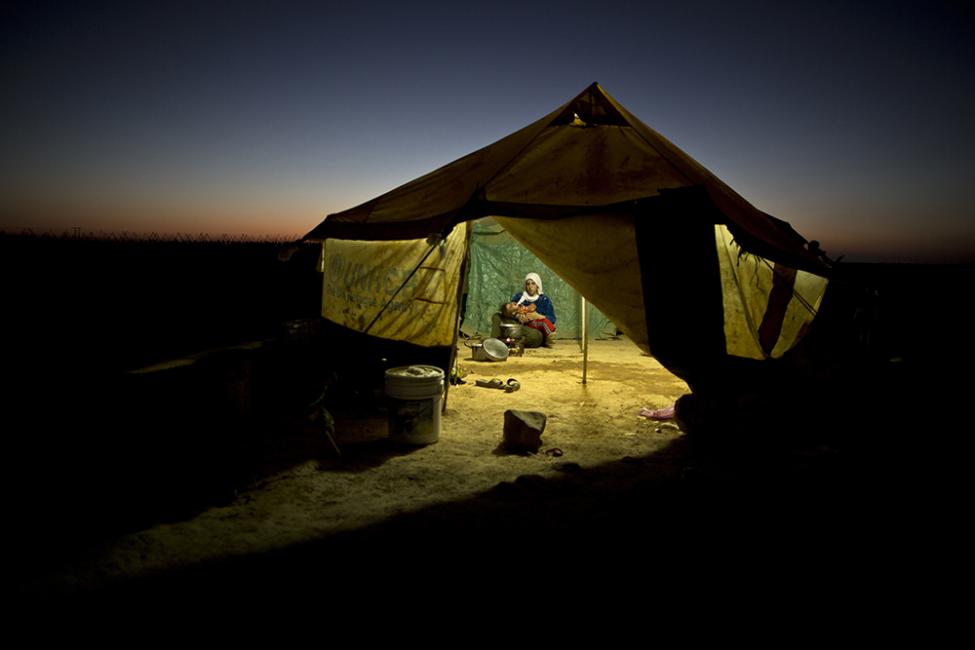 A Syrian refugee woman tends to her daughter while cooking inside her tent in an informal tented settlement on the outskirts of Mafraq, Jordan. Photo by Muhammed Muheisen 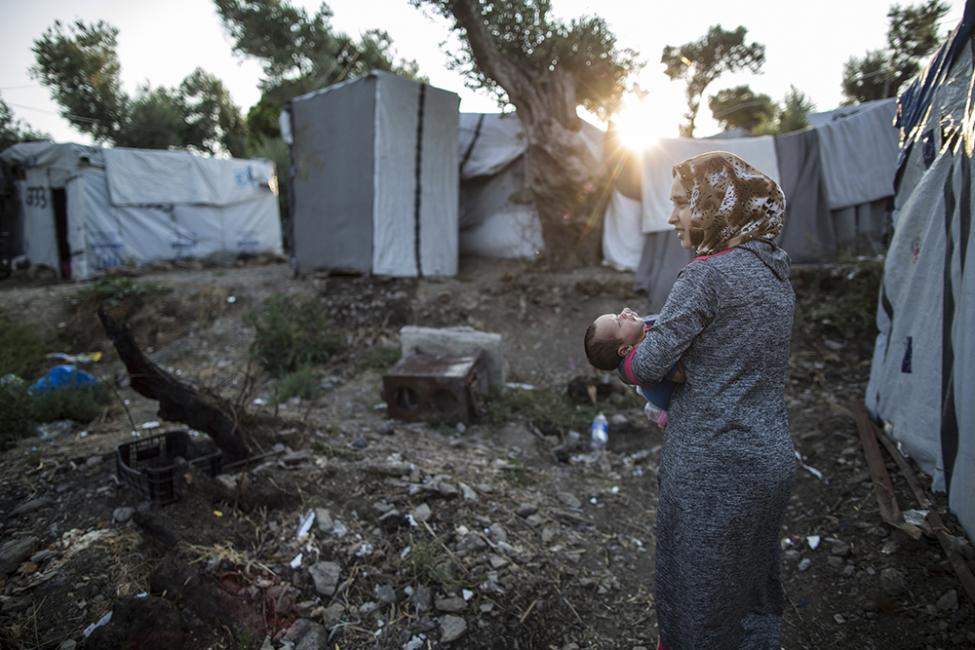 19-year-old Syrian refugee Narmeen Zaytoun from Idlib, holds her 23-day-old son Mohammed while walking to her cousin's tent at the informal extension of Moria camp in the Greek Island of Lesbos. "I want what every mother wants, to raise her children in a safe place and wish them to grow up and become something”. Photo: Muhammed Muheisen

Athens — IOM, the UN Migration Agency, is organizing a photo exhibition titled “Light on the move” at Museum of Cycladic Art in Athens, featuring the work of world-renowned photographer Muhammed Muheisen — a two-time Pulitzer Prize winner.

Inspired by Muheisen’s photography on the themes of migration and displacement and drawing from a catalogue that spans over a decade, the pictures in the exhibition depict the everyday life of refugees, migrants and internally displaced people, as well as the challenges they face.

Men, women and children from Syria, Greece, Pakistan, Afghanistan the Netherlands and many other countries, remind visitors that human nature acknowledges no borders and that mankind is present everywhere, regardless of nationality, religion, age or gender; people on the move, carry and share their own light.

“Nobody leaves their home unless they’re forced to leave their home, and that’s what I try to show in my images. For me, it’s a story of the people. We always use the word refugee, but behind the word, [there] are people with dreams, people with stories, people with history and backgrounds,” said Muheisen. “It is not only a picture of a child, it is a message from a child from [one] part of the world to another child from another part of the world. I personally believe that through photography we can make a real difference, big or small, at least we can start somewhere. By portraying them my goal is to carry their voice to the world.”

Muhammed Muheisen is a Jordanian photojournalist, a National Geographic Photographer, founder of the Everyday Refugees Foundation and a Canon brand ambassador. In 2013 he was named Best Photographer of the Year by TIME Magazine.

He has covered major events around the world, in Asia, the Middle East, Europe, Africa and the United States of America and has been documenting the refugee crisis across the Middle East, Asia and Europe for over a decade. This is the first time Muheisen is exhibiting his photographs in Greece, as a generous donation to IOM Greece, one of the basic actors in the field of migration.

The photo exhibition is mainly sponsored by DELTA Company, under its framework of activities which support Greek society and underline its challenges.