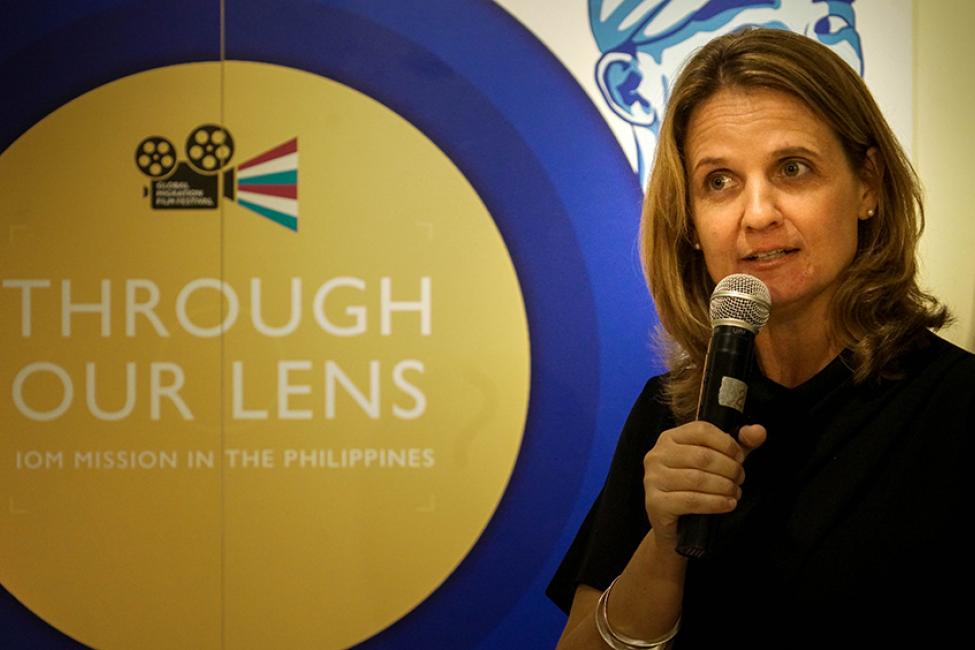 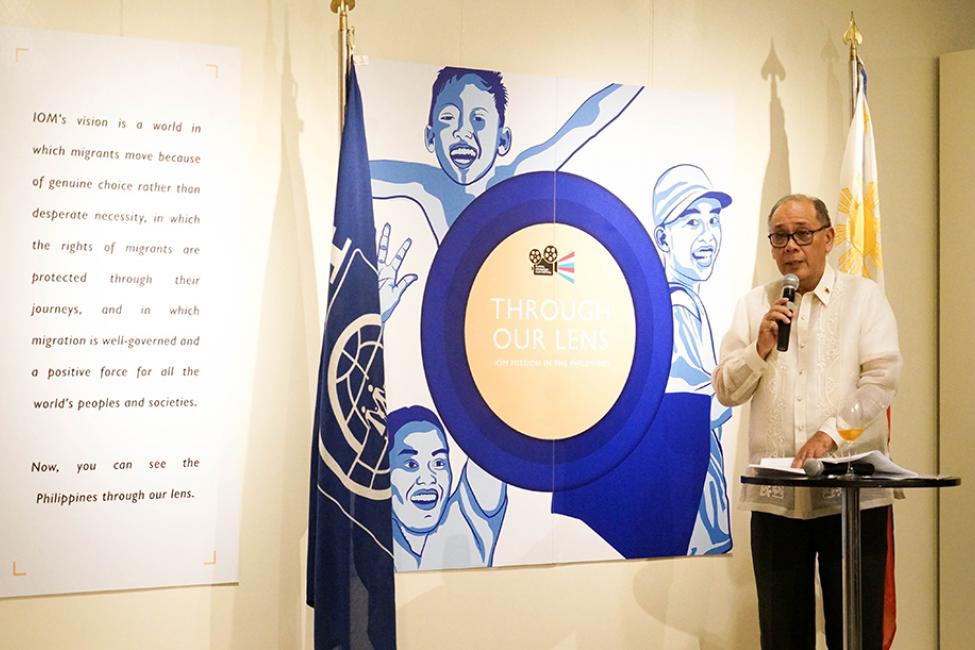 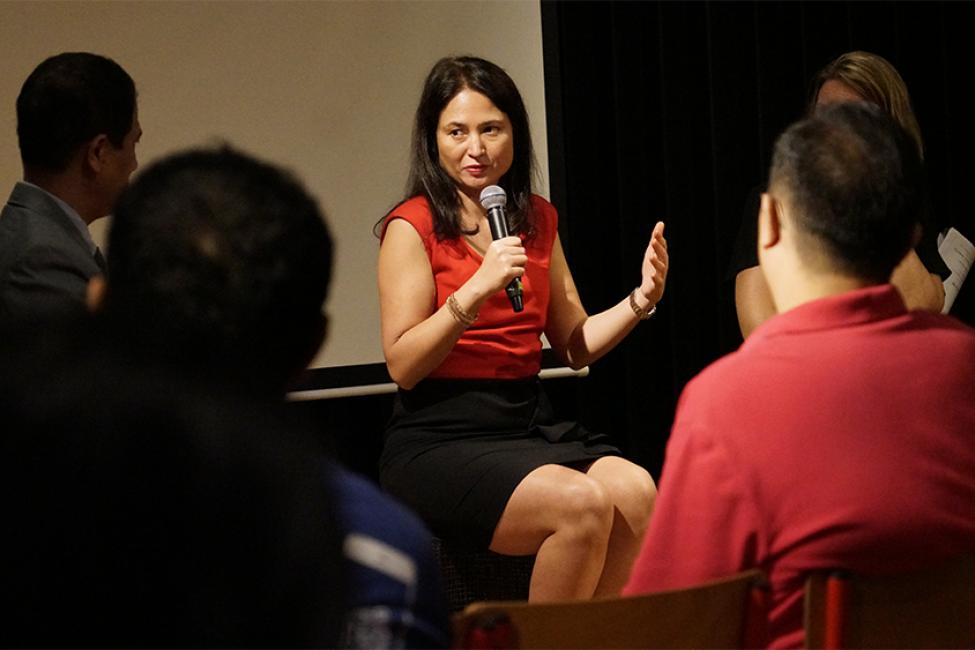 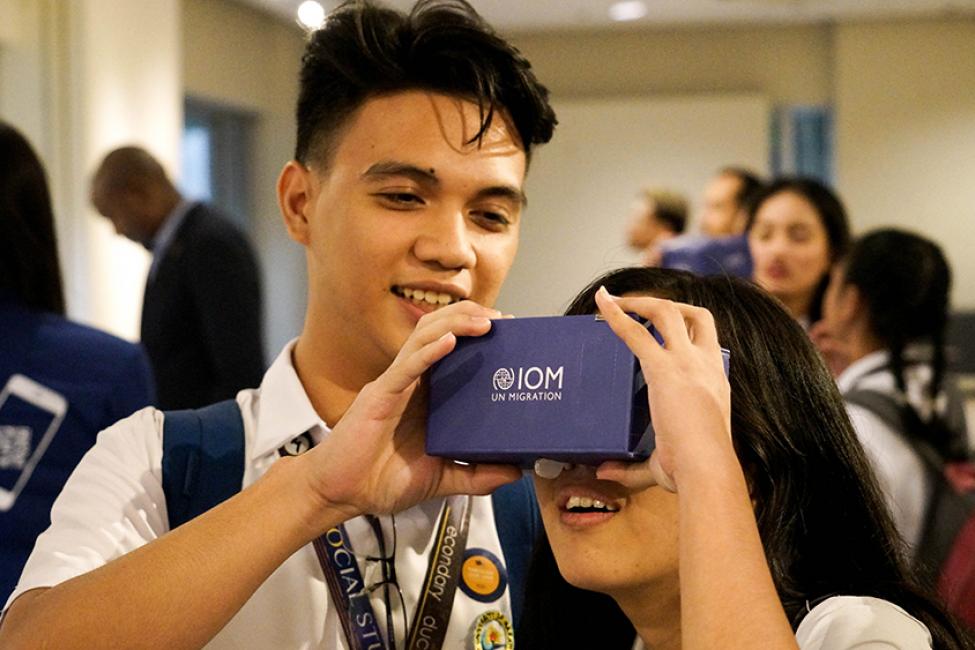 Some university student at the Holding On exhibition during the GMMF event. Photo: IOM/Julie Batula 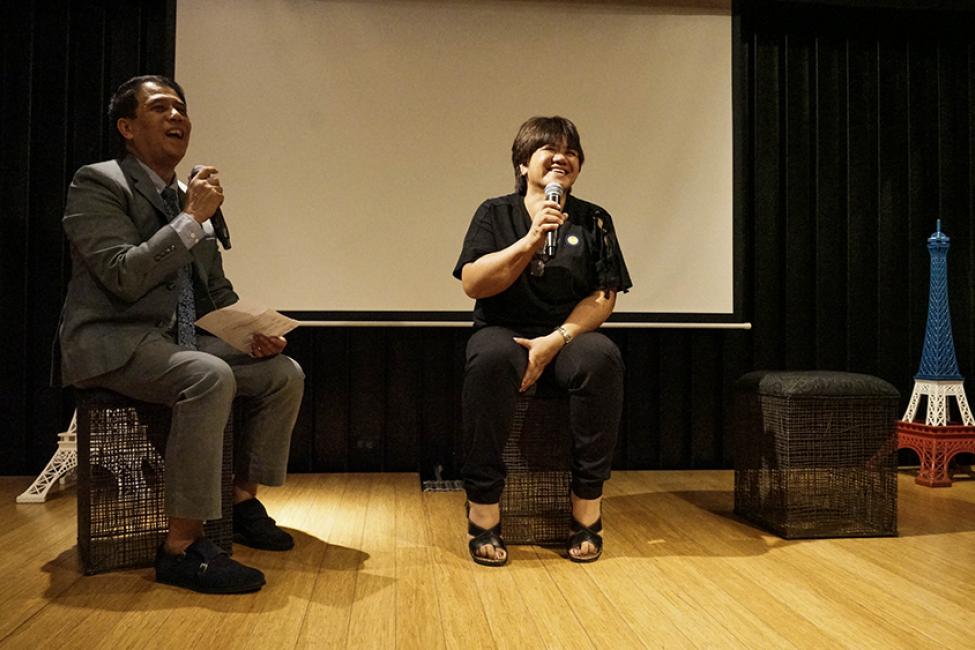 Manila – Alliance Française was once again the venue for yesterday’s (13/12) Manila leg of the Global Migration Film Festival, which was well attended by senior government officials, diplomats, UN agency and private sector representatives, university students and the local community.

This year’s event also celebrated the adoption of the Global Compact for Safe Orderly and Regular Migration and International Migrants Day, which falls on 18 December.

Curiosity, Adventure and Love is a captivating story of Jessie Lichaucho, the now 107-year-old matriarch who migrated to the Philippines at the very young age of 18 and whose life has intertwined with nearly a century of Philippines’s pre- and post-World War II history. Jessie’s grand-daughter, Sunshine Lichauco de Leon, the film’s director, attended the screening and shared her experience of directing and producing the film.

Together Apart is a story of resilience, and importantly about the significant contribution that Overseas Filipinos workers make to the Philippines and even more so, to the countries and communities where they are working. One of the film’s protagonists Carren Pacuyan was present and discussed the film and her experiences as OFW in Cyprus, with the audience after the screening.

Speaking after the screenings, Kristin Dadey, IOM Chief of Mission in the Philippines said, “Films about migrants are films about life; they allow us to see migrants as fellow human beings, and not as faceless threats or mere statistics.  Films counter toxic stereotypes about migrants – they show migrants as ordinary people – just like you and me.”

Welcoming the adoption of the Global Compact for Migration, Dadey also lauded the contribution of the Government of the Philippines, which helped ensure that the final language captured a rights-based approach to the protection of migrant workers.

In his remarks, Ernesto Corpuz Abella, Undersecretary for Strategic Communications and Research in the Department of Foreign Affairs quoted Secretary of Foreign Affairs, Teodoro Locsin Jr’s speech delivered in Marrakesh when he said, “No one state can address migration alone, nor should any state take the lead in saying what can be done for and about it. That, simply, is the message of the Global Compact for Migration.”

IOM Philippines also used the occasion to showcase the Holding On exhibition and presented images and videos of the Organization’s work across the country.